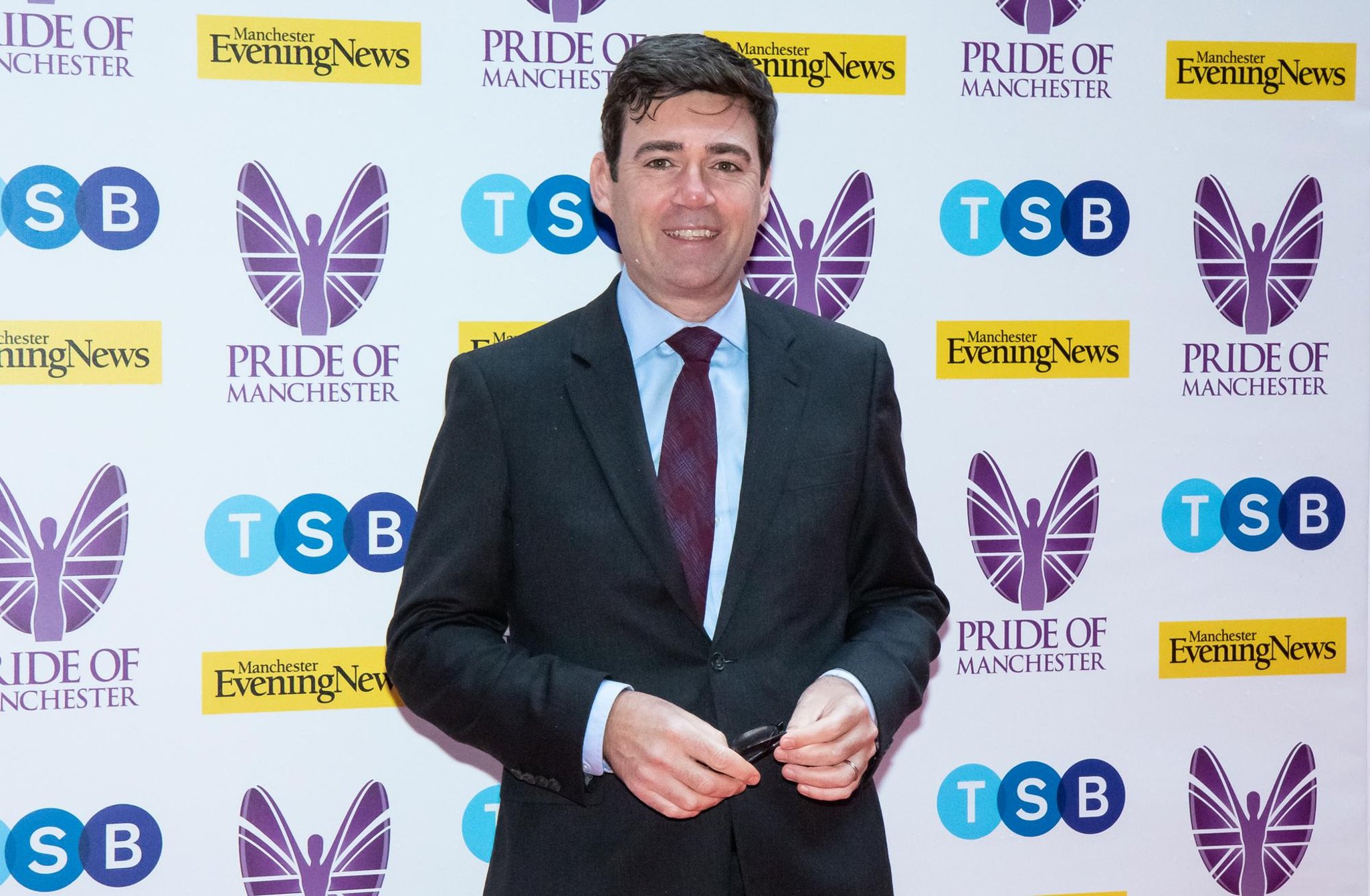 Can a unified state accept such a rupture? It could be argued that this result would be so disruptive that the secession of Scotland should not be allowed. Why would it be acceptable to accept the secession of Scotland more than another part of the UK, say Yorkshire with a population similar to Scotland? What about Greater Manchester now with a dynamic and popular mayor? Are there features of parts of the UK that justify secession?

Register now to our Opinion newsletter

Register now to our Opinion newsletter

Can anyone explain to me why the Scottish Government is telling LNER to prevent people from sitting side by side when you can sit next to someone else on an EasyJet flight to destination of London without any objection from any government?

I just read the self-righteous article from our Social Security Minister Ben Macpherson on the brilliant job the Scottish government has done in implementing devolved benefit administration (Perspective, July 20). It certainly demolishes the myth that the taking of these powers was, and some cases are still, delayed and deferred due to inability to cope. This success will also reassure any elders who are concerned about how the state pension would be paid after Independence, as there are obviously plans in place for a smooth transition to a new Scottish DWP.

Or does the myth that the Scots will always receive the payment of a British pension pot at Newcastle persists?

There appears to have been little comment so far on any significance for Westminster Health Secretary Sajid Javid to have tested positive for Covid after having both jags. The important point is that the minister isolates to prevent further spread of the virus.

It is then obvious that people who have been vaccinated twice can not only contract the virus but also spread it. The continued spread of the virus will allow the development of mutations, some of which will mutate (be incorrectly copied) by the cellular mechanisms (organelles) that the virus uses. The variants from doubly vaccinated people will naturally be selected to minimize the effects of these vaccinations on viral reproduction.

The greater the number of infections, the greater the risk of the appearance of dangerous variants. Eventually there will be mutations in the virus that are not hindered by the vaccination. Such variants already exist elsewhere, hence the concern for travel in France.

We are in the third wave of the epidemic. The previous two waves peaked due to blockages. Disease modelers are likely to hope that vaccination and natural immunity will end the current third peak in infections. Modelers surely won’t know yet if the characteristics of the delta variant are such that people take longer to develop dangerous symptoms or take more of the artificial 28-day limit to die after Covid testing – and have they taken into account take into account the fact that people who have been vaccinated twice can also transmit the infection?

We probably need the third “complementary” vaccination to effectively stop the transmission of the virus and protect those vaccinated. Why is Westminster conducting this experiment now in the teeth of the storm?

The Scotsman’s recent article on “Freedom Day” reports Professor Mark Woolhouse’s view that England is conducting a dangerous and unethical experiment. It seems that this point of view is taken up by 1,200 international scientists. Will the Scottish government heed the scientists’ call and keep us safe?

Elizabeth Hands’ all-important point (Letters, July 20) about the dangers to public health of untested illegal immigrants with Covid arriving from afar after passing through many countries en route applies no less to the thousands of delegates expected to attend the COP26 climate discussions to be held in Glasgow in November. These legal immigrants, representing an extra ‘elephant in the room’, especially if not vaccinated or tested, will bring viral variants to Scotland, including resistant types as well as other diseases.

The COP26 conference cost considerable sums of money and represents a major threat of disease transmission and medical and hospital expenses.

Gill Turner’s obviously took the time to compose its last missive, but only in English (Letters, July 20). Whatever the origins of the Scottish Government’s Gaelic policy, it is still a total waste of money and resources, especially when funding is badly needed in so many other areas of education.

As for the “thousands” of people learning Gaelic, I haven’t met many. In my own knowledge, the only examples of this happy group went to the Gaelic School in Glasgow, as it offered them smaller classes. I cannot comment on the language question in Wales, as I am not aware of the situation there.

I would make an effort to learn Gaelic once it was written in a conventional grapheme-phoneme correspondence. Currently, its readability is too much of an obstacle for many of us.

I was appalled by the total ignorance of the participants from Scotland in Monday’s BBC2 University Challenge match between St Hilda’s Oxford and UCL. The border abbeys were in Dunbartonshire, the Scottish founder of the American parks was Teddy Roosevelt and the great division of middle Scotland was not the Great Glen, but Grampian …

Such ignorance by the so-called great brains of Britain and England about us in Scotland does not bode well for our self-interest and well-being – a small, far-off country that we know little about and care about. less (to paraphrase Chamberlain) seems to be the message.

So shouldn’t we realize that we need to take care of ourselves and do it as soon as possible.

Leah Gunn Barrett likes to throw statistics at us, even if some of them are not worth the paper they are written on (Letters, July 17).

For example, how can you compare the number of new Covid infections in Scotland with those in England without taking into account population density. England has 11 times the population of Scotland, living in an area less than double that of Scotland.

Perhaps she would like to give us some precise statistics on how an independent Scotland would have survived the past 18 months without the billions of pounds poured into the Scottish economy from the British Treasury? We would have been an independent Scotland without a clean currency, without a central bank, our main sources of income dwindling rapidly and outside the EU and UK markets.

Before using the “B” word as a solution to the above problems, let’s remember that a newly independent country with the drawbacks listed above would have found borrowing on a huge scale would not have been an easy task. and if we had succeeded in one way or another, the interest and repayments would have undermined our economy for years to come. I fully understand the emotional appeal of an independent nation to many Scots. We’ve all been there at one time or another.

However, living in an independent bankruptcy is hardly an attractive thought.

The news of the army of more than 50 press advisers to the Prime Minister is startling. He embodies the rampant narcissism that engulfs the leadership of the current SNP administration. These are numbers that would suit the President of the United States or other great world leaders, not the head of a decentralized administration in the northern part of the UK. Remember, all of us taxpayers are footing the bill for this ego party.

Doesn’t he think of former Councilor No.10 Dominic Cummings that if the Prime Minister made this remark about the over-80s, he must have felt he had a sympathetic listener in Cummings?

I have a question about Prince Harry’s new book: is it for reading or coloring?

We welcome your thoughts. Write to [email protected] including name, address and phone number – we will not print all details. Keep letters under 300 words, without attachments, and avoid “letters to the editor” or the like in your subject line.

Thank you for reading this article. We depend on your support more than ever, as the change in consumption habits caused by the coronavirus is having an impact on our advertisers. If you haven’t already, consider supporting our trusted and verified journalism by purchasing a digital subscription.

Michelin-starred restaurants, boutiques and superyachts – the new face of Malta is emerging