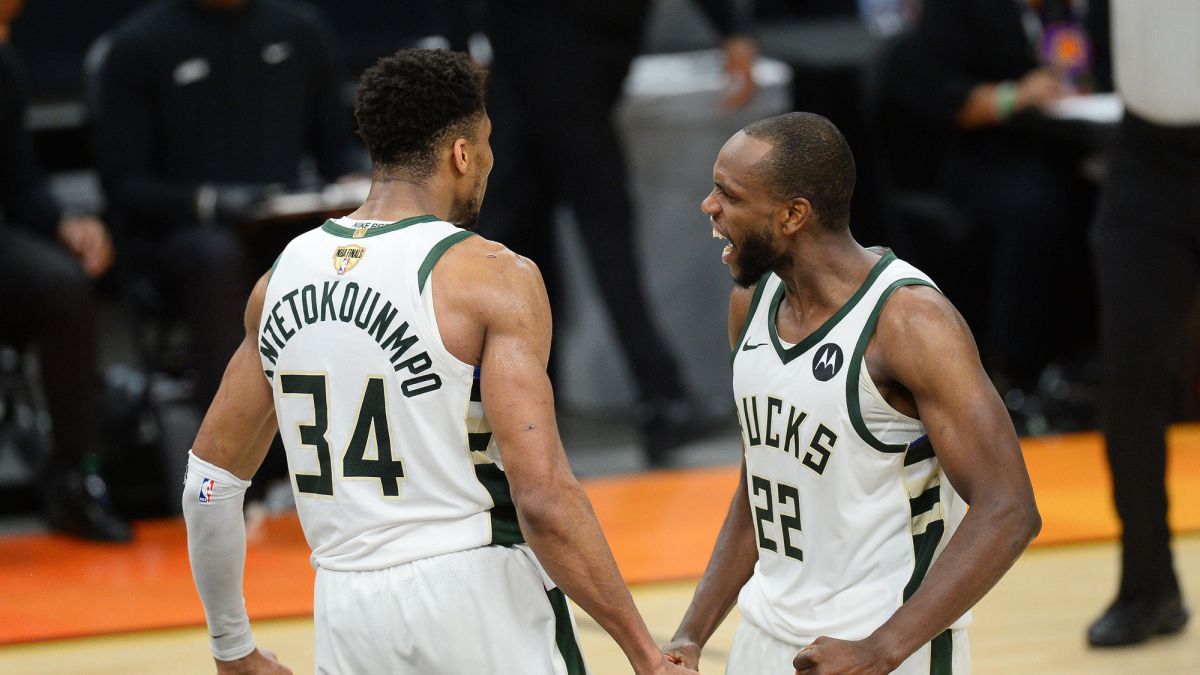 The Milwaukee Bucks are NBA champions for the first time in 50 years after beating the Phoenix Suns 105-98. Giannis Antetokounmpo was named MVP of the final and closed his season with one of the most memorable performances in NBA Finals history to seal the victory of Game 6 and give Milwaukee its second title in franchise history.

There were nearly 80,000 fans inside and outside the Fiserv Forum to witness the story as the Bucks narrowly edged out the Phoenix Suns. The best offensive team of the regular season did it again on defense to win the Larry O’Brien Trophy.

After going 0-2 for the second time in the playoffs, the Milwaukee Bucks responded with four straight wins to claim the title on their home turf.

It was almost an exact role reversal for both parts of Game 5 to Game 6. On Saturday in Arizona, the Suns took a double-digit lead, but the advantage was short lived as the Milwaukees quickly erased the lead in the second quarter.

A story of two quarters in the first half

An 11-2 run gave the Milwaukees a 13-point lead heading into the second quarter, but the Suns reduced their lead to 3, scoring ten straight points on the shift change. It took just 6 minutes to tie the Bucks, and Phoenix took a five-point halftime lead after beating the Bucks 31-13.

Giannis explodes in the third quarter

Giannis went into hero mode coming out of the locker room, scoring 20 points in the third quarter. At the start of the fourth quarter, the Greek had 37 of Milwaukee’s 77 points.

Antetokounmpo was not only sensational on the pitch, but also managed 17 of 19 free throws, many of whom arrived at the end of the fourth quarter to claim the victory and the title from the Hungry City. The Greek saved the best for last in a postseason series that has given so many incredible performances. Giannis finished the game with 50 points, becoming the seventh player in NBA history to score 50 points in a playoff game.

The Bucks’ defense is getting under way late

The game was tied early in the fourth quarter, but the Bucks, on Antetokounmpo’s chiseled shoulders, took the lead early and didn’t let go. At the end of the game, we saw what we saw throughout the Champions Playoffs. The league’s best offensive team is cracking down on defense and Khris Middleton steps up with a few clutch baskets in vital moments.

Middleton finished the game with 17 points, but the timing of his baskets is what made the difference for the Bucks down the stretch. Bobby Portis had another very energetic night as he fed the Forum Fiserv crowd with his defense and dropped 16 points off the bench.

Chris Paul led the Suns with 26 points, and Devin Booker came to life in the second half after scoring just 4 points in the first quarters. The Suns were frustrated with the Bucks’ defense late as Milwaukee increased the pressure and disrupted Paul and Phoenix’s offensive flow.

The Suns managed to close the gap to four with just over 90 seconds to go, but Middleton pulled off the blow of the night by disappearing from a ball screen to seal the game for Milwaukee.

A frenzied Fiserv forum vibrated, inside and out, as the last seconds drew to a close and the Bucks wrapped up their second NBA Championship in franchise history,

Giannis the MVP of the final

To anyone’s surprise, Giannis Antetokounmpo was named MVP of the final by Commissioner Adam Silver. The Greek who was a big question mark in this series had three performances of over 40 points and averaged 35 points and 13 assists to crown the NBA Bucks Kings.

US Surgeon General: “The pandemic is not over” | Voice of America