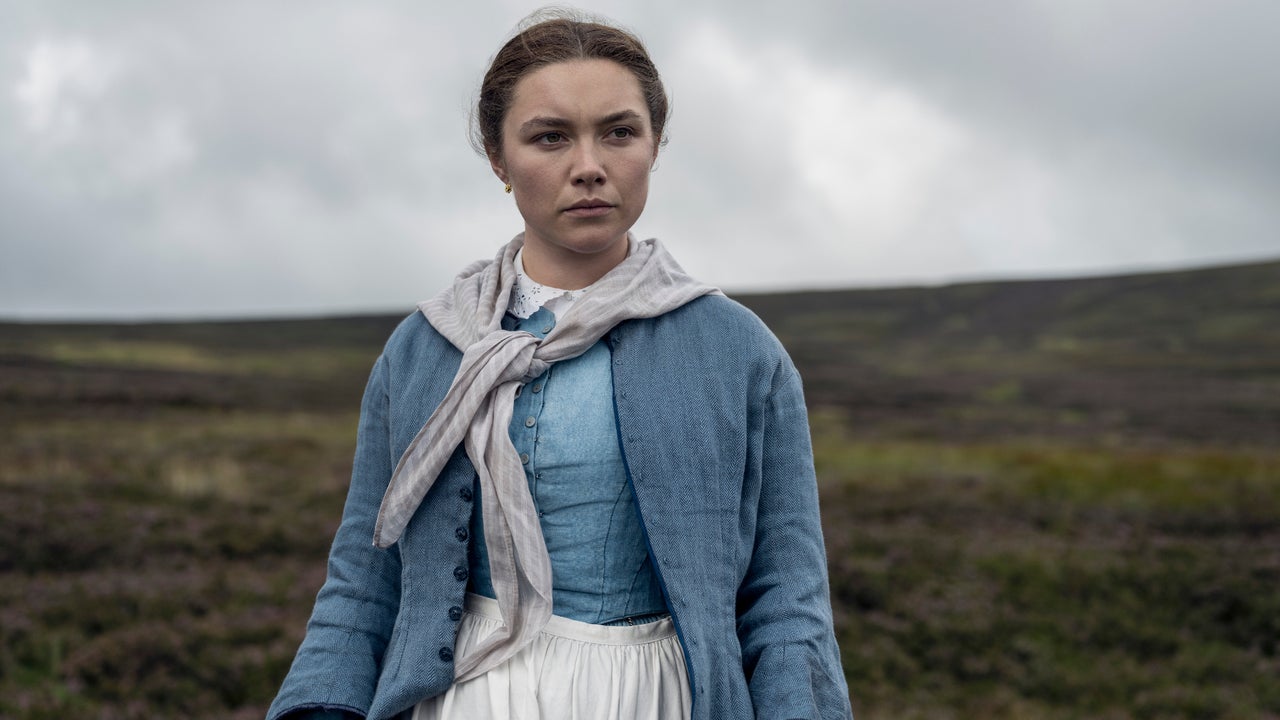 The Marvel is now in select theaters and premieres on Netflix on November 16.

Director Sebastián Lelio has made notable films including the Spanish-language drama Glora, its English-language remake Gloria Bell, and its formidable 2018 Best Foreign Language Film Oscar winner A Fantastic Woman. Each is both grounded and imaginative, with a lived-in, familiar quality that makes up for any lack of visual embellishments. Unfortunately, his latest film, The Wonder, loses familiarity in the service of a mystery presented without mystery, about a 19th-century English nurse who travels to Ireland to investigate a miracle, unraveling a tale of deeply held beliefs. and even deeper regrets that read like demons on paper, but come across as mere inconveniences in practice.

The year is 1862. It’s been just over a decade since the Great Famine, and battlefield nurse Lib Wright (Florence Pugh) has been summoned to a small Irish town. She has been assigned, by the township elders, to watch over a young girl named Anna (Kíla Lord Cassidy) who some say hasn’t eaten since her 11th birthday, a whole four months ago. Lib’s job is to observe and verify, even if his sense of duty compels him to do otherwise, if only for Anna’s safety. The Wonder doesn’t really care about the “how” of the girl’s survival, but about the “why”.

Made from a screenplay by Emma Donoghue (which she adapted from her own novel, much like she did with the film Bedroom), The Wonder is designed as a story of stories, opening with a modern film setting before delving into the past. There’s even a voiceover that references the importance of stories and how people cling to them, setting up a story of bigoted religious belief that manifests itself in watching over a dying girl. hunger just a few years after a famine. Surely there must be reasons for this – whether good or bad, these are reasons that Anna and her family must still believe – and in trying to discern those reasons, Lib ends up exposing parts of his own. past, and his. tragic story, which shed light on his concerns.

The problem is that these stories (and the film’s own thoughts on storytelling) are far more compelling in theory than in execution. While young Cassidy delivers a haunting performance as a girl pretending to survive only on “manna from heaven”, Pugh’s character is more empty than reserved, due to a visual approach far too restrained for a story of lingering doubts that conjure up horrible thoughts and memories. The cast includes heavy hitters like Toby Jones and Ciaran Hinds, who play members of a board meeting to discuss Lib’s duties, but they’re made to feel like an afterthought. Much of The Wonder’s experience is akin to watching rehearsals filmed in pre-production, with little direction, movement or pacing to enhance what is clearly very heavy text, given the facts. which are ultimately discovered on several central elements. characters.

That’s all they are, though. Just facts, despite Ari Wegner’s warm, dimly lit photography that seeks to make the story intriguing, and Matthew Herbert’s creepy, ragged musical tones that are filled with distorted vocals and seek to dislodge your sense of ‘balance. Rather than using staging, framing and movement to complement these strengths, Lelio decides to abstain, in favor of a more observational approach – but what he observes is rarely expressive enough to speak of. -same.

The Wonder is the rare film where you might get the most out of reading a plot summary.

Lib and the film both meander in what should be a powerful (and powerfully self-reflective) narrative about how sticking to stories, beliefs, and rituals can both hinder and liberate. Even the handful of moments where faith is challenged, through dialogue, results in few characters where the audience feels shaken. And when the story does finally take minor twists – calling them “twists” or even “deviations” would be generous – it’s often hard to tell which moments are meant to be emotional highs, and which are lulls or connective tissue. After a while, everything seems flattened into a seamless mass, rarely stirring and almost never inspiring curiosity, let alone emotional intrigue.