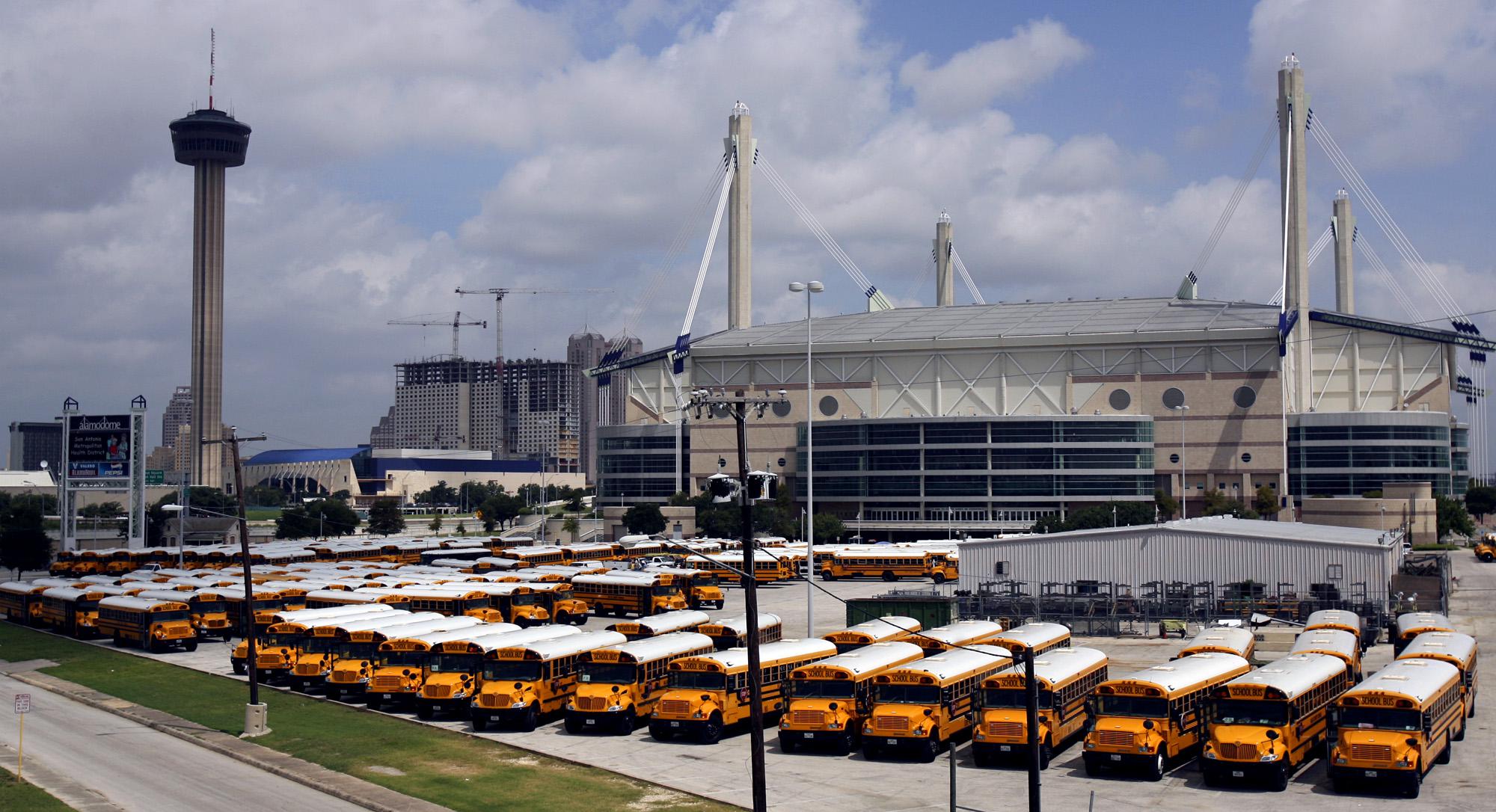 VIA apologized; Alamodome does not have

I read with interest the article about a group of investors buying the Missions baseball club and building a new stadium downtown (“Group of investors seeks to buy Missions”, Front Page, Tuesday).

I’m a huge baseball fan, but I agree with County Commissioner Tommy Calvert on using taxpayer dollars for a minor league sports team. He comments that there are more pressing issues, such as “high prices for gasoline, food, public safety and housing.”

He then states that The Link is the “only logical project to complete San Antonio’s historic River Walk”.

I guess I missed something. There’s nothing wrong with spending taxpayers’ money on The Link. But how does this contribute to food and gas prices, public safety and housing? I guess it’s okay to spend on anything that floats on your boat.

Chaos in the Alamodome…

The city of San Antonio and Alamodome management have really let down paying patrons for the Elton John show on October 29.

We arrived at 7:30 p.m. and entered the building at 8:40 p.m. Our tickets clearly indicated Gate 3. But Gate 3 was closed, along with many other gates. The few open doors had very few ticket scanners and couldn’t begin to let enough people in.

It was a dangerous situation that came and went. Door 4 was knocked over when someone inside opened an exterior door.

The Alamodome was insufficiently staffed to handle the massive crowd. It was dangerous and scary to see people pass a baby on a 7ft drop and others jump over a retaining wall to get out of the nearly overwhelming crowd.

VIA publicly apologized; the Alamodome does not.

Kudos to the San Antonio Police Department who did a wonderful job helping those of us who walked miles and crossed different streets.

It was Elton John’s last trip to the Alamodome, and mine too.

… and in the street

I drive for a company of drivers. We have driven groups, corporate and private, to and from the Alamodome for over 12 years. The Elton John concert was the first time someone got traffic control completely wrong. It was total chaos.

It took over an hour to drop my group off at parking lot A and another at parking lot Bill Miller. Anyone without a parking permit had to walk at least half a mile, and in most cases at least a mile. Many spectators had to be at least an hour late.

And why did the city have to block off all the streets surrounding the dome after the concert? How to recover our groups? I was told the streets would open at 1am; the concert ended at 11 p.m. Traffic, in both directions, has been completely at a standstill for the longest time.

If the city hadn’t blocked any streets, I think we would all have followed the signs, and pickup and drop off would have been much faster. If I personally hadn’t done some, let’s say “original” manoeuvres, my group would have waited until 1am.

I think it’s too long.

Asleep at the altar

Monday’s editorial page was a perfect example of why economics should be considered a religion, not a science.

You have New York Times columnist Paul Krugman conjuring up murky statistics to prophesy a Republican Congressional debt apocalypse. Below him are Professors Amitrajeet Batabyal and Hamid Beladi invoking the authority of a former Harvard president to drive out the heretic Krugman.

Take away the combinations and bar charts, and you have the most boring religion in the world. Are you a Keynesian or Friedman’s sidekick? Supply-sider or Austrian school?

It would be almost funny if those in power didn’t listen carefully to these modern-day wizards.

The GOP is on the wrong track

Re: “Sosa hits out at GOP in O’Rourke ad”, Metro, Wednesday.

Thank you, Gilbert Garcia, for your column on Lionel Sosa.

I had to look up the word “loyalty” because I had never heard it before, but it was such a perfect definition of what’s going on with Republicans and Donald Trump.

With the exception of Sosa’s vote for Trish DeBerry for Bexar County Judge, every word in this column is exactly how I feel. Unfortunately, I see DeBerry as having used a Trump-like form of campaigning. His below-the-belt comments about one of the best and humblest judges our county has ever seen were so outrageous and out of place.

It continues to break our hearts to see the “unabashed Republican cult of personality that has formed around Trump.”

We are also following the example of former U.S. Representative Will Hurd, former Speaker of the House Joe Straus, outgoing State Representative Lyle Larson and former Bexar County Commissioner Kevin Wolff, and we we are moving away from a Republican party that needs to “correct its course”. and become a party we once supported.