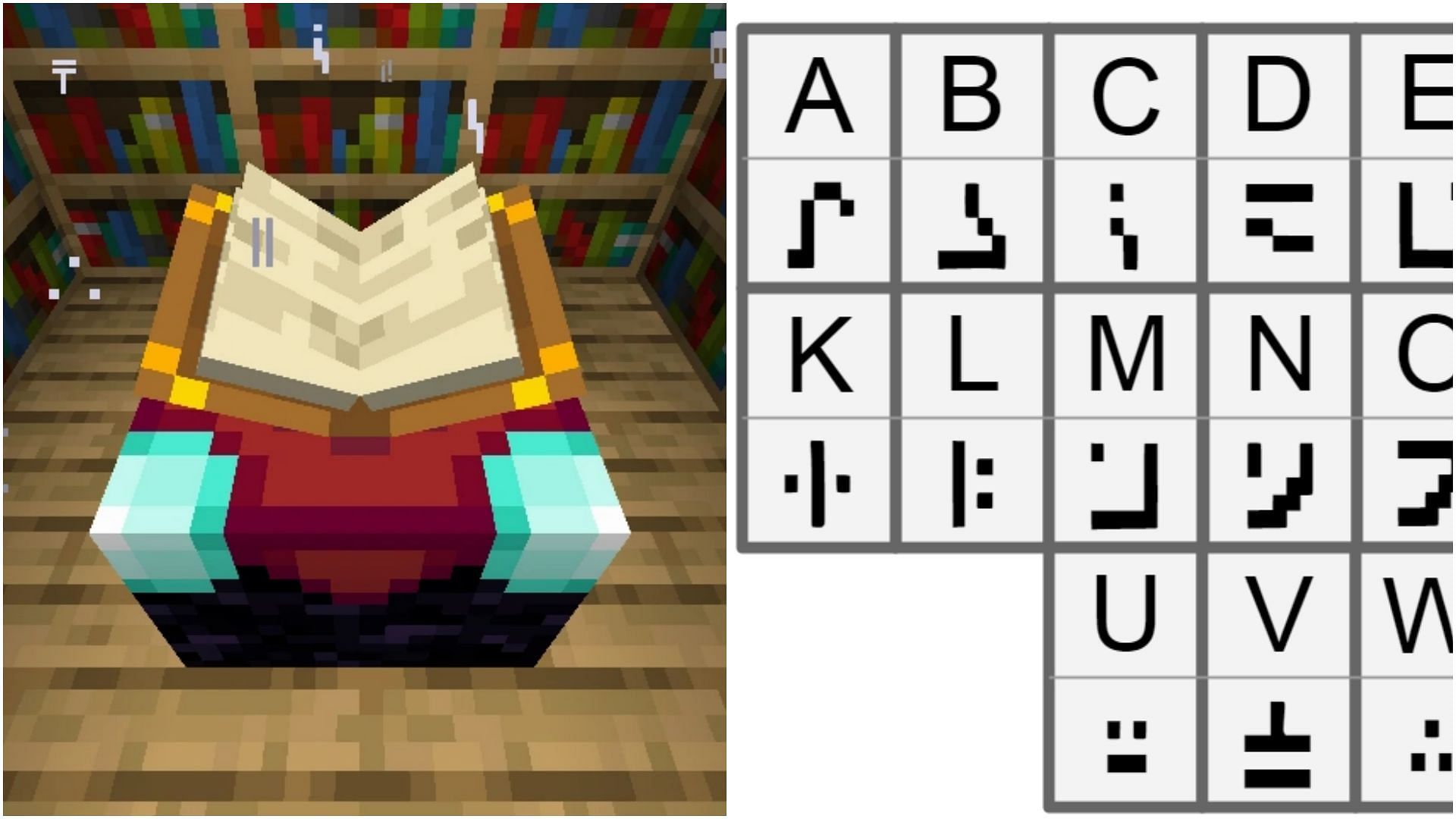 Minecraft offers many interesting items, including enchanting tables that allow players to apply special bonuses to their tools, weapons, and armor. If you are new to this game, you may be fascinated by the special language used in this block. Many may not understand what this language means as it is completely fictional.

However, the dedicated Minecraft community was quick to figure out where this language came from and even created a table that directly translates the letters into English. Although a direct translation does not imply anything precisely, it is still a fascinating process. The history of this mystical language is also interesting to learn.

Origin of the language

If you’re guessing that this secret language is from an ancient Minecraft civilization, you’re wrong, because it’s from a completely different game.

The language is called “Standard Galactic Alphabet” and was first featured in a series of games called “Commander Keen”. This title is an old 2D side-scroller from the early 90s that used language on different signs that appeared in the game world.

These fictional alphabets were a clever substitution for the actual Latin alphabet and were first written by Tom Hall, who modified the alphabet slightly to create a new language. When the sandbox game was created, the developers used this language for the enchanting table because it looked rather mysterious and cryptic.

How to read the language of the enchanting table

Since Minecraft has been out for so long, the subject of the Enchanting Table Language has already come up a number of times. Therefore, as soon as you search for “Standard Galactic Alphabet” on Google, the full table of the translated language in the English alphabet is displayed.

You just need to load the game and this table side by side to read what is written on the enchanting table GUI or what alphabet is flowing from the shelves to the table. Once the translation is complete, you will be able to read all the words written on the block.

Enchanting table translations can be confusing

You would think that the English translation in this cryptic language would clearly tell you what the enchantments are, but that is not what happens. When you translate each alphabet, the sentence that appears will be confusing and nonsensical. This is not the case in the Commander Keen series of games since the words on the panels mean something.

It will only translate the language of the enchanted table into random words that have no connection to the actual enchantment. You might be disappointed because the translation does not imply anything. However, this language is probably best ignored since Mojang only attempted to create a mysterious storyline by adding fictional language.

Calling out misinformation and hateful rhetoric against people of color and the LGTBQ community ⋆ Princeton, NJ local news %