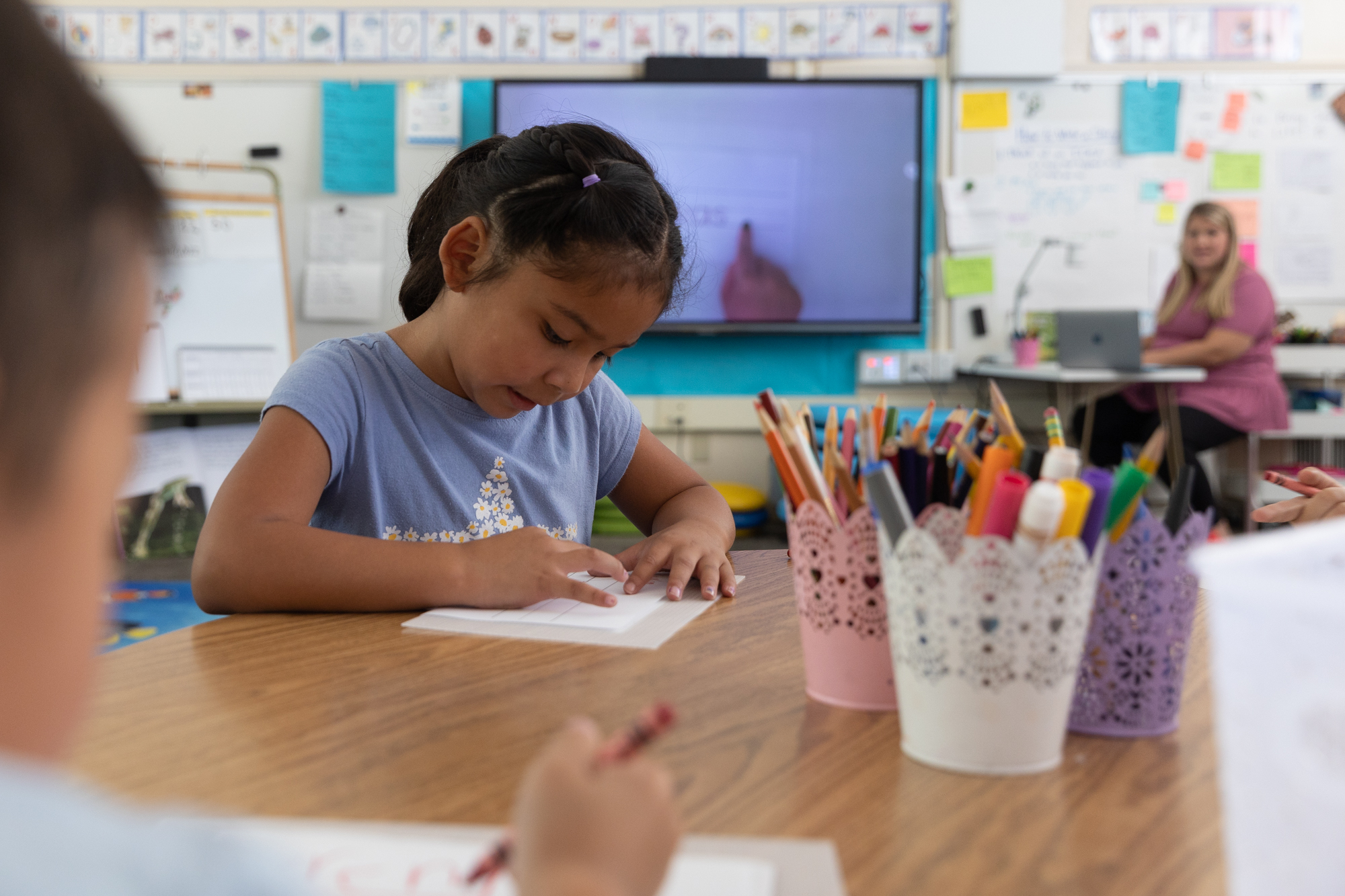 Data from last spring’s standardized testing reveals that Palo Alto public schools are making substantial progress toward their early literacy goals, despite the impacts the pandemic has had on education.

The proportion of third-graders reading “close” to or “above” state standards in reading on the 2022 Smarter Balanced standardized test increased 4.3 percentage points, from a pre- pandemic 2019, according to data presented by the district at a school board meeting earlier this month.

Gains were much higher for some groups, including a 15.8 percentage point increase for low-income students, a 16-point gain for students with disabilities, and an 8.6-point jump for Latino students.

The district has focused its efforts on the third grade, which is the first year students take state-standardized tests. Research has also shown that being on track to read in third grade is a strong predictor of students’ future academic success.

The Palo Alto Unified School District launched the Every Student Reads initiative last year, with the specific goal of improving the reading performance of third-graders from groups that have historically performed below district averages. . Particular groups that have been identified are Latino, Black, Native Hawaiian, or Pacific Islander students, as well as those with low incomes, disabilities, or English learners.

In the first year of the program, the school district wanted to see a 3-point improvement in the percentage of those students scoring “near” or “above” the state standard in reading.

All groups exceeded that goal, except Black and Native Hawaiian or Pacific Islander students, for whom the state did not report results. To protect student privacy, the state only released reading scores for groups of at least 30 students.

Superintendent Don Austin told the school board Sept. 13 that the scores show a focus on reading has paid off.

“Tonight, hopefully we can celebrate a bit,” Austin said. “We’re not celebrating victory – we’re celebrating progress in an area where our district hasn’t seen great progress in the past for a long time.”

The district has also set a second goal of seeing a 3-point improvement for these groups in their overall English scores (reading is one of the four sections of the English exam). This goal was met by low-income students, black students, and low-income Latino students. Latino students more widely saw a 1.5 point increase. English language learners and students with disabilities saw declines of 1 and 3.3 points, respectively.

It is not currently possible to compare Palo Alto scores to districts in the state because California has not yet released complete data. Instead, the state sent individual districts their scores, some of which made them public, including Palo Alto.

The California Department of Education announced earlier this week that it would release statewide test results in October, a reversal of the department’s earlier decision to withhold data until it is ready to release a comprehensive school data dashboard , which includes things like suspension and absenteeism rates.

Many expect the results to show a decline in student performance statewide, fueled by the pandemic, suggesting that Palo Alto’s improvement in reading performance may be unusual.

Seeing improvements in scores coming out of a pandemic is a testament to the district’s commitment to student literacy, Reynolds said.

“It was really exciting to be able to work so closely with principals, teachers and families and work together toward this common goal of improving our students’ reading achievement,” said Reynolds.

Although the district focused specifically on third-grade results at a September 13 board meeting, overall student performance on the English exam (3 through 8 and 11) also showed. an improvement, with a 1.2 percentage point increase in the number of students meeting or exceeding standards compared to 2019.

Despite the gains, there are still substantial disparities in reading performance. For third-graders overall, 93.4% of students were “near” or “above” the state standard this spring, but only 77.8% of low-income students and 81 .3% of students with disabilities achieved the same criterion.

These shortcomings have been a long-standing issue for Palo Alto Unified and schools statewide and nationwide. The Every Student Reads initiative, in particular, aimed to address the disparity.

“We have recognized, looking at our students’ scores over time, that we have not been able to serve these students in the way that we know we can,” Reynolds said.

Beyond the 3-point progression goal for last school year, the district wants to see another 4-point increase in reading and language arts scores for underserved student groups this school year, as well as an increase of 5 points during the year 2023-2024.

To improve students’ reading performance, Reynolds told The Weekly that the district last year used a phonics program called the Orton Gillingham Methodology, which takes a multi-sensory approach. Students will do activities like drawing letters in the sand by saying the sound the letter makes.

The phonics methodology is used alongside a broader English language arts curriculum. Last spring, the school board approved a new ELA program, known as Benchmark Advance/Adelante, despite opposition from a number of teachers who piloted it.