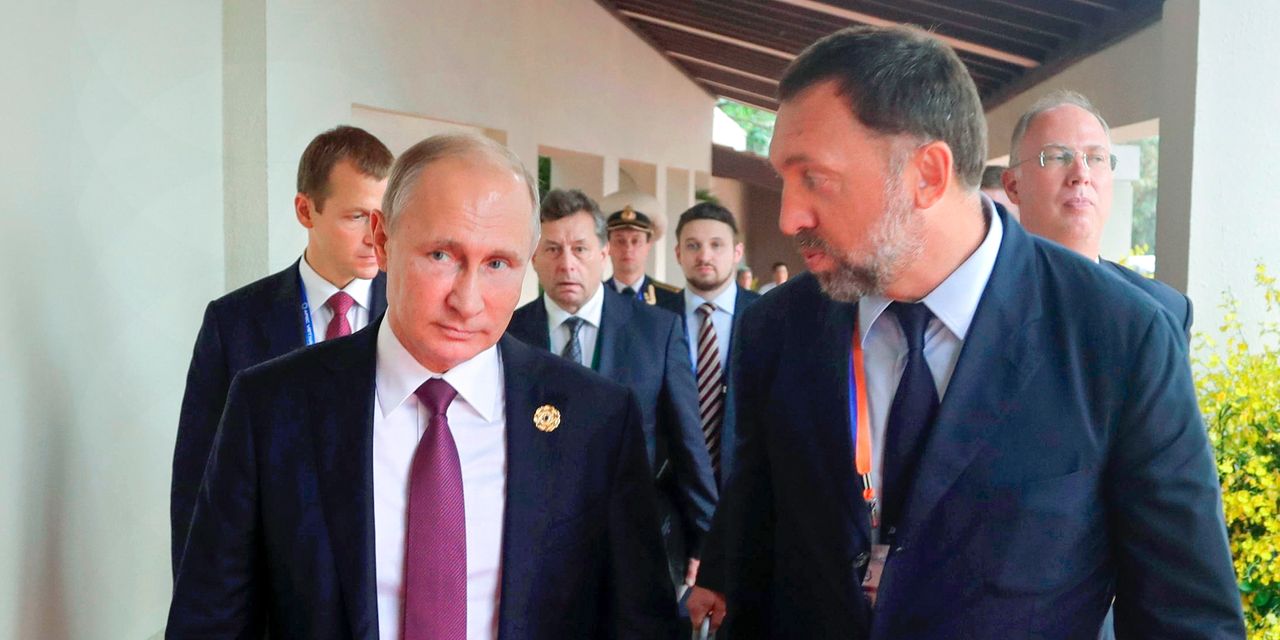 Aluminum tycoon Oleg Deripaska, a Russian oligarch with close ties to Vladimir Putin, has been indicted for allegedly evading US sanctions through hidden financial dealings, including sending flowers and arranging for his girlfriend gives birth to her child in America.

Deripaska, 52, who owns a majority stake in United Co. Rusal PLC 486,
,
one of the world’s largest aluminum producers, was placed on the US sanctions list in 2018 along with the conglomerate it controls, Basic Element Ltd. This barred him from doing business in the United States.

Sanctions were tightened earlier this year, following Russia’s invasion of Ukraine, after Rusal was removed in January 2019 from the Treasury Department’s sanctions list under former President Donald Trump.

“Front companies and lie networks will not protect Deripaska and his cronies from US law enforcement, or those who support the Putin regime,” said Assistant US Attorney General Lisa Monaco.

Deripaska has been among Russia’s richest men for decades, amassing his fortune from the 1990s. He has long had close ties to Putin and has been investigated around the world for money laundering , extortion and racketeering. He denied the allegations.

Federal prosecutors say that despite sanctions, Deripaska has continued since 2018 to engage in financial dealings in America, using a corporate entity known as Gracetown Inc. to mask his ownership of three luxury homes. in the United States worth tens of millions of dollars and to facilitate the sale of a recording studio in California for $3 million.

Deripaska is also accused of paying more than $300,000 to send his girlfriend, 33-year-old Yekaterina Voronina, to the United States in 2020 to give birth to their child, who later obtained American citizenship. according to court documents.

In 2022, Voronina attempted to return to the United States for the birth of their second child, but was stopped by immigration officials and returned to Istanbul, Turkey, from where she had flown.

Prosecutors say an employee of Deripaska, Natalia Bardakova, 45, helped arrange many of his financial dealings in the United States. flowers and Easter baskets to his social contacts in America and Canada.

Recipients included an unnamed American television show host; a former member of the Canadian parliament; and Deripaska’s girlfriend, while she was in America giving birth.

Prosecutors say Shriki, Bardakova and Voronina conspired to conceal the name of the child’s real father, Deripaska, going so far as to slightly alter the spelling in the Latin alphabet of the child’s surname.

Deripaska, Bardakova and Shriki are charged with conspiracy to evade US sanctions, for which they face up to 20 years in prison if convicted. Shriki is also accused of destroying communications she had with Deripaska and Bardakova when federal investigators began asking questions. Voronina is accused of lying to federal agents when she arrived in the United States in 2020, telling them she was there for sightseeing rather than giving birth.