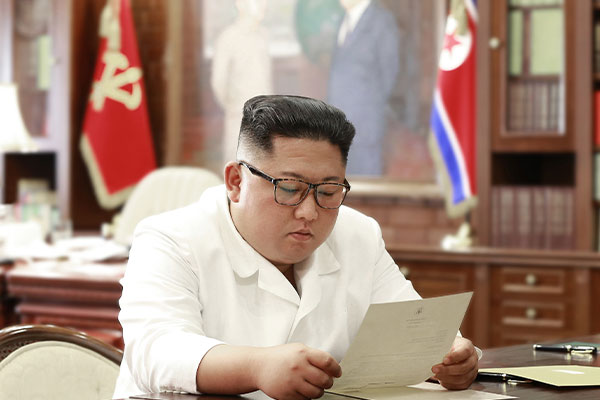 A magazine on foreign affairs and defense issues has published 27 personal letters between North Korean leader Kim Jong-un and former US President Donald Trump regarding their two bilateral summits.

The Korus Journal, a publication of the Korean-American Club featuring work by Korean correspondents stationed overseas, on Sunday revealed 11 letters Kim sent to Trump and 16 letters Trump sent to Kim between April 2018 and August 2019. .

In two letters to Trump in September 2018, Kim expressed hope to personally discuss the North’s denuclearization with the US president rather than South Korean President Moon Jae-in or US Secretary of State Mike Pompeo. . He wrote that he thought Moon’s excessive interest was unnecessary, implying that he didn’t want Moon involved in discussions on the subject.

The letters were sent three months after Kim and Trump held their first summit in Singapore amid increased pressure from Washington on Pyongyang to take steps toward denuclearization.

While the two leaders actively exchanged letters after their summit in Singapore, those exchanges dwindled after their second summit in Hanoi collapsed, culminating in a final letter from Kim in August 2019 conveying complaints to Trump that Pyongyang is not had gained nothing from the United States, including easing of sanctions.