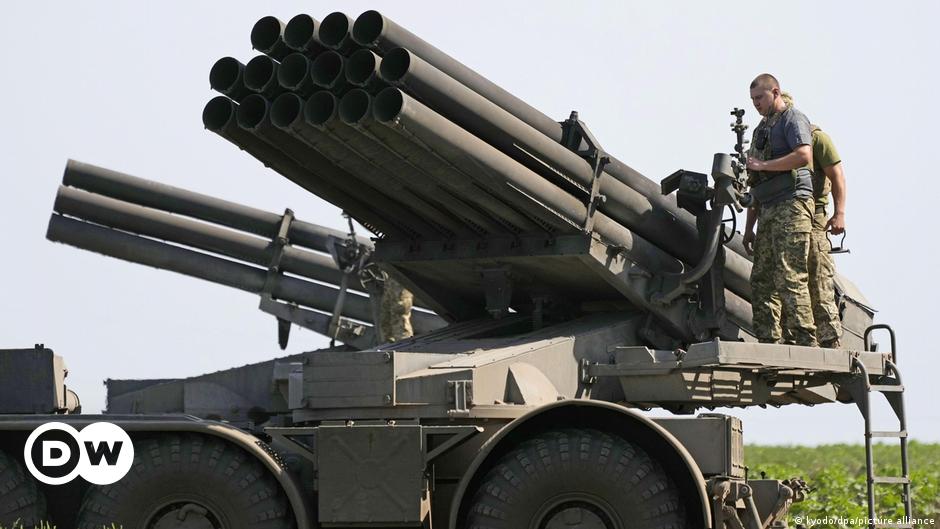 Passengers arriving at Rzeszow airport in southeastern Poland hardly notice that the most important hub for military aid to Ukraine has been created here. Far from the civilian airport terminal, the 50 countries that support Ukraine have set up a military camp under the leadership of the United States. Behind the airport fence, NATO has also built an imposing line of defense to protect the alliance’s eastern border with Patriot anti-aircraft systems whose missile wells soar into the sky.

The area of ​​the small Polish regional airport used by the military has now become like the Fort Knox of support for Ukraine. Even before Putin’s invasion began on February 24, the United States and the United Kingdom began sending small anti-tank weapons to the Ukrainian military, as US intelligence agencies warned against Russian attack. The Polish-Ukrainian border is only an hour’s drive from here.

Since the start of the war in Ukraine, transport vehicles carrying heavy weapons have been seen traveling across Europe

In the field, the logistics operation cannot be neglected. Military transporters are constantly spotted on the roads of the region. People who travel extensively by car in southeastern Poland report that not a day goes by that they don’t see uniformed soldiers in civilian flatbed trucks taking a break at highway rest stops. . But the detail of how Western aid reaches the Ukrainian army at the front is one of the best-kept secrets of this war.

The fact that the Polish region on the NATO border has become the central point for reloading aid was also only indirectly confirmed by German Foreign Minister Annalena Baerbock. In mid-September, after a trip to Kyiv, she told the Frankfurter Allgemeine Zeitung newspaper that a “maintenance center on the Polish-Ukrainian border” would be set up.

Polish media are reluctant to report on military aid efforts in the southeast of the country. The fact that Germany and the US-forged coalition of supporters of Ukraine are building a repair center there has so far not made headlines in Poland.

In recent weeks, Ukraine has made significant progress in the eastern and southeastern regions

Bundeswehr General Christian Freuding, head of the special task force on Ukraine for the German Defense Ministry, was in Kyiv for talks with Ukrainian military leaders in early September. He reported that the Panzerhaubitze 2000 self-propelled howitzers that Germany had delivered to Ukraine were suffering from wear.

“They’ve been in combat use since May. And now, of course, they have restrictions on their operational readiness,” he said. A special task force is working to ensure “that we get continuity and get back to a high level of operational readiness very quickly” for the artillery systems.

In those weeks before the approach of winter, the emphasis is on repairing worn Western weapons. Following the successful Ukrainian counter-offensive in the northeast of their country, Germany gave the army four additional Panzerhaubitze 2000 howitzers.

An arsenal of spare parts

“The logistics need to be strengthened,” said security expert Wolfgang Richter of the German Institute for International and Security Affairs, which advises the federal government in Berlin. “And that’s exactly what is happening,” he added – also in view of discussions in Germany about whether to deliver Leopard-2 battle tanks, which Chancellor Olaf Scholz refused to do. , At least for the moment.

This is a difficult business, because many different weapons have been delivered to Ukraine. “I’m thinking of the various artillery systems as well as the peripheral equipment needed – of French, Italian, British, American and German design,” Richter said. The military equipment of many countries needs “completely different spare parts – and in large quantities”.

Uncertain course of the war

Looking to the coming months, Michael Kofman, director of Russian studies at the US Center for Naval Analysis, said the war in Ukraine will be defined by “attrition and reconstitution”.

Although Ukraine has a good chance of gradually liberating more territory following its recent military successes, Kofman dares not predict how long the war might last.

The region around Rzeszow in southeastern Poland will probably have to get used to military equipment on the roads for a long time yet. This will now include deliveries of spare parts to repair weapons.

Monika Sieradzka and Max Zimmer contributed to this report.

This article was originally written in German.

While you’re here: DW editors summarize what’s happening in Germany and around the world in daily and weekly newsletters. You can sign up here for the weekly Berlin briefing and more.

When I left the stage and never came back