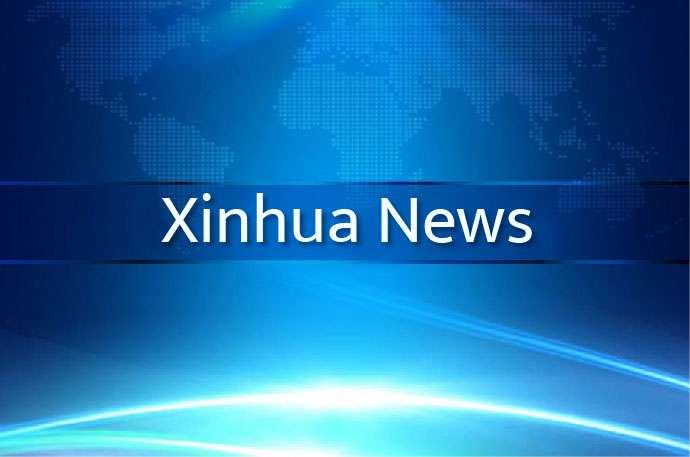 BEIJING, Sept. 10 (Xinhua) — The Political Bureau of the Communist Party of China (CPC) Central Committee on Friday convened a meeting to deliberate on documents to be submitted for discussion at the seventh plenary session of the 19th CPC Central Committee. , which is scheduled to be held on October 9.

The meeting also considered a report on the implementation of the eight-point decision on improving the conduct of the Party and government by the Political Bureau of the 19th CPC Central Committee, as well as a report on work to rectify the practice of unnecessary formalities and reduce burdens on grassroots workers since the 19th CPC National Congress in 2017.

It was decided at the meeting that the three documents would be submitted to the seventh plenary session of the 19th CPC Central Committee for discussion after being revised based on the results of the deliberations at that meeting.

It is imperative to play the role of democracy and collective wisdom, to thoroughly reflect on the opinions and suggestions collected from all parties, and to absorb them as much as possible, on the basis of which great efforts will be made. to work out a report to the 20th CPC National Congress that meets the common aspirations of the whole Party and the Chinese people of all ethnic groups, is consistent with adhering to and developing socialism with Chinese characteristics in the new era , and consistent with the goals and missions of the Party and the State on the new journey in the new era, and work out an amendment to the Party Constitution that facilitates the innovative development of Party theories and practices and responds to the need to push forward the great new project of building the Party in the new era.

It was pointed out at the meeting that the 20th CPC National Congress is a convention of great significance that will be held at a crucial time when the whole Party and the whole nation are embarking on a new journey towards second centenary goal of building a modern socialist country. with all my respect. It is of utmost importance to inspire and mobilize all Party members and the Chinese people of all ethnic groups to uphold and develop socialism with Chinese characteristics, build a modern socialist country in all respects, and fully push forward the great rejuvenation. of the Chinese nation. We should rationally examine the mainstream development trend of today’s China and the world beyond, and thoroughly review the practices and experiences of the People’s Leading Party in promoting reform, opening up and of socialist modernization. Based on the conditions of the new era, we should focus on the new situations and tasks we face in our reform and development, adhere to our goal of meeting people’s aspirations for a better life, and make plans and arrangements for the cause of the Party and the country from a strategic and comprehensive perspective. Under the firm leadership of the CPC Central Committee with Comrade Xi Jinping at its center, efforts should be made to unite the whole Party and the Chinese people of all ethnic groups and lead them to build on past achievements. and to work with an indomitable spirit to overcome difficulties, continuously forging new paths to develop socialism with Chinese characteristics.

The Party Constitution is the general charter of the CPC, and it plays a fundamental role in regulating and guiding efforts to maintain the general leadership of the Party, advance the full and rigorous autonomy of the Party, and strengthen the Party building, according to the meeting. Making amendments to the Party Constitution by the CPC at its 20th National Congress based on new circumstances and missions will help the whole Party to better study, respect, implement and safeguard this fundamental document. It will also help advance the great cause of socialism with Chinese characteristics and the great new project of building the Party. The major theoretical proposition and strategic reflections validated by the report to the 20th National Congress of the CPC will be enshrined in the Party Constitution, so that the latest achievements of adapting Marxism to the context and new circumstances of China will be fully embodied. , as will the new ideas, new thinking and new governance strategies developed by the CPC Central Committee since the 19th National Party Congress in 2017. The amended Party Constitution will also clarify new requirements for maintaining and strengthening the leadership of the Party. Party and advance full and rigorous Party autonomy under new circumstances, so as to better navigate the great social revolution with vigorous self-reform, according to the meeting.

It was noted at the meeting that the draft work report to be delivered to the 20th CPC National Congress by the 19th CPC CCDI fully demonstrates what, under the firm leadership of the CPC Central Committee with Comrade Xi Jinping at its heart, the CCDI and the National Supervisory Commission as well as the inspection and discipline supervision services at all levels have carried out their practice and reflection on their work. With the Party and the state as the main objective, they have played their supervisory role well, ensuring law enforcement as well as Party disciplines and the implementation of Party policies, improving and refining the work of the Party. and government. We must fully understand and implement Xi Jinping Thought on Socialism with Chinese Characteristics of the New Era, implement the CPC Central Committee’s strategic plans for Party self-reform, uphold the authority of the center of the CPC and its centralized and unified leadership, exercise complete and strict governance over the Party, push forward the grand project of building the Party in the new era, and make new progress in improving the conduct of the Party, the maintaining integrity and fighting corruption. It was agreed during the meeting that the seventh plenary session of the 19th CPC CCDI would be held on October 7, 2022.

It was noted at the meeting that since the 19th CPC National Congress in 2017, the CPC Central Committee with Comrade Xi Jinping in it has taken new decisions and raised new demands to constantly improve the conduct of the Party. and upholding Party discipline, has revised the measures of the eight-point decision in this regard, and always places the promotion of good Party conduct at the top of its agenda. Through persistent efforts, some long-standing misconducts have been curbed and deep-rooted wrongdoings have been dealt with, leading to significant improvements in Party conduct, government officials’ working practices, social morals and individual virtues.

Under the personal instruction and guidance of General Secretary Xi Jinping, the CPC Central Committee has combined solving important issues of formalities for formalities’ sake with easing the burdens on those who work at the grassroots and made it an essential part of building the leadership of the Party, which was advanced in a coordinated and integrated manner. From a central mechanism under the CPC Central Committee in this regard, strong measures have been taken to urge all regions and departments to unceasingly tackle the outstanding issues of unnecessary formalities and bureaucracy and to ease the burden on those working at the local level. As a result, existing problems within the Party have so far been contained and resolved to some extent, allowing grassroots leaders and Party members to focus their time and energy on policy implementation. The easing of burdens at the local level by combating superficial practices has become a regular work of strengthening Party conduct for all regions and departments, as well as an effective means of deepening comprehensive and rigorous autonomy. party.

It was emphasized at the meeting that improving the conduct of the Party is and always will be an ongoing business. The eight-point decision must be respected in the long term. It is necessary to have a precise understanding of the law and the characteristics as well as the requirements of the work in the new situation to fight against “the four wrongdoings” – formalities for formalities, bureaucracy, hedonism and extravagance. It is imperative to seize the momentum and exert tireless efforts to continue the work steadily, sustainably, rigorously, concretely, deeply and delicately, so as to develop new habits, achieve achievements and cultivate new traditions. We must work hard to maintain the intensity of efforts aimed at permanently correcting the main problems. It should be insisted that various measures be implemented to alleviate the burden of those working at the grassroots so that a long-term mechanism is gradually put in place in this regard. The synergy of such regular and long-term rectification will better benefit the majority of grassroots leaders and the population.

Other issues were also discussed during the meeting. ■