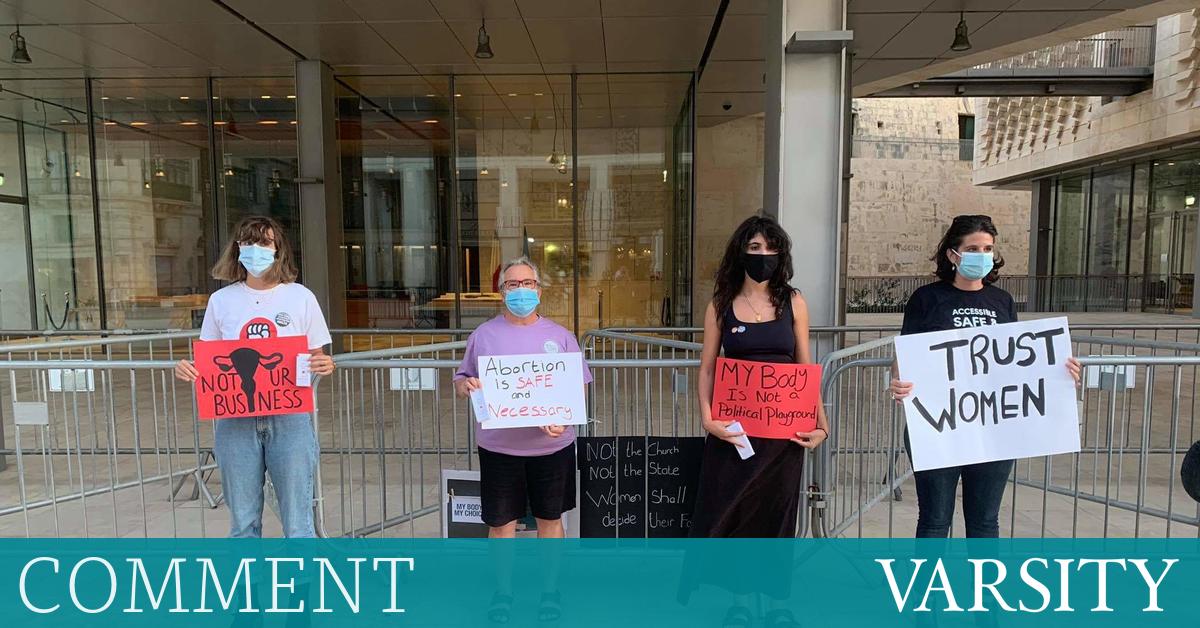 My European homeland where abortion is still a crime

While the United States Supreme Court’s decision to overturn Roe v. Wade caused an uproar in the UK media, a case closer to home didn’t get the same media coverage. Malta, the idyllic Mediterranean archipelago of my ancestors, is also the only country in the European Union to completely ban abortion.

Maltese culture is a rich blend of influences brought by many successive invaders and colonial powers. Hearing the local dialect immediately brings out the imprint of its Arabic heritage – it is the only official Semitic language in the EU, albeit written in the Latin alphabet. A walk through its ancient streets also reveals the historical relationship between the two nations of my family, as Malta was a British colony for over 150 years. Today, many locals switch between Maltese and English in the middle of a sentence. But, despite these links, as I sit in an NGO office in Santa Venera and listen to colleagues discuss the grim reality here, my phone rings with updates from the UK press on developments in the USA. I can’t help wondering why Brits don’t share the same outrage at the struggle for Maltese reproductive rights.

Perhaps it boils down to a lack of foreign awareness of the gravity of the situation. In Malta, abortion is totally illegal. Completely – this means without exception, even when the wearer’s health is in danger, nor in cases of rape, incest or serious fetal malformation. It is the only country in the EU to absolutely ban abortion and has some of the strictest anti-abortion laws in the world. As Washington wrestles with the ruling’s heinous implications for child rape victims, the Malta weather brazenly platform arguments such as “children conceived from rape do not deserve the death penalty”. The trauma of surviving rape and becoming pregnant as a result is compounded to an unimaginable degree by the state asserting your lack of bodily autonomy in such absolute terms.

Admitting you’re pro-choice remains isolating, with a survey last year revealing just 18 per cent of the Maltese population support decriminalizing abortion, rising to 32.5 per cent for those aged 16-35. Yet this is a surprisingly small proportion compared to the younger pro-choice demographic in the UK and US. Malta has much to be proud of, with some of the most progressive laws on LGBTQ+ rights, but its overwhelmingly anti-choice stance is a dark spot on the country’s human rights record.

A closer look at education in Malta offers a compelling explanation for these numbers. In some schools, children as young as 14 are shown “barbaric” compilation videos of long metal instruments that graphically nudge and push aborted fetuses. Such practices are encouraged by the National Religious Studies Curriculum, which includes a course on “The Value of Life”, reflecting the rootedness of the Roman Catholic faith in the constitution of a supposedly secular state. Mass deseducation followed, with an exceptionally grotesque view of abortion embedded in much of the Maltese public imagination.

But general bans do not prevent abortions. We cannot know exactly how many people in Malta have abortions, but a conservative estimate suggests that at least 100 people from Malta travel abroad for abortions each year, and another 200 get abortion pills. We can estimate that there is, at a minimum, one abortion every day, not least because going abroad is not always an option for low-income groups. Those ordering pills also fear the potential repercussions when seeking help for medical complications – although such people should seek the necessary support and be advised that doctors cannot reliably tell the difference between a false childbirth and an abortion. Abortion bans are not only ineffective, they also make abortion much more dangerous.

Readers in Britain should not dismiss this as an isolated case of retrograde foreign legislation. The rollback of protected reproductive rights in the United States is not the only indicator that this crisis is real and equally relevant to Britons. Very recently, the UK government secretly removed reproductive rights commitments from an international declaration on gender equality, signing on to a quietly modified version with only 8 of the original 22 signatories – including Malta. That alone should ring alarm bells, but it also shows the importance of raising awareness of the reproductive rights of Maltese in the UK. While it is not just for the good of the oppressed Maltese people, it is in Britain’s interests to demand change from the Maltese government: its history, and now its future, is intertwined with ours.

I urge Britons to share and discuss this information. Find Maltese activists to support and petitions to sign. I reach out to a British audience in part because we are privileged to engage in pro-choice activism that the Maltese cannot without risking political and social consequences.

As I was deciding whether to publish this article anonymously, I remembered the advice of a colleague who had followed me: one of the most impactful forms of activism for Maltese people is to be (bravely ) open about their pro-choice stance. I sign proudly with my Maltese surname and demand the freedom to choose.

We are therefore almost entirely dependent on advertising for funding and expect to have a few difficult months and years ahead.

Despite this situation, we will look for inventive ways to seek to serve our readership with digital content and of course also in print!

Therefore, we ask our readers, if they wish, to donate from as little as £1, to help cover our running costs. Thank you very much, we hope you can help us!