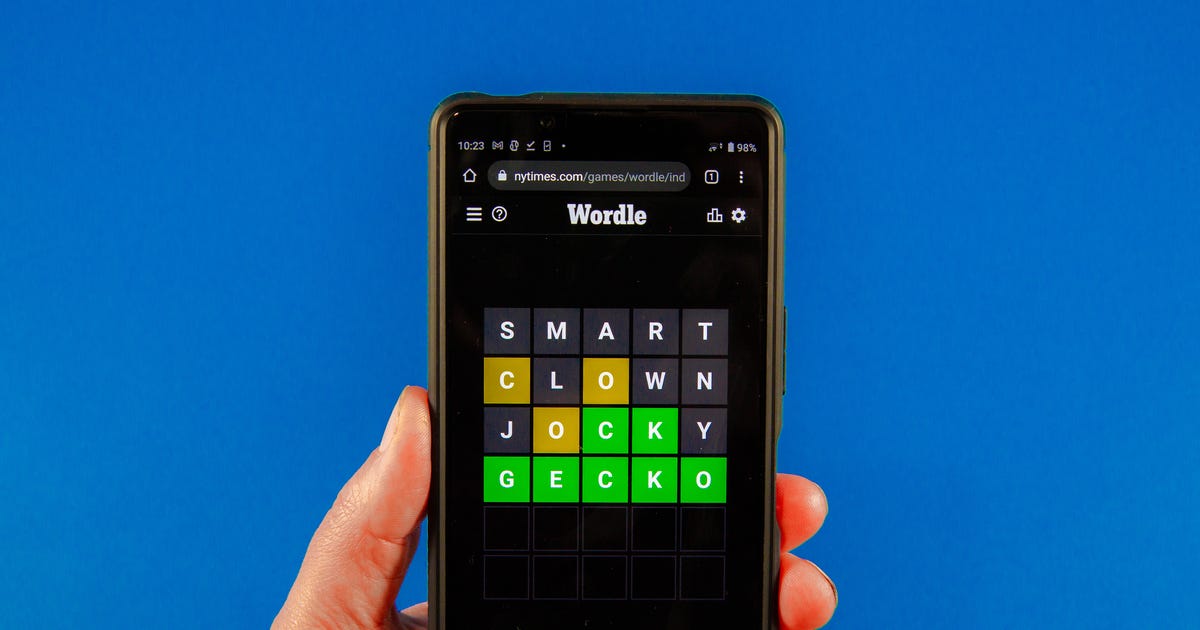 Wordle: The Simple 2-Step Strategy I Use to Win

wordle literally kept me up at night. I almost still stay up after midnight to solve a new puzzle.

The game became all the more satisfying for me as I developed a new two-step strategy that really seems to work every time. My winning streak is at 32 now, and maybe that’s nothing to you, but it’s a personal best for me. I thought I’d tell you about my strategy so you can start your own winning streak (or continue yours for days to come).

If you are reading this, wordle needs no explanation for you. The puzzle was invented by Josh Wardle (Wardle — Wordle, get it?) and bought at gold price by the New York Times back in January. The online game gives you six chances to guess a randomly selected five-letter word, and if you get any letters correct, they appear in different colors, depending on whether they’re in the correct place in the word or not. It’s addictive and fun.

I stuck to the same starting words for a long time, and they usually worked for me. I was a longtime user of “ADIEU” to get a ton of vowels, and would often switch to “STORY”, to get the other two vowels (sometimes Y!) and a few other major consonants. And this strategy is still solid. I can come back to it if I feel like I’m in a rut.

But these days, I start every Wordle round with “TRAIN”, then go to “CLOSE”.

TRAIN is pretty self explanatory if you have studied which letters are most commonly used in English words. The five letters of TRAIN are among the first seven letters used.

All I know is that almost every time I use TRAIN as my seed word, I get a few letters correct, often in the correct place. And that’s an easy starting word to remember.

CLOSE as a second choice is interesting. It eliminates two additional vowels, and C, L, and S are also in the list of the 10 most used letters. Sometimes, however, I don’t get any correct letters from CLOSE. But believe it or not, it helps me too. Then I can look at the keyboard showing me which letters I haven’t guessed yet, and pick a word that uses all the correct letters plus any major consonants I haven’t guessed yet.

If you have a correct letter, but you don’t know where to place it, you can play around with your third guess. If you know you have an F but don’t know where it goes, guess a word with a lot of F’s, like “FLUFF”. This way you can at least determine if there is an F in three of the five points. Also remember that there can be more than one letter used.

Here’s another weird trick. If I just have a few letters in the right place, I personally need to see what the word looks like. So I type the correct letters I have, plus X’s for each letter I have no idea. If I know the word ends in “ON” from my guess, I type XXXON. Then I study the unguessed letters on the keyboard and mentally imagine where the X’s are. (I don’t enter these words as guesses, I just look at them for ideas, then back up on them and delete. )

If I know there’s another letter, say a B, somewhere in the mix, I might try typing it in all the blanks – BXXON, XBXON, XXBON – and see if I can figure out which words work. Remember, the X’s don’t stand for X, they mean “I don’t know that letter”.

If the Xs make things too confusing, you can also just write the options using blanks. This might give you a better view of the possibilities. I choose an X because I like typing it directly into the Wordle grid, and X looks the most like a blank to me. Since these guesses aren’t really words, there’s no chance of me accidentally hitting enter and wasting a guess by mistake.

So. This is my new Wordle process. It may not be the perfect strategy. But I almost always end up well placed after two rounds of guessing.

For more Wordle tips and tricks, here’s a roundup of great strategies. Plus, New York Times games released a new way to play Wordle. If you’re done with Wordle for the day, try these other addictive puzzle games.