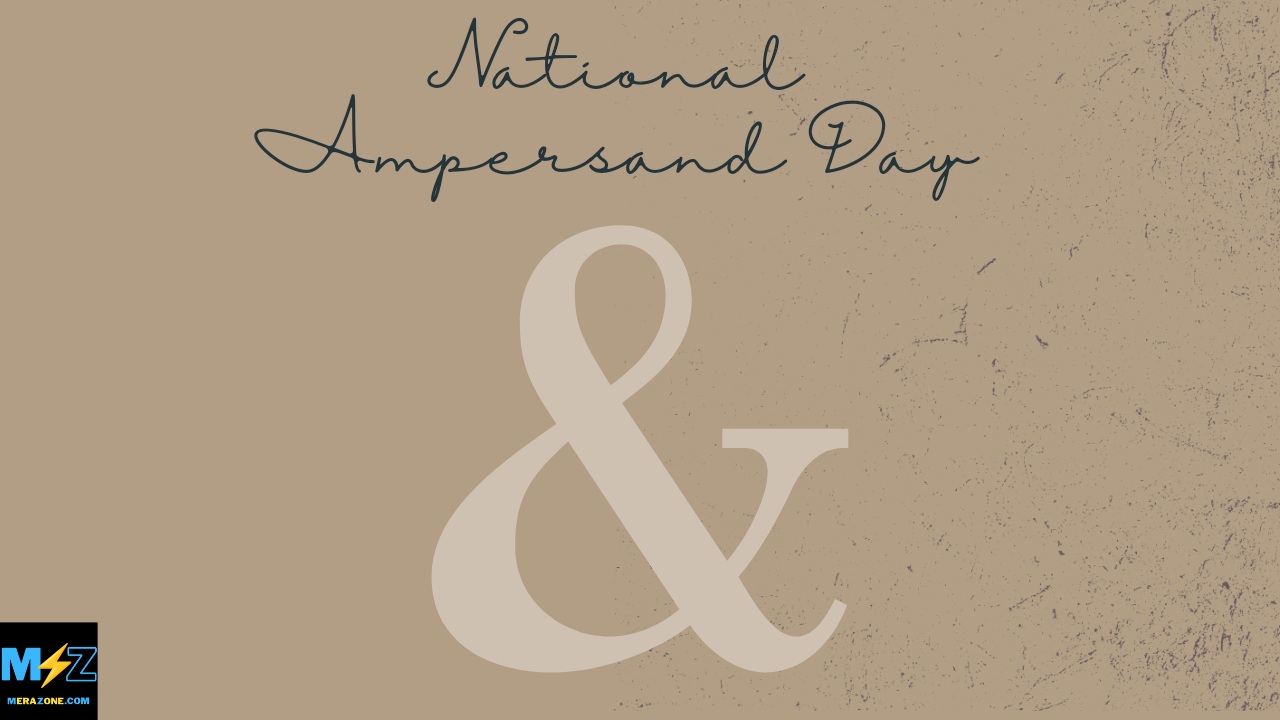 National Ampersand Day is celebrated annually on September 8 around the world to honor “&”, a Latin character and logogram that represents the conjunction “ET”.

Today, the ampersand is one of the most widely used symbols in English and has been in use since the 1st century CE. .

Ampersand means this ‘&’ is very common today especially because it is very useful in saving us time and without it it would have been very difficult for us and therefore people should also recognize its importance .

It is very difficult to point out that when this symbol was originally written down, although an early example was discovered as graffiti on a wall in Pompeii, preserved by the eruption of Vesuvius in 79 AD which depicts a similar symbol in the ampersand.

However, the origins of the ampersand date back to 63 BC when Marcus Tullius Tiro added the words “and, per se, and” at the end of his recitation of the alphabet, along with an abbreviated symbol to represent it. But it was in 1011 that the ampersand first appeared as a character at the end of the Latin alphabet.

Then, in 1455, European printers widely used the Italic and Roman ampersands after the invention of the printing press and thanks to which this symbol became widely used throughout the world. But it was in 1899 that this replacement was officially adopted to be used instead of “ET”.

In 2015, Chaz DeSimone, author, designer and typographer, created National Ampersand Day. As he considered the ampersand to be an art form. He created the day to celebrate the ampersand sign, which he uses as a fun art project through this initiative.

The ampersand comes from the Latin word “et”, which means “and”. The letters “E” and “T” in this word were sometimes put together to form a ligature (a character made up of two or more letters joined together).

All of this means that the noun ampersand is a perversion of “and (&) in itself and”, which literally means “and (meaning ‘&’) in itself creates the word and”. The symbol “&” is formed from the ligature of the Latin word for “and”, “ET” or “and”.

And because of this, the writer can now save time by writing the word in this manner, and it has given us much convenience as time is very precious in today’s fast moving world. We ourselves use this ampersand symbol so many times today, from social media to everything.

This is why this day is celebrated as the ampersand is so crucial to our daily life now, but it is hardly recognized by people. So, people have to discuss it and also have to raise awareness about its discovery and its importance is the main purpose of this day.

1. When is National Ampersand Day celebrated?

2. Does an ampersand count as a word?

National Ampersand Day was created by Chaz DeSimone, an author, in 2015.

August 17 Letters: Jason Kenney chooses to meddle in UCP leadership race instead of gracefully stepping down