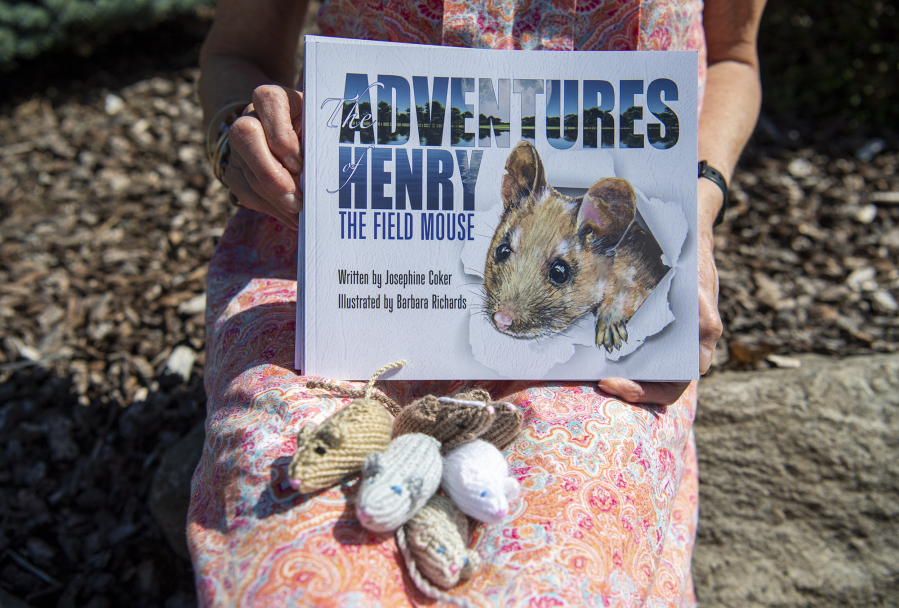 Camas resident Sue Dockstader has mice in mind, as well as hedgehogs, foxes, squirrels, moles, rabbits, stoats and water voles. If these creatures evoke classic English country tales like Kenneth Grahame’s ‘The Wind in the Willows’ or Beatrix Potter’s enchanting books, you’d be, as the Brits say, spot on.

The aforementioned animals all appear in “The Adventures of Henry the Mouse”, written by Dockstader’s mother, Jo Coker from Gloucestershire, England. What started as a sheaf of old letters turned into a children’s storybook with two sequels, an intergenerational project that brought the estranged Dockstader family together in ways they could not have imagined. Not bad for a humble field mouse.

“I embarked on the project of having something to give my mother beyond a physical thing. I wanted to give her a sense of accomplishment,” Dockstader said. to be phenomenal. Really, if I never sell books, it doesn’t matter because I achieved what I set out to do.

Coker coined its mousy protagonist 20 years ago, when Dockstader, her American husband and two toddlers lived in Hong Kong. Coker wanted his grandchildren, then aged 3 and 4, to feel connected to their English heritage.

“My mother had this idea in her mind that her grandchildren were growing up in a high-rise apartment and wouldn’t know anything about where their grandmother lived,” said Dockstader, who also grew up in rural England. . “She wrote letters to children about the animals in her garden to give the children a glimpse of the English countryside.”

Letters To Self: English translation of PM Modi’s poetry book to be released next month