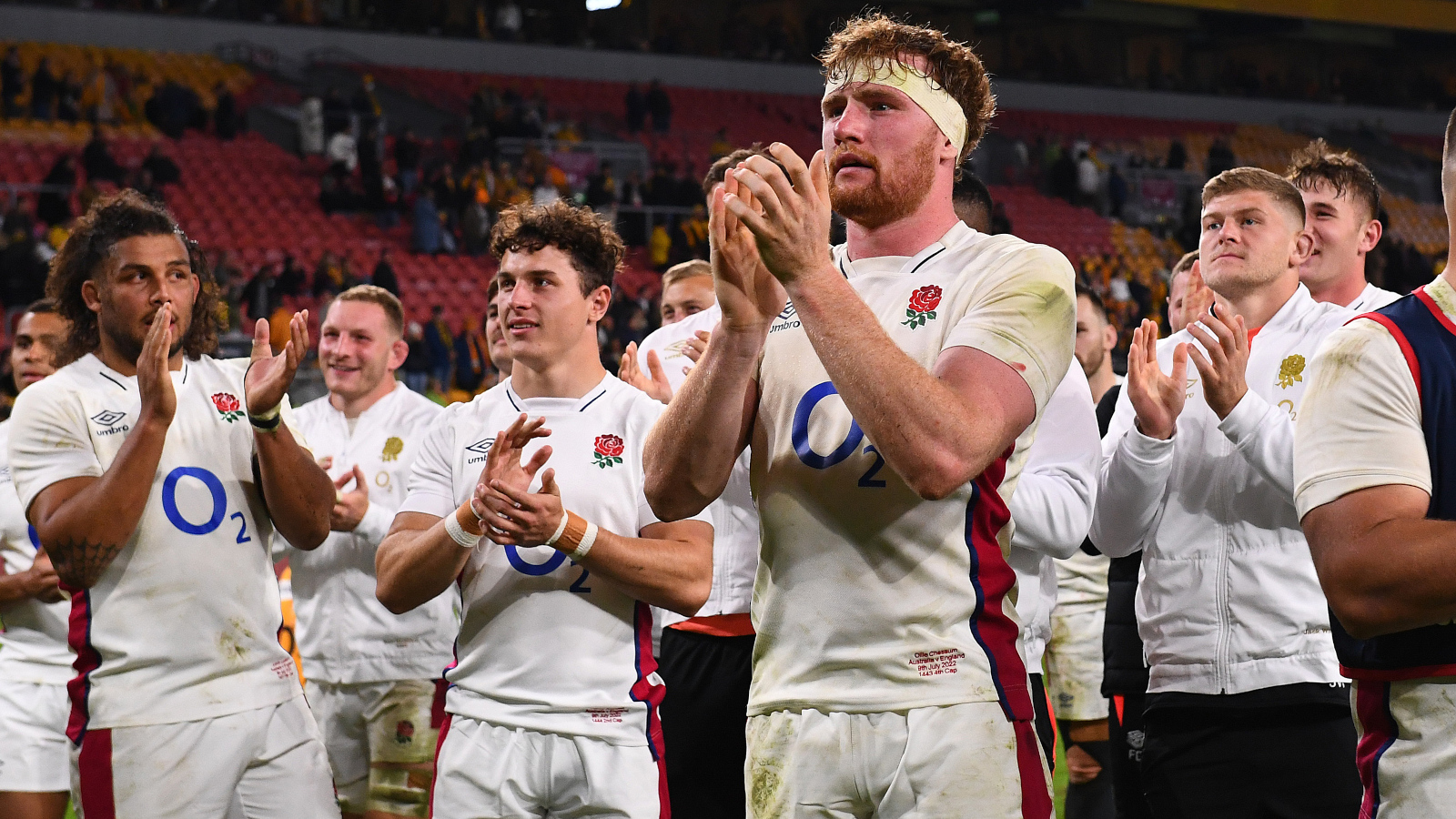 Following England’s 25-17 victory over Australia in their July international, here are our five takeaways from the game in Brisbane on Saturday.

As the games to win for England unfolded, this performance pretty much came under scrutiny as they leveled the three-game series against Australia in a rather messy and messy affair at Suncorp Stadium .

It was a win based on doing everything slightly better than last week, with the rolling maul and breakdown physics the hallmarks of their victory. England’s best player Billy Vunipola crashed and was hit and was rewarded with a try, while skipper Courtney Lawes put on a massive display on the blind flank, helping himself with turnovers, grappling touchdown and carry after carry.

The first half saw England look much sharper in feet and in spirit than last weekend, with debutant Jack van Poortvliet starring and making big decisions at a high pace. His Tigers team-mate Guy Porter put on a quietly brilliant display in defence, really closing the holes in the 13/14 channel that Australia exploited so well last weekend.

For Eddie Jones, it was a game he and his team could not afford to lose. They’ve scratched up a win, but there’s still a lot of work to do on offense if they are to challenge the best teams in the world.

Both Owen Farrell and Marcus Smith seemed to be playing similar scripts today – if those who were slightly more brash were voiced than Harlequins voiced. They played smart and in the right areas and saved 20 minutes of Australian pressure in the second half, they got their exit strategy.

The biggest change, however, was in defense. As mentioned, Porter has had a fabulous season for Leicester and his ability to shut down the corner defense has stopped the big Australian midfield runners who finished nine and 10. He sticks with his man, stays parallel to the goal line and not once did he make a mistake in the key defensive position from the baseline.

However, the two things that still let England down are their contact handling in the opposing red zone and their propensity to give up the ball through silly disciplinary fouls.

England pretty much shaded it at scrum time, and Ellis Genge and Will Stuart both had rumble gains in the loose, with Bath’s tight header in particular carrying at its best. Despite the efforts of world class Taniela Tupou, who popped up from close range for the Wallaby opener, the battle between him and Genge was a belt one, often forcing referee Andrew Brace to flip a coin to decide who was the winner. disbeliever.

But at the time of the touch, it was a mixed bag. The maul worked wonderfully and was an absolute hallmark of the English game. Their try came from such a move with a brilliant hold and forward pass for Billy Vunipola to move around and over the try line. However, Matt Philip once again put pressure on some big names by netting four interceptions on the night which will really concern England given the importance of their line-up moves.

It’s rude to criticize a win, especially such an important win in the context of recent English results, but the England backline really failed to pull off a remarkable shot in attack. All of their momentum came from the direct flat run of the named carriers and there was no way to see Freeman and Henry Arundell free run in any type of space or ground motion.

There were also times when you wondered if England had stopped being positive, whether in defence, from set pieces or from kicks. Playing attacking rugby is a state of mind and when England decide to go into dipping mode they are absolutely at their weakest.

Many times, when he was awarded a penalty, when he was emotionally at the top and in great territorial positions, Farrell chose to strike on goal because he just didn’t trust finishing ambitions. from England. Against the top teams, 14-point margins can be knocked down in the modern game now and England must find a way to score more points.

Both teams have a number of injury bulletins to sweat over, with Maro Itoje high on the list of players Jones will want back. Australia will be equally tense over Jordan Petaia who looked distinctly groggy when he left. Post-game HIA protocols will inform both players’ chances, but that doesn’t look good either.

But with the series at an all and with one to go, this three-match tour couldn’t have been better organised. Sydney host these two great sides next Saturday and despite the Wallabies’ second-half excellence in both Tests, England could well be favorites to win the series 2-1.

LETTERS TO THE EDITOR | Letters