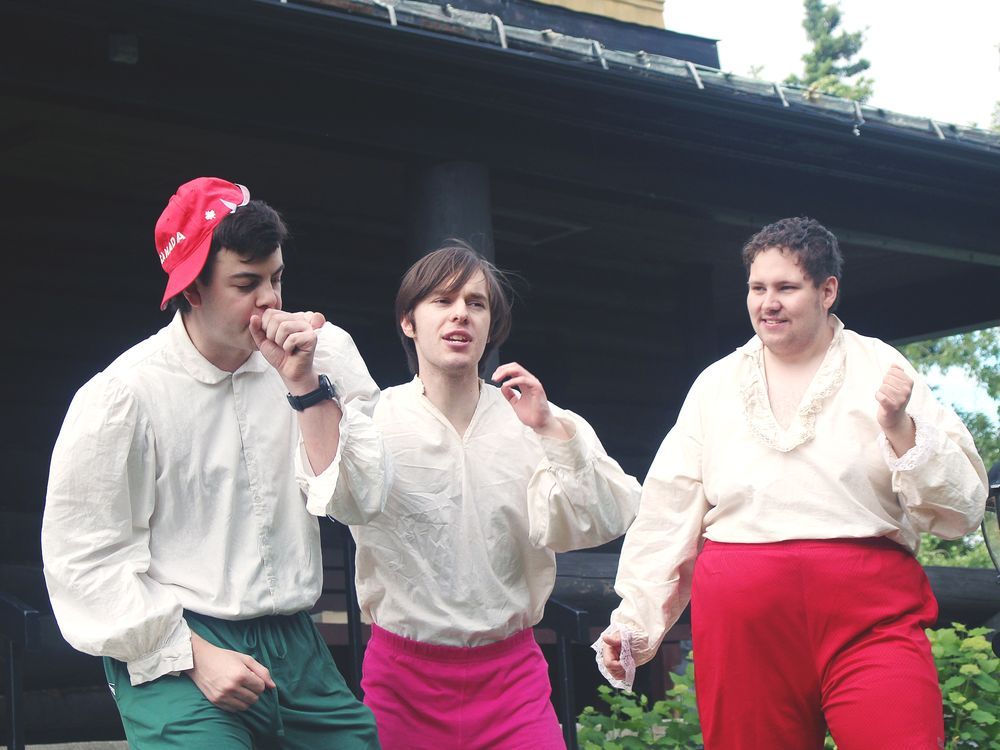 Performances continue inside the museum until July 6

LaSalle Theater Company’s Shakespeare in the Park certainly had a big twist this year. A hilarious, engaging, and sometimes interactive twist that’s not usual for the author’s famous works, but much-loved.

The play encompasses all of Shakespeare’s works in 97 minutes, but with a modern take that has many 21st century references, making it extremely appealing to everyone.

The play was directed and produced by Michael Rawley and in an interview with Northern News said this version of the classics replaces what many would say is/was boring high school English lessons when students were far less engaged with the material .

The piece was brilliantly performed by Noah Kazur, Matti Paquette and Joey Brohm. It was clear that these three young actors had the perfect chemistry for such a part because, as Rawley pointed out, it’s no easy task.

“It’s a lot of physical comedy and one thing I’ve told the guys is that you just have to have energy. You have to start and go, you don’t have lag. He ( takes) also an agile mind; I have three of the best guys to have.