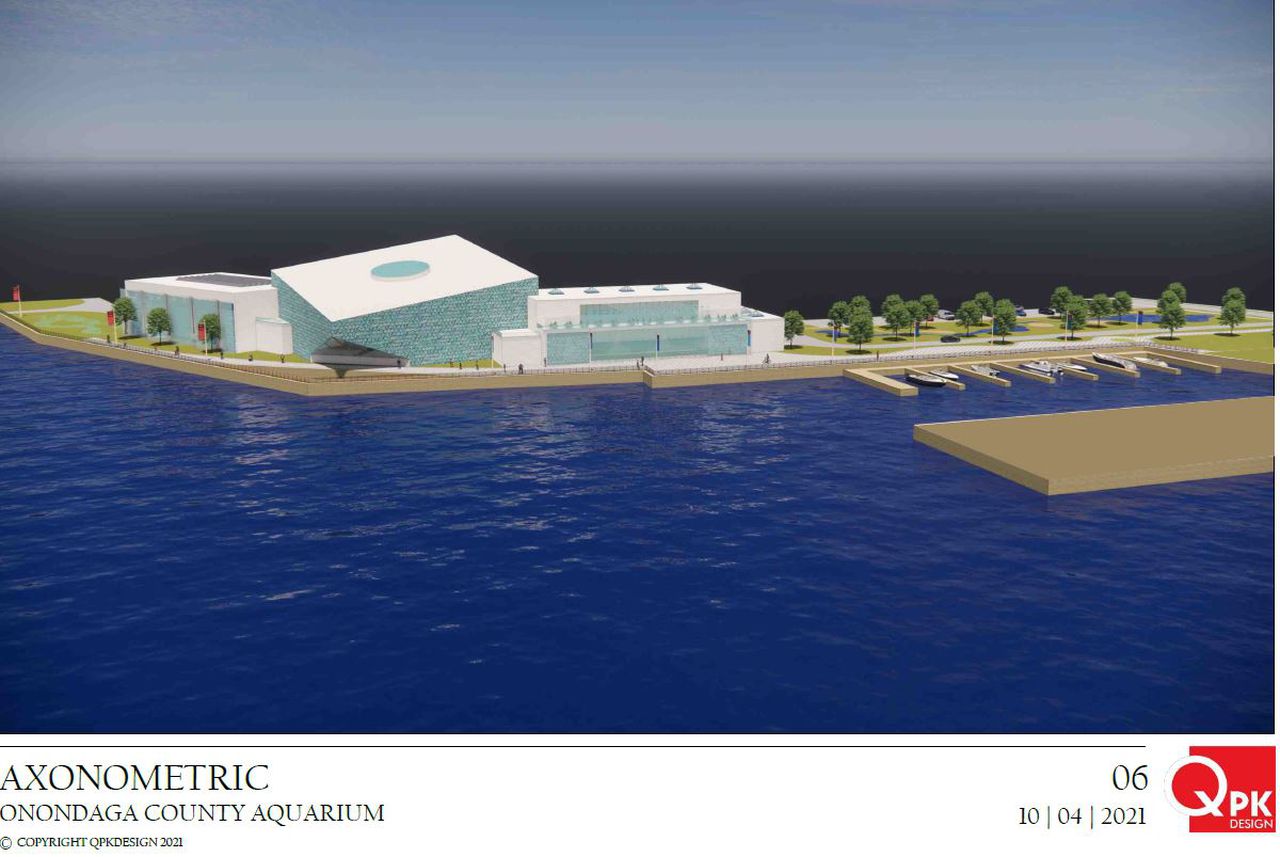 For these readers, McMahon’s aquarium idea sounds like a fish story (letters)

Danny Liedka must be a great cheerleader.

Rah, rah, rah for the aquarium! This will save the Inner Harbor and Onondaga County Tourism! Haven’t we heard this about old projects that met with very limited or questionable success?

You don’t have to be a math genius to realize that his projection of one million visitors to Syracuse per year and the projection of the advisory group which estimated some 490,000 visitors to the aquarium per year must be questioned.

The comparison to the amphitheater is ridiculous unless we can get singing and dancing fish that will spin in new acts every two weeks and order sponsorship and ticket prices are above the $20 or so per person as expected.

I enjoy cheerleading and even when a team loses good cheerleaders, it helps to feel better. However, this kind of project – when we have just seen the closure of an entity that was going to take place in the Inner Harbor – seems much more based on hope than on any reality.

Much of this unexpected largesse should be directed to the persistent and multifaceted problems of poverty and other infrastructure needs.

Visionaries are welcome, but we need solutions to the problems of people in our region, not just projects aimed at attracting wealthy visitors who may spend hundreds or thousands of dollars to visit us.

Danny Liedka’s op-ed regarding the Aquarium and its supposed benefits to the local economy is a regurgitation of the same promises offered by Destiny USA in their original proposal to the Syracuse Industrial Development Agency.

Currently, Destiny USA is awash in debt as it continually tries to counter falling bond ratings and unwilling banks to offer relief. The original Pyramid Companies deal entitled them to 30 years of property tax exemptions.

Developers will still showcase power points and experts to gain support for pie-in-the-sky ROIs, but the largest single project near the Inner Harbor, Destiny falls woefully short of those projections. So here we go again.

There are successful aquariums in the United States. But take a look at the top ten and they’re found in major metropolitan communities, such as Atlanta, Boston, New Orleans, and Monterey Bay.

Before the city, county, and even the state get involved, check the numbers. Having spent over 40 years in finance and accounting, the numbers don’t lie, but the consultants can handle it.

If a city planner were to do a study dedicated to the needs of the city of Syracuse and surrounding Onondaga County, what would be the recommendations? With the highest level of (child) poverty in the country, would we need an aquarium? And knowing for years that there is a dangerous level of lead poisoning in parts of the city, and that it has not been corrected, how could an aquarium solve this problem?

An aquarium is not a multi-faceted business. A privileged few would never go to such a place more than once. Construction and maintenance costs are not transparent. Destiny USA’s pie-in-the-sky pledges, currently worth an estimated $140 million, are now a reality of late payment on a total debt of $700 million. Doesn’t this story signal a big warning sign?

A beautiful park-like setting for a diversity of establishments in our inner harbor would gain in beauty and appeal and be a source of pride. Almost anyone could use and enjoy it.

Our most important priorities are our children. These children are our future and they deserve to be treated that way. Until our shameful downtown problems are solved, any observer with an unbiased opinion would say that another $85 million could be put to good use in a concentrated effort to fix problems that have been going on for decades!

I was disappointed and frustrated with Danny Liedka’s opinion of what he thinks an aquarium would bring to central New York. Change ‘aquarium’ to ‘Destiny’ and it’s the same reasoning we were served years ago about Carousel’s high-end revamp. Mr. Liedka argues that it would bring all kinds of tourism and economic development. I think Mr. Liedka must think that the citizens of Onondaga County have very short memories.

We are now faced with a mall that is struggling to keep retail businesses, restaurants, and activity vendors. The county will continue to struggle with a property that does not meet development expectations.

Again, county management presents a pink image which is all the rage. I’m afraid we’ll end up with a property that won’t stand on its own and we’ll end up with a junky aquarium like in Camden NJ. The only draw is the sharks swimming above you in a tunnel. The rest of the aquarium is overrun with tourist vendors in every hallway near all the other exhibits. It is expensive. I expect the Onondaga County Aquarium will eventually be out of financial reach for many Syracuse residents, county residents, and field trips for school districts that don’t have a budget. field trip.

A better investment would be to continue improvements at the Rosamond Gifford Zoo. Our zoo, to their credit, is a research center. Discuss funding more saltwater and freshwater exhibits.

Head of tourism: the Aquarium is fueling the furnace for years to come

McMahon fishing votes for the aquarium

Letters: guess which way Zelenskyy would vote in Indyref2?