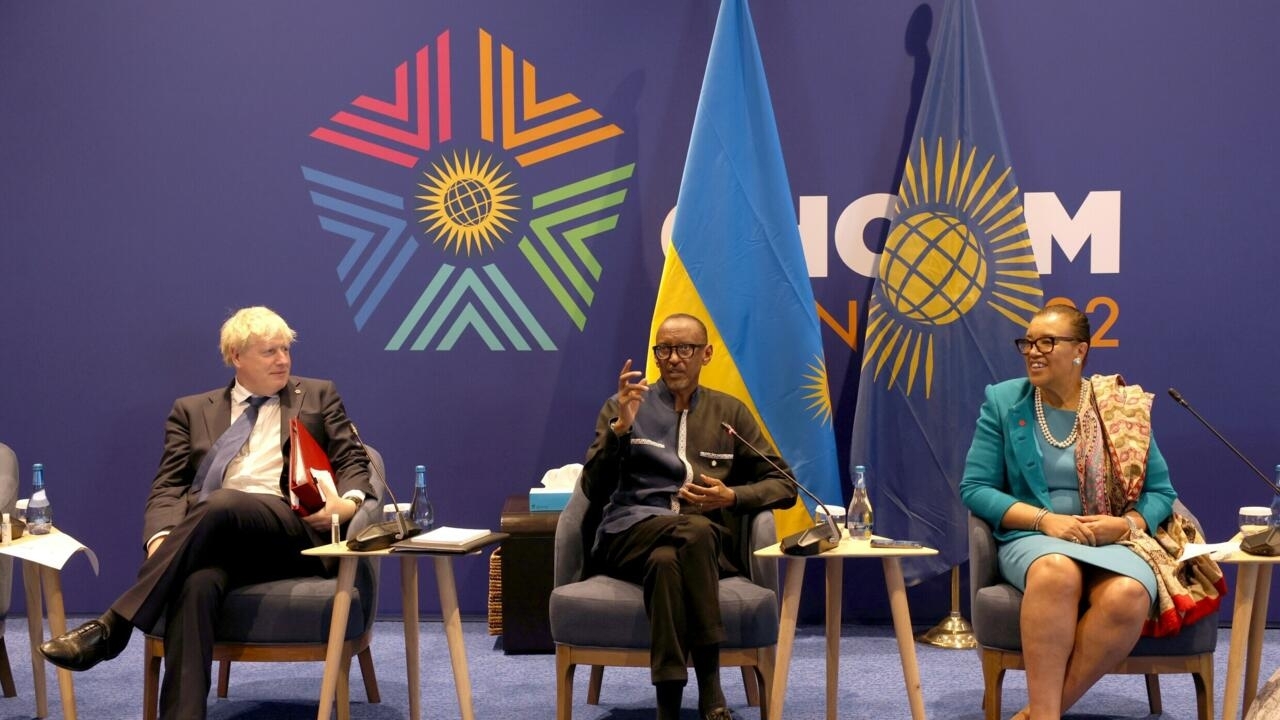 The Commonwealth also welcomed two new members into the fold at its summit in Kigali – the French-speaking West African states of Togo and Gabon which have no historical ties to Britain.

The decision to hold the rally in Rwanda has been sharply criticized by rights watchdogs, who have accused Commonwealth leaders of turning a blind eye to the repression and imprisonment of opponents in the host country.

Kagame, who has ruled de facto since the end of the genocide in 1994, told reporters that Rwanda was proud of its record and would not be lectured by outsiders.

“When it comes to values, we don’t need any lessons from the BBC or anyone,” Kagame said in an impassioned statement that lasted nearly 30 minutes.

“I want to assure you that there is no one… who (sees) values ​​better than us here in Rwanda,” he said at the summit’s closing press conference.

Ahead of the meeting attended by Prince Charles and around 30 leaders, rights groups warned that Kigali’s gleaming streets had been cleared of homeless people and street children to maintain a bright image for locals. visitors.

In an open letter, 24 civil society organizations said there was a “climate of fear” in Rwanda and urged Commonwealth leaders not to risk the integrity of the body by letting Kagame off the hook.

His government presided over a crackdown on assembly rights, enforced disappearances, arbitrary detentions, torture and extrajudicial executions, they said.

Kagame has dismissed any suggestion that the government has detained opponents, saying some of his most vocal critics have been released from prison by presidential pardon.

“There is no one in Rwanda who is in prison who shouldn’t be there, because we have a judicial system which is actually functional and fair,” he said.

Kagame also announced that Gabon and Togo had been admitted to the Commonwealth, the first new members since Rwanda in 2009.

“This is a historic moment! A new important page in the history of Gabon is opening 62 years after its independence,” Gabonese President Ali Bongo said in a statement.

Togolese Foreign Minister Robert Dussey said membership opened the door to 2.5 billion consumers in the Commonwealth realm, offered new education opportunities and sparked a “craze” for English among his compatriots.

Francophone states have also sought to join the Commonwealth in recent years to distance themselves from former colonial ruler France, analysts said.

The admission of Gabon and Togo brings membership to 56 nations, and is a boon to the Commonwealth at a time of renewed discussion about its future relevance and modern profile.

Republican movements are taking root in a number of Commonwealth countries and some are demanding reparations for colonial-era injustices.

Prince Charles told Commonwealth leaders on Friday that the choice of becoming a republic or abandoning Queen Elizabeth II as head of state was theirs alone and expressed his ‘personal sadness’ over to the British legacy of slavery.

But the admission of Gabon and Togo could raise questions about the Commonwealth’s commitment to good governance, respect for rights and democracy as core values ​​of its charter.

Both countries have been ruled by single-parent families for more than half a century, and elections have been marred by irregularities and violence.

“We are much better together than we will ever be apart,” said Patricia Scotland, who was re-elected in Kigali for another two years as Commonwealth Secretary General after a deadly and divisive campaign.

Delegates to the Commonwealth Heads of Government Meeting (CHOGM) addressed issues such as climate change, violence against women, mental health, vaccine equity and urbanization, to name a few. name a few.

A much-criticized deal to deport UK asylum seekers to Rwanda, however, hampered the meeting, with Johnson vigorously defending his policy.

Ahead of the summit, it was reported that Charles – who takes control of the Commonwealth when he becomes king – strongly opposed the migration scheme.

The first transfer of asylum seekers due this month has been blocked by a European court, but Johnson insists the deal is not illegal and he will pursue it.

Born from the British Empire, the Commonwealth represents a third of humanity in the countries of Africa, Asia, Europe and the Americas.

The next Commonwealth meeting will be in Samoa in 2024.