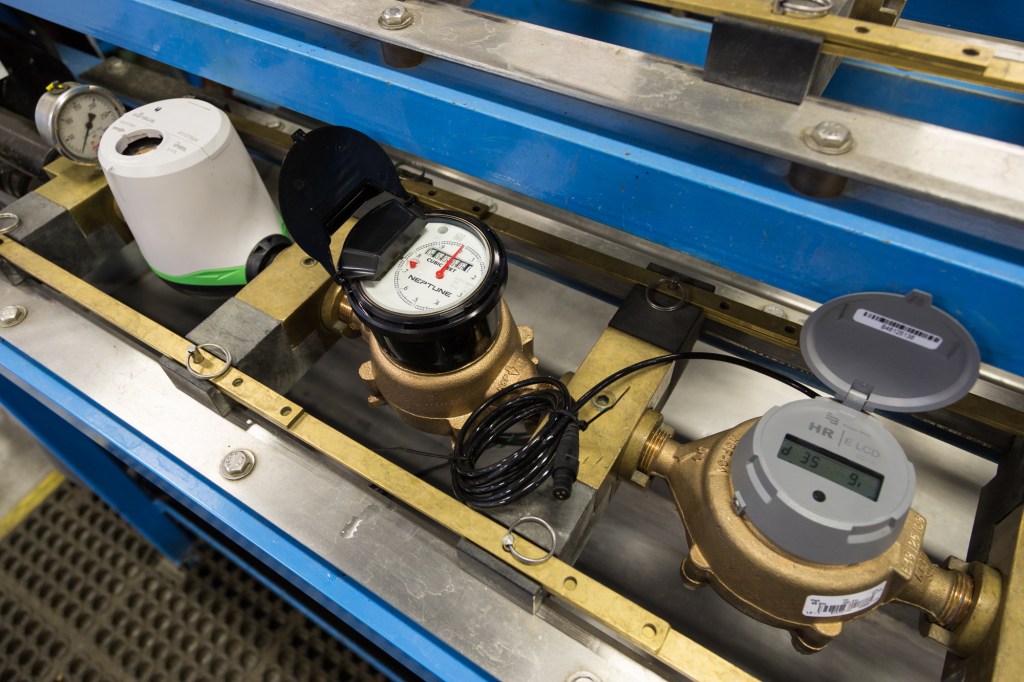 Submit your letter to the editor via this form. Read more Letters to the Editor.

Smart water meters
are not a new technology

Big phew. Morgan Hill has had “smart” water meters for years. I first noticed that a lot of speedometers had a new “washer” shaped attachment on the covers. I opened mine and saw there were wires attached to the meter as well. Then I saw city workers walking around the neighborhoods with (what looked like) metal detectors, except they only scanned the tops of meter boxes.

Now they are connected via WiFi and I get phone calls and emails from the city whenever my house starts using abnormal amounts of water. This part is really cool.

In the past, when I had burst irrigation pipes (rats regularly ate the plastic), the neighbor had to come and tell me I was flooding his yard (and had been for two weeks). Now the city is telling me there is a problem in real time with a phone call and in an email.

Trump remains a threat
to our democracy

What more evidence does this country need to conclude that Donald Trump and his henchmen deliberately conspired to overturn the 2020 election, foment a riot, and bring down our democracy?

Clearly, even hard evidence and credible testimony from many of Trump’s former advisers, insiders and accomplices is still not enough to convince many Republicans (65%). Columnists like Victor David Hanson and Marc Thiessen as well as Fox News continue to cling to straws and sow doubt in people’s minds that this is all a “witch hunt” and that Trump is the “victim”. It’s classic Trump.

He’s been a loser at everything and knows only one thing: to win at all costs, using every angle and every excuse, even if it means destroying people and principles along the way. Trump and his supporters are a threat to everything America should stand for.

I want to commend Ohio Governor Mike DeWine for signing legislation making it easier for school employees to carry firearms on Ohio campuses.

My daughter is a schoolteacher in the Bay Area and she agrees that introducing more guns to her school would make her feel much safer going to work. In fact, she anticipates a flood of teacher transfers from California and other states to Ohio to take advantage of this brilliant and progressive concept.

As a parent of an educator, one can hardly imagine the possibilities. Thank you, governor.

Does anyone still have faith in President Biden’s political predictions?

The Associated Press interview with Josh Boak, “Biden Says Recession Not Inevitable” (Page A1, June 17) is an indication of his inability to lead our democratic republic.

“Inflation is temporary” shows that he is more concerned about voting in the 2022 and 2024 election cycle than the domestic well-being of the American public.

“Putin must go” is an example of popular rhetoric and excessively poor foreign policy.

His quote in the interview “People are really, really depressed” isn’t necessarily his doing, but Biden is proving incapable of dealing with more than popular proclamations.

An unfortunate problem with our democratic voting system is that it produces vastly inferior political leadership.

The government should not
repay student loans

Negotiate low- or no-interest loans with an extended time to pay them back, but no government student loan repayments. This is unfair to taxpayers who have paid off their student loans.

I was 32 when I made my final payment. We don’t want to pay for those who made bad education decisions. The government cannot declare adults to be 18, with all the responsibilities of being an adult, and then forgive the contracts they signed, as adults, to get student loans.

Taxpayers’ dollars would be better spent on a national program to improve career guidance through career education, K-12, to guide students into decent-paying, high-demand jobs and robot-proof. An expensive university is not for everyone. Post-secondary education/training leading to in-demand occupations is for everyone.

Help our children make post-secondary education/training decisions, based on their tested and guided interests and abilities, and we won’t worry about future student debt either.

Donald Trump is a criminal, pure and simple. He and his co-conspirators plotted to overthrow the government to maintain power, and he and many Republicans continue to undermine the integrity of our system with inflammatory rhetoric and lies.

Unlike Watergate where Republicans put country before party, today’s Republicans put party before country. In 1972, the country demanded that Richard Nixon leave office, but today, in the face of overwhelming evidence of Trump’s acts of treason, Fox News, Ted Cruz, Josh Hawley and the like continue to mislead the public into believing that Trump was not the instigator of the Jan. 6 riot or plotted for months to challenge his losing bid for re-election.

Are we so simple-minded and impressionable that we will succumb to a flimflam man and his sycophants? It seems so, and even if somehow reason should prevail, this fiasco has irreparably damaged the integrity of our democracy.