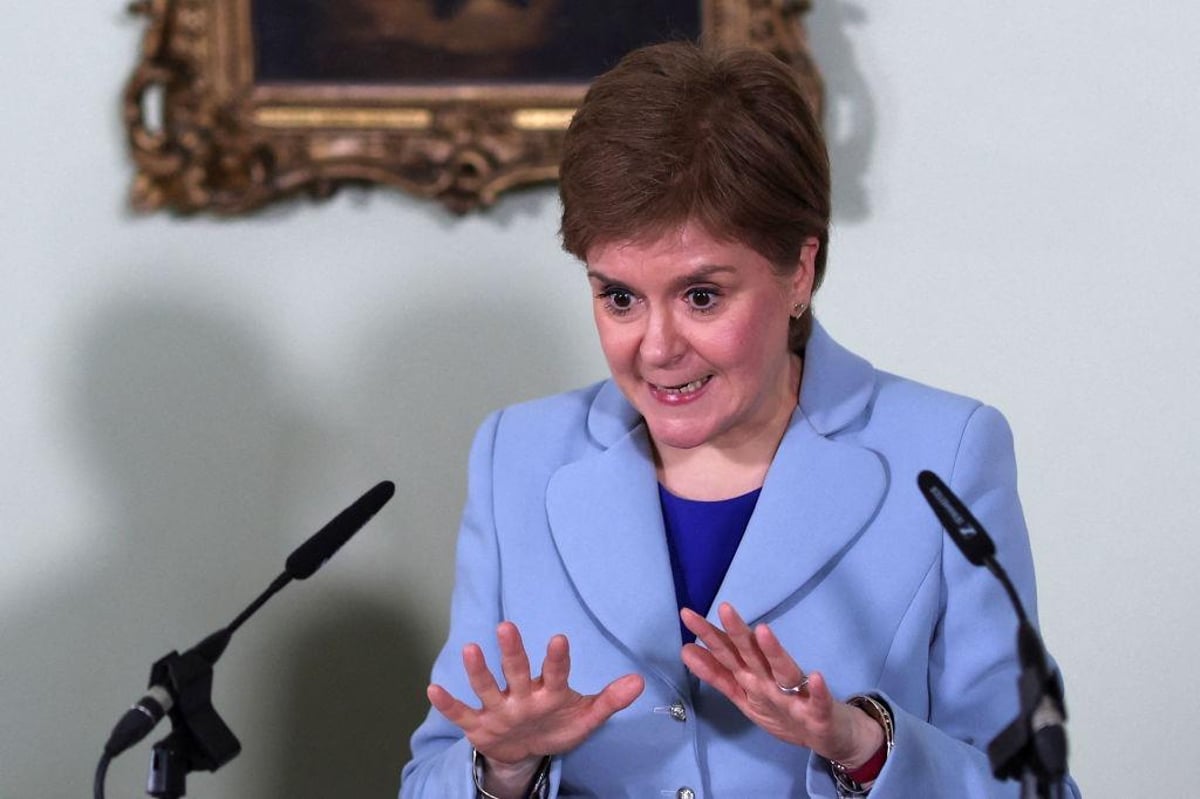 Letters to the readers: vote yes for Sturgeon’s Scottish Neverland?

Ms. Sturgeon titled this latest episode: “Independence in the Modern World. Richer, happier, fairer: why not Scotland? The answer is that under an SNP government, very ably aided by the Prime Minister’s Green friends, Scotland is poorer, no one is happy – not even their own supporters – and that is not fair, we cannot not keep revisiting tired old policies. Ms Sturgeon and Greens co-leader Patrick Harvie have a load of daily crises to manage, ongoing or to come. There is no one in the Scottish Government who really deals with realities, they are all busy dreaming. They are public servants paid by the taxpayer to solve problems, not to create new ones.

Launching a campaign for another referendum, Nicola Sturgeon said she received a mandate to do so, during the Holyrood elections last year. Unfortunately for Nicola, some of us remember his words in said election that it was not about constitutional change, but about his handling of the pandemic. Some of us have a better memory than her!

The Scottish ‘planter’ government’s second independence referendum (your report, 14 June) evokes the political equivalent of re-enacting a historic battle, whether it’s The Sealed Knot re-enacting the English Civil War or re-enactments of the Battle of Prestonpans, much closer to home.

The No and Yes camps will bring together the right and the left. On the right, Conservative supporters of ‘no change’ security would be joined by Brexit supporters and those who fear the EU. Their flags hang in strategically arranged folds next to a man seated on a podium whom – sadly – they don’t even fully believe in. The happy place of this camp is 1707; 300 years of history count. Their mantra is “once in a generation”.

On the left are those who have their eyes on the future, not the past. Pro-Europeans. Equality of mind, openness to the outside and self-determination; fear of little except not taking decisive action against climate change. Their priorities are the challenges of poverty and physical and mental health, the reception of migrant workers who contribute to the Scottish economy, the accommodation of refugees and asylum seekers. Carried by the tens of thousands, their flags wave optimistically in the winds of change. Their mantra is “what’s in a generation?” »

Reframing the concept of generation as a question, and not as an affirmation, offers new perspectives, starting with the two generations since the 1980s after the Falklands. Thatcher’s destructive industrial and trade union policies did not lead to the path that Nicola Sturgeon is now advocating for Scotland to assess “how neighboring European countries comparable to Scotland are using the full powers of independence to adapt policies to their own situation and achieve better economic and social outcomes.” The 1992 general election instead led to the intensification of Scotland’s democratic deficit and a movement which coalesced around ‘The Vigil’ at the exterior of the Royal High School with a huge pro-devolution march in December 1992. Some 74.29% voted in 1997 to reconvene the Scottish Parliament.. Ten years later the SNP began 15 years as democratically elected representatives to whom the Scottish people had the most confidence to defend their interests 2014 was an episode in a trajectory spanning two generations, not a defining moment of one of them s.

Nicola Sturgeon set designer talks ‘focusing’, ‘building’, ‘navigating challenges’, ‘being in charge’ as Scotland finds its own path to becoming the country it wants to be, learning from small countries prosperous Europeans, including Ireland and Denmark. Today, 81% of Scotland’s population is under 64. It is up to them to define this new generation and its choices.

If everyone in Scotland read them, Indyref2 would be a dead duck. The problem is that maybe only 300,000 people read the newspapers and another 500,000 watch the Scottish TV news channels, which won’t be able to hide the madness of the whole company but will do its best to keep the balance She just doesn’t deserve it.

But there are 4.3 million voters in Scotland, the majority of whom will not know this charade even happened, so it will go on and on.

When I watch and listen to Patrick Harvie and Nicola Sturgeon, I despair of Scotland’s decline.

Nicola Sturgeon has the audacity to launch a work of independent fiction under the title “Richer, Happier, Fairer”. She ignores the advice of Professor John Kay, an esteemed economist and former adviser to the Prime Minister, that Scotland would likely start independence with £180billion in debt with an obligation to borrow £20billion a year . We will be ‘happier and fairer’ with a continued widening achievement gap, lower life expectancy, longer NHS waiting lists in an economic ideology mired in the past. The real question must be why, after 15 years of SNP government, we as a nation are not already ‘richer, happier, fairer’ with taxing powers and control over education and the NHS? Oh yeah, it’s all Westminster’s fault. I look forward to Mrs Sturgeon answering the real questions about currency, taxation, our borders, NATO and EU membership, nuclear weapons and the role of the Bank of England in a Scotland independent.

Until she can answer these questions with facts and authority, independence is a fantasy that will continue to divide our nation and waste our money.

Nicola Sturgeon, desperately looking for reasons to revisit the issue of independence again, listed a number of smaller European countries that are doing better than Scotland. However, there is a very good reason for this – they don’t have SNP support.

With all the SNP failures in everything from £400m ferries to BiFab, £40m Prestwick and the £568m aluminum plant which failed to deliver a jobs, it’s time for Nicola Sturgeon to respond. What is his solution? Simple! Spend £20million earmarked for Scotland’s poorest and most needy on a referendum we all know is illegal. Not only is this illegal, but Westminster will stand up for the people of Scotland and tell the SNP they cannot hold a second referendum because we have already had one and we the people of Scotland have won. Nicola Sturgeon is desperate for the debate to shift from her party’s failings to a different topic in hopes she can get away with it. Sorry. I’m afraid not.

J Moir makes a very good point about the majority required for any referendum result that fundamentally changes the British and Scottish constitutions. They suggest that a simple majority of 51% in favor would be unacceptable. Before SNP supporters jump on it citing “democracy” and “the will of the people” etc., maybe they should think about the following. Clause 27 of the SNP’s own constitution (unless recently amended) states: “This constitution may not be amended except by a vote of at least two-thirds of the delegates present and voting at the national conference.”

So Nicola Sturgeon says it’s time to talk about Independence again. Can she clarify when she didn’t mention it because I must have missed those ten minutes since 2014.

The UK is in the hands of those who have created huge contradictions in our national efforts. We deal with those who have programs so impractical they are unbelievable – to anyone but the government, that is. The Net Zero campaign and renewable energy are only a small part of it.

Would a country with nuclear power and huge reserves of energy from natural resources give up all that and embark on a policy of obtaining that energy from the sun and the wind? No. We are simply manipulated into this position by those who would like to see us in the economic dustbin. Could we just wake up before it’s too late?

Your letters: GreenLight Metals maintains that it would operate safely and responsibly