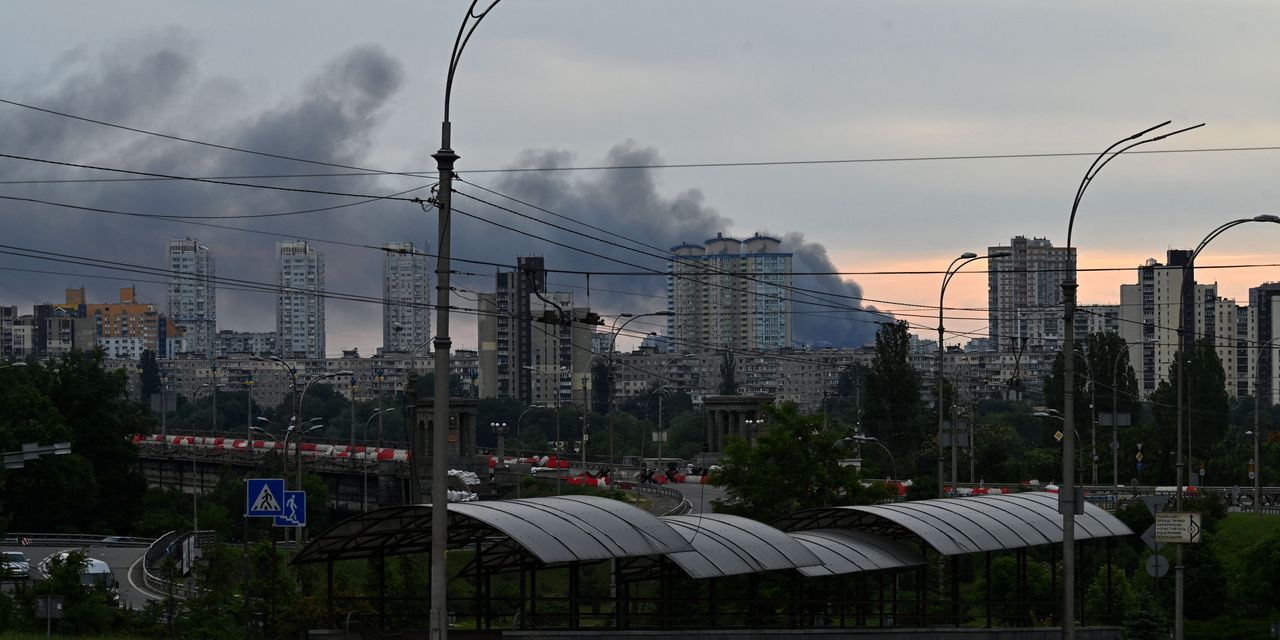 Peace in Europe is slipping away. The future of Russia and Ukraine is unclear.

About the Author: Edward Pricea former British economics official, is a non-resident senior fellow at the Center for Global Affairs at New York University.

The war in Ukraine will decide which will characterize Eastern Europe for years to come.

America prefers trade, although it has had scrambles in the other two. Meanwhile, Germany, Russia and the European Union have tried all three. Curiously, their failures – the limits of their empires and their economies – always seem to hurt Eastern Europe. Polish pilots, for example, did a lot to win the Battle of Britain in 1940. Poland itself? Alas, subjugated by the post-war USSR. For some reason, Eastern Europe just can’t seem to cut themselves a break.

If this all sounds very simple, it is. In fact, it’s even simpler. This is European history at a glance. There are very beautiful lands between Berlin and Moscow. Berlin and Moscow want to influence, even own, these lands. But neither can – while the land is far too easy to invade, the proud inhabitants are far too difficult to control. And that’s all. It goes on and on. As such, we could view the new conflict in Ukraine not so much as the start of World War III as the persistence of World War I.

Here are the bare facts. In the 20th century, Germany tried to conquer Russia. Twice. The first time, it’s successful. Berlin exhausted Moscow and, in 1918, it had to sign the Treaty of Brest-Litovsk. For the Germans, this treaty was an epic victory. He ended the war in the east and gave Germany the Baltic and most of Ukraine. But Germany’s subsequent defeat in the west ended the Teutonic conquest. An enraged Berlin therefore had to leave France and Alsace-Lorraine, cede a land corridor to Poland and return its assets in Ukraine.

In 1941, Germany made a second attempt to subjugate Russia. For a while it seemed even more successful than the first. But Hitler screwed up. After easily conquering Poland, he took on Britain and France. France has fallen. Britain did not. Either way, Hitler then turned against Russia. He wanted Lebensraum, “living space.” And he wanted Ukraine back. However, dividing its forces into three and delaying its attack, the German army came to a standstill outside Moscow. The moment was lost. Finally, the Wehrmacht was swallowed up alive in Stalingrad and Kursk. A combination of Eurasian winter, Russian heroism and German idiocy led to Hitler’s eventual defeat.

So much for the German conquest.

But the problem of interaction between Europe and Russia remained. Russia’s turn to deliver a result has come. Occupying half of Germany after 1945, Moscow implemented a flawed program of autarky. It was communism. Ignoring the rest of Europe and fighting with America, Russia created the Soviet bloc. Essentially, it was an attempt to create the fortress-like economy backed by an ideology that Hitler had intended, albeit much smaller and eastern-centric. But that didn’t work either. Uncle Sam had other ideas, and in the 1990s the Soviet Union broke apart under the pressure of internal and external weaknesses.

So much for Russian autarky.

Naturally, the West celebrated the end of the German Empire and the Russian bloc. Both were totalitarians. Both failed. But the West has never really replaced either with a universal model of the third option: trade. Of course, we have the European Union. And yes, globalization has spread american peace worldwide. But America’s interest in internationalism is fading, and the EU has always been halfway there. The EU is a trading bloc on the face of it, but it also has deep protectionist, even autarkic economic instincts. This combination prevented the EU from truly absorbing the East. Franco-German trade is really that: Franco-German. So while Europe flirted with countries like Turkey and Ukraine, it never had any real intention of marriage.

So much for European trade.

This chess trio – an evil German Empire, chaotic Russian autarky and exclusive European trade – has brought us to the present moment. None presented a settlement that Ukraine wanted or could obtain. Again, then, a question. Is Kyiv’s future east or west? With NATO or Moscow? Again, there is no clear answer (only clear preferences). And once again, the armies clash.

It is hard to escape the conclusion that whatever happens in Ukraine, there will be no permanent resolution.

Let’s consider the first option: conquest. From the outset, Europe will not. France and Germany have made it clear that they do not want a real economic and military collision with Russia. It’s logic. Both nations have had losing wars against the Russian bear. Where Napoleon stumbled, Hitler fell. And both nations have also enjoyed close friendships with Russia. Before World War I, Paris and Moscow were best friends. In 1894, the two capitals vibrated. They signed a secret treaty and created the Double Alliance. Also, after World War II, many Germans grew up learning Russian. Germany’s dependence on Russian oil and gas is not only an economic bond, but also a cultural one. No matter how modern Bundeswehr spend on tanks, German armor will only move east if the war gets out of hand. Nor does it seem likely that Russia will be able to conquer Europe. The key lesson since the invasion began on February 24 seems to be that the Russian military is not as nimble or as powerful as we thought.

The misery of Eastern Europe will not end with conquest.

So there is autarky. This scenario would see Russia and Europe shaking hands and going their separate ways. This too is unlikely. Even if there is some sort of peace negotiation between Europe and Russia (in which Ukraine is forced to cede territory), economic relations between Russia and Europe will remain a tangled mess. This question introduces the third trade option. This option is straightforward. All he asks is a rhetorical question. Will Russia ever join the EU?

In short, nothing resembles a viable peace.

German author Eric Maria Remarque wrote a famous lament about the First World War. In English, the title of his book has been translated as In the west, nothing is new. It’s rather good. But the German original, Im Western nichts Neueshas a much deeper meaning: Nothing new on the western front. This sentiment is more appropriate. And it is also universal.

Looking at the war in Ukraine, today there is nothing new on the is front.

Guest comments like this are written by writers outside of Barron’s and MarketWatch newsroom. They reflect the views and opinions of the authors. Submit comment proposals and other feedback to [email protected]