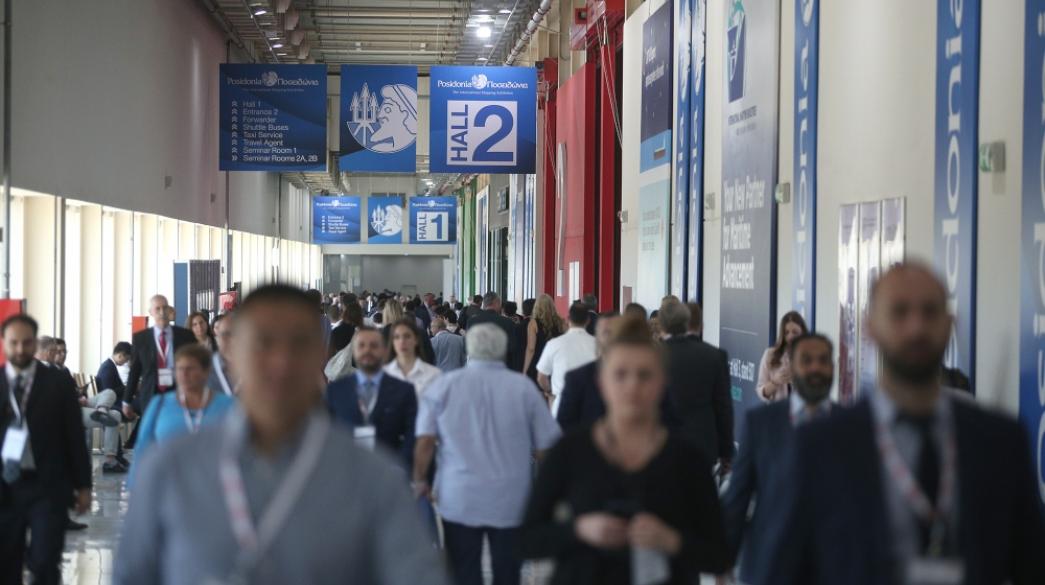 The Posidonia International Shipping Show will be held at the Metropolitan Exhibition Center in Athens from June 6 to 10, organizers Posidonia Exhibitions SA announced on Thursday. In a statement, organizers said a total of 1,929 companies of 88 countries will display their products and services, while the exhibition will feature 24 national pavilions from Europe, North America and Asia, according to the confirmations. More 18,000 international visitors are expected, including vice presidents and ministers from maritime nations and the European Commissioner for Transportorganizers said.

This year’s exhibition will include more than 30 tech startups showcasing their first digital solutions to industry challenges and problems.

Director General of Posidonia Exhibitions Theodore Vokos said interest was high: “We managed to cover the entire exhibition space, and now it is imperative to build additional exhibition halls.” He added that this year the event became the first exhibition held in Greece to receive an ISO certificate, thanks to initiatives aimed at reducing its environmental footprint. Since 2018he said, the expo has grown from seven%.

In reference to 50 years of Posidonia, Yiannis Plakiotakis, Minister of Merchant Marine and Island Policy says the event “promotes the best example of creativity and productivity for Greece: maritime transport. The strong presence of Greek maritime transport all over the world has a positive impact on the overall image of our country. Plakiotakis added that the issues the industry should address in conjunction with the government are “sustainability through decarbonisation of shipping as well as the lack of deck and engine officers for global fleet manning.” .

President of the Hellenic Chamber of Navigation George Pateras noted that “After the trials and tribulations of the COVID-19 restriction, we are finally free to promote our industry and see innovative solutions to many of the problems and challenges we will face in the years to come. We will see old friends and we will make new ones while exchanging stories of our adventures over the past 4 years.”

“Maritime transport is leading the way towards the energy transition with strength and will, using our accumulated know-how and experience.” Melina Travlospresident of the Union of Greek Shipownersasserted, adding, “We are shaping the developments and honoring our leadership position of 21% of the global market and 59% European deadweight tonnage. We submit concrete, realistic and effective proposals on the issue of green and sustainable maritime transport.”

Mayor of Piraeus Yiannis Moralis called the port city “the home and heart of Greek shipping, the main pillar of the Greek economy and the shining star in all the oceans of the world”, and said the city is working hard with all stakeholders “so that our city emerges as a modern business, tourist, maritime and commercial center, known and recognized throughout the world.”

Posidonia 2022 is under the auspices of the Ministry of Shipping, the Union of Greek Shipowners and the Hellenic Chamber of Shipping, with the support of the Municipality of Piraeus and the Greek Maritime Cooperation Committee.