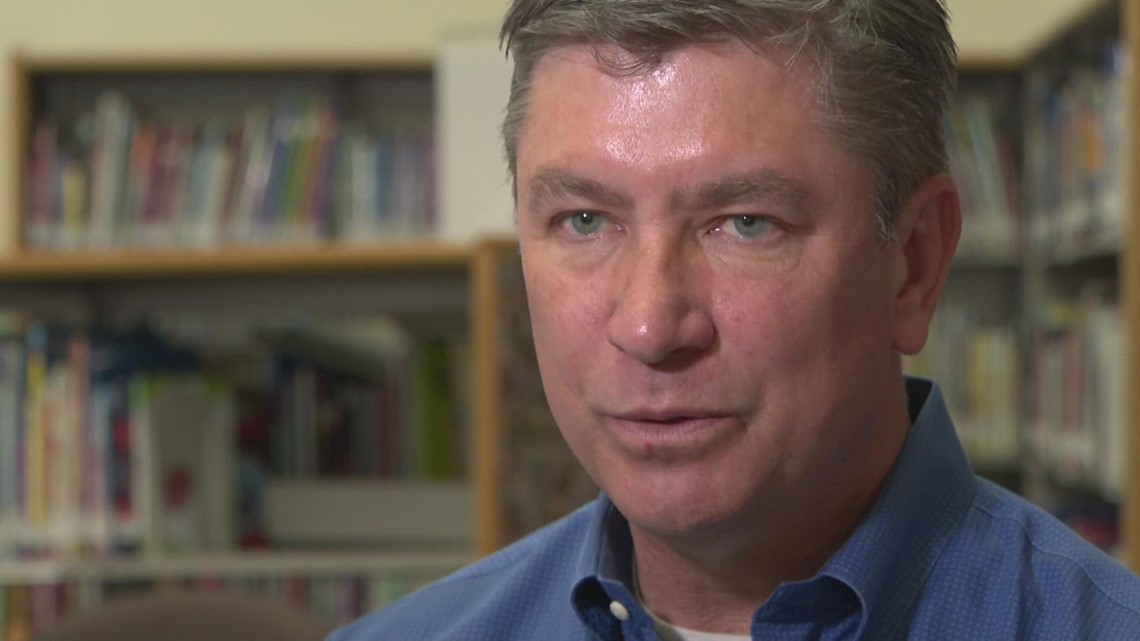 Superintendent calls for changes in letter to community

Chris Gdowski said he’s had enough of writing the standard “mass school shooting letters,” so he took a different approach in his latest post.

DENVER — Sadly, school leaders have written too many letters to the community, following a mass shooting.

They express their outrage and grief, the resources they will bring, the added security, etc.

But, a local superintendent said he was frustrated, writing the same words over and over again as gun violence in schools appeared to be on the rise.

“Dear Five Star Community, I can’t bring myself to write or endorse another one of the ‘Mass School Shooting Letters‘ that we, and school districts across the country, have sent over the past 23 years. after the Columbine High School Shoot,” Superintendent Chris Gdowski said in a letter to the Adams 12 Five Star Schools community. “I suspect most of you stop reading these letters after the first paragraph because the content has become so familiar that most of us are able to recite the key points without reading them and are numb to them at the same time. time.”

For decades, the same words and sentiments have been recited after a mass shooting.

“We have to do something different so that we don’t just report horrible situations and hope that we’re going to limp and cry and things will be different in the future,” he said. “I think it’s time for us to raise those age limits for shotguns, rifles and assault weapons to 21.”

Feeling this pain and frustration more than ever, as gun violence in schools has worsened, Gdowski said it was time to make tangible changes.

“For whatever reason around school violence, we just have this attitude of desperation that we can’t do anything to change it or we have a pious wish that if we just have more law enforcement in the schools, or if we provide more youth mental health services that it’s just going to go away and I think we’ve done a lot of those things, we’ve had more law enforcement presence in our schools, in places of our state since Columbine,” he said. “We’re doing a lot in terms of mental health intervention and yet those things alone aren’t going to solve the problem any better than what we’ve seen over the past 20 last years and more. So a lot of frustration.”

Gdowski has served as superintendent for 13 years and said more security, lockdown drills and expanded mental health resources are necessary and needed to help prevent a tragedy in the future.

But he also thinks there is still a lot to do.

“The things we are doing to try to mitigate these situations are just not enough. They demand perfection on so many different aspects of human behavior that simply don’t exist. We will not always correctly assess a student’s threat risk. We’re going to have situations where someone leaves a door unlocked that should be locked. We’re going to have situations where communications are down, the law enforcement person on the scene is overrun by someone who has far superior firearms,” he said. “All measures mitigation that we have taken, it’s just not proven effective in preventing these kinds of incidents. We must go further than what we have done.

Her daughter was in kindergarten when the Columbine tragedy happened. He said he never imagined gun violence would only increase as his child prepares to have a child of his own.

“Certainly things need to be done to punish parents and others more aggressively for allowing teenagers access to these kinds of weapons. But in so many cases, 18, 19 and 20 year olds are buying these guns and then using them to carry out acts of violence, including the most recent tragedies in Buffalo and then Uvalde,” Gdowski said. “I think if we make access to guns more difficult for this age group there will always be imperfections, but I think we will limit some of these horrific incidents that we have seen.

Here is the full letter Gdowski wrote to his school district community:

I can’t bring myself to write or endorse another one of the “Mass School Shooting Letters” that we, and school districts across the country, have sent over the past 23 years after the Columbine High shootings. School.

There are some modest variations in these letters, but the common message expresses outrage and grief that another shooting has occurred; indicates that our thoughts and prayers are with the families, loved ones and the school community in which the shooting occurred; informs parents of the counseling services we will be making available in the coming days, as well as links to other resources that can help families navigate discussions with their children about this latest tragedy; and reaffirms our commitment to security as our top priority, along with the increased security and law enforcement presence that will be implemented in the days ahead. I suspect most of you stop reading these letters after the first paragraph because the content has become so familiar that most of us are able to recite the key points without reading them and are numb to them at the same time .

I have spent my entire professional career as legal counsel for school districts and as a superintendent in this school district, and during this nearly 30 year period I have witnessed significant progress in many aspects of public education. Schools have become more inclusive and welcoming, students from diverse backgrounds are progressing more academically, and we continue to progress in many other areas.

At the same time that we have made these important advances in public education, we have also seen an increase in this type of violence. We’ve added important mitigations, such as school resource officers, security and lockdown drills, quick-lock doors and rapid crisis communication systems, threat assessment protocols, extensive mental health services and, in some districts, even armed staff. Even with these additional mitigation efforts in place, I know we could all cite a number of recent and past situations in our state and across the country that have still seen violence.

These mitigation measures are important and should remain in place, but much more needs to be done. It’s time we stopped dancing around and really looked at gun availability for teens and people with mental health issues. It is time to bring the same will to confront the brutal facts, and the same urgency and determination, to reduce gun violence in schools that we brought, so successfully, to the evolution of student results and rights. civics in our schools.

My daughter was in kindergarten the year of the Columbine shootings. She is now nearly 30 and expecting her first child in the fall. Never would I have imagined, comforting her at age six after Columbine, that gun violence at school would not only continue, but increase in frequency as she transitioned from childhood to her present role. future parent. It’s time for all of us to advocate for changes to those laws and policies that contribute to gun violence in schools so that our children and grandchildren can go to school like we did years ago. a generation – without the lingering fear and worry of school shootings.

RELATED: A lot is asked of teachers. This includes preparing for classroom defense