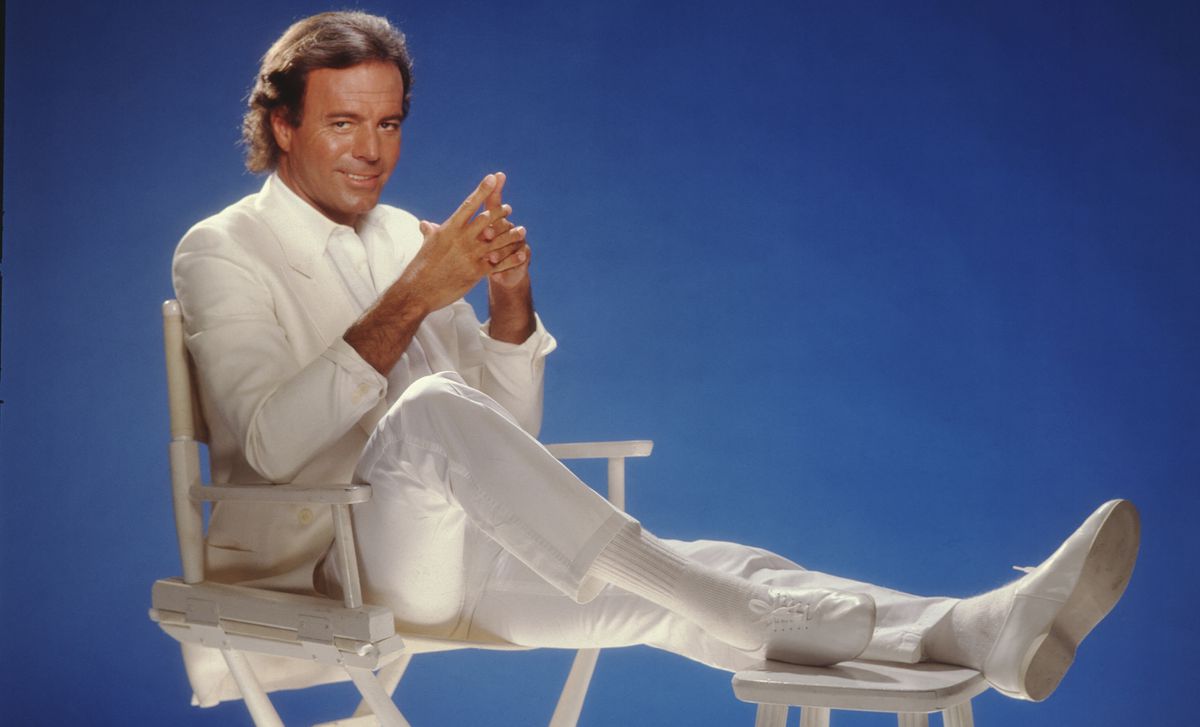 When the Spaniard Julio Iglesias conquered the United States | Culture

One day in August 1986, two men dressed in black arrive at the Pikes Hotel in Ibiza, in the Spanish Balearic Islands, where stars such as George Michael, Grace Jones and Freddie Mercury were staying. The men said they portrayed a “very famous” singer who wanted to be alone for a few weeks: iconic Spanish pop star Julio Iglesias. The singer needed eight rooms (the hotel had 20), and he wanted them for the next day: he would take the private plane to the island after a concert in New York. In Ibiza, he traveled in a caravan of five white cars, and rented a yacht, a sailboat and a speedboat. Iglesias swam in the morning, sunbathed on the high seas and was visited by Hey ! magazine. Every day he ate Galician seafood prepared by private chefs. He was surrounded by women who came and went to his bungalow through a private entrance. The Pikes Hotel was legendary. “If you had a drink at the bar, you were likely to find a line of cokes. Does this mean we are selling? Not at all. Maybe that little extra came with the drink,” said owner Tony Pike. Julio Iglesias seduced the local authorities. Even a Civil Guard officer – who was investigating the hotel for possible drug trafficking – showed up at Freddie Mercury’s 41st birthday party, a party that lasted several days and ended up with a bill including 350 bottles of Moët Chandon and 250 broken glasses.

Julio Iglesias went through all of this without it affecting him. This is according to a new book called Hey! Julio Iglesias and the conquest of America (or, Hey Julio Iglesias and the Conquest of America) by musician and writer Hans Laguna. Everyone quoted in the book agrees that the singer had no interest in cocaine and went to a superhuman effort to meet his media commitments – he always showed up, whether he slept or not the night before. Laguna’s 430-page book looks back on those decisive years, between 1983 and 1985, when Iglesias was at the height of his career and about to conquer the American market.

What emerges from this exhaustively researched book is a celebrity-obsessed person who was desperate to work anywhere in the world. Everything was happening at that time – albums, concerts and a relentless promotional campaign. It was the groundwork that would make him one of the most successful Spanish singers in the world, with over 100 million record sales to his credit. Iglesias himself admitted to being addicted to fame – “if the fish could cheer, I would sing at sea”, he once said. While his right-hand man, manager Alfredo Fraile said: “He suffers from an unhealthy addiction to success.”

“The origins of this obsession go back to his childhood,” Laguna tells Barcelona. According to the author, Iglesias’ parents were not happy together and he learned to read their reactions to please them. “In adolescence, this ability to interpret the requests of others, combined with the desire to stand out. First, as a goalkeeper, then – after a nearly life-threatening accident ended his Real Madrid career [soccer team] — as a singer,” Laguna explains. In the book, Spanish singer Ramón Arcusa tells a story that highlights Iglesias’ discomfort with anonymity. When he moved to Miami, shortly before buying his first private plane, “Julio stopped many women at the airport, smiling asking them if they knew who he was. Almost all Latin American women knew it, but almost none of the American women knew it.

“Julio always comes up with the same version of himself, which is also his best version,” says Laguna. It has three maestros: Frank Sinatra, Nat King Cole and Elvis Presley. “They have style. You recognize them at the first beat,” Iglesias said on one occasion. “When the style is there, the voice is secondary. The voice doesn’t have to be perfect. perfectly tuned has no emotion or meaning.The voice must be personal.

According to Laguna, Iglesias’ style stemmed from his ability – not only to stay out of trouble – but also to use “his vocal technique to make the difficult easier”. And that’s why knock like Ovided me to live (or, I forgot to live), Hey and From nina to mujer (or, Girl to Woman) cover at least one octave. “This range is far from what singers with huge vocal ranges like Axl Rose or Mariah Carey can cover. But if you start singing the songs, you will find that you have to shout to reach certain notes that Julio attacks without flinching and without falsetto”, writes Laguna.

In 2017, after years of media attention, Iglesias admitted to saying “a lot of nonsense”, explaining “they interview me every day and it’s impossible not to say [nonsense].” When the singer looks back on this era, when he conquered the American market, made advertisements for Coca-Cola and lived at 1100 Bel Air Place – the title of his first album in English -, he describes them as the most hectic. of his career, a time when he was “very mean” and was somewhere “between an asshole and a playboy”. In an interview with Spanish national broadcaster TVE, Iglesias even said he wanted his epitaph to read: “He stopped dreaming when he could buy his dreams.”

The Scrapbook 1100 Place Bel-Air was recorded over 16 months in nine studios. According to Laguna, nine musical arrangers, 12 sound engineers and 79 instrumentalists took part in the recording. “Modern music has a home in today’s world. And that country is the United States. Now you have to sing in English to get there, where I want to be,” Iglesias said on one occasion. “I belong to the country where I sing. If they ask me where I’m from in China, I’ll say I’m Chinese.

The book documents the Spanish artist’s rise to worldwide success. It features thoughts and ideas from musicians, managers, and other members of the singer’s entourage. As Iglesias himself once said, “Life has been very generous to me, and the light has hit me like a deer in headlights.”