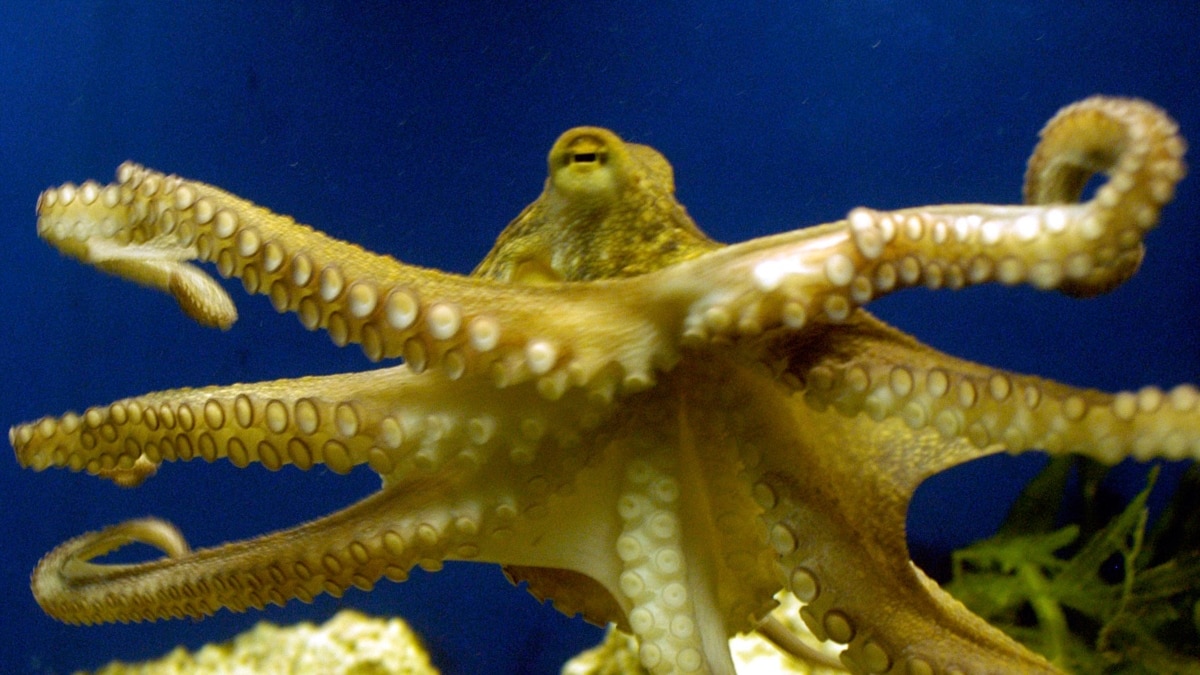 The ancestors of octopuses lived before the dinosaurs

Scientists say a fossil of the oldest known ancestor of the octopus suggests that the animal lived before the dinosaurs.

The researchers estimated that the fossil is around 330 million years old. It was discovered in what is now the US state of Montana.

The fossil was donated to the Royal Ontario Museum of Canada in 1988. But it was not considered a significant find for many years as scientists studied other fossils found at the same site.

But then some researchers discovered that the fossil showed the many members of an animal and began to study it further.

The team recently reported its conclusions in the publication Nature Communication.

“It’s very rare to find soft tissue fossils except in a few places,” Mike Vecchione told The Associated Press. He was a zoologist from the Smithsonian National Museum of Natural History who was not involved in the study. “It’s a very exciting finding. It pushes the ancestry back much further than previously known,” Vecchione said.

Christopher Whalen is a scientist at the American Museum of Natural History in New York. He was a co-author of the study. He told the AP the well-preserved fossil showed evidence that the ancient octopus had the ability to release a dark liquid to help it hide from predatorsjust like modern octopuses.

The creature, known as a vampyropod, was likely the ancestor of modern octopuses and vampire squids, the researchers said. These creatures look more like an octopus than a squid.

The team said so far, the “oldest known definitive“The vampire is thought to have lived around 240 million years ago.

Scientists named the fossil Syllipsimopodi bideni, after US President Joe Biden. They said they chose the name to show respect for Biden’s science and research policies.

I am Brian Lynn.

We want to hear from you. Write to us in the Comments section, and visit our facebook page.

member – nm the arm or leg of a person or animal

to preserve – v. keep something the same or prevent it from being damaged or destroyed

Best ‘Wordle’ starting word, according to a ‘former gifted kid’ on TikTok