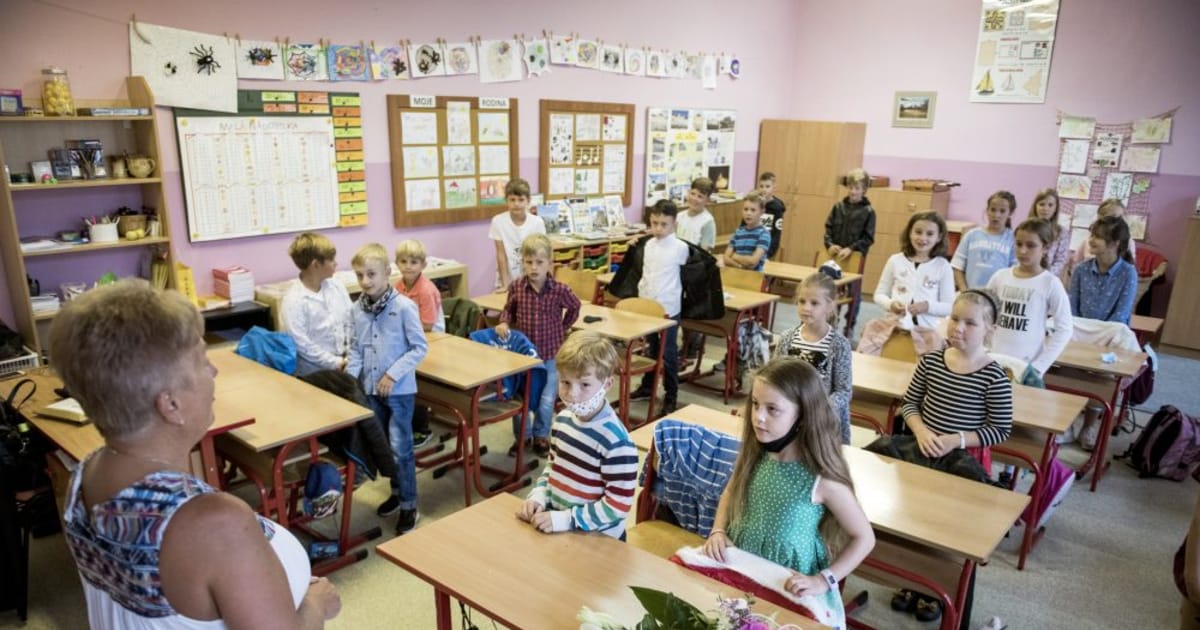 Czech schools open their doors to thousands of Ukrainian newcomers

A group of 15 Ukrainian children introduce themselves to their classmates, some with their mothers sitting beside them. They are of different ages and less than a fortnight ago they were in class in different parts of Ukraine. They are now taking what is called an “adaptation course” to help them settle in and overcome the language barrier.

In its instructions to schools, the Ministry of Education recommends that these children should not be thrown into the deep end and immediately join regular classes, but that schools form small groups or a single class of Ukrainian children who would be gradually introduced to the Czech language, alphabet and allowed to settle down gradually. Some are expected to join a regular class only at the start of the new school year. By then they will have learned enough Czech to get by, will have gained confidence in their new surroundings, and will have made friends.

“I was unable to participate in the defense effort, so I came here and now I can help these children and in doing so, serve my country as well.”

Dozens of Ukrainian students have volunteered to help and Prague City Hall says it has received offers from 35 Ukrainian women who studied pedagogy in Ukraine before coming to the Czech Republic where they are now employed in other fields. The fact that the Czech Republic has a 200,000 strong Ukrainian community now works in its favor when it comes to helping refugees settle. The community is active on social media creating platforms for helping newly arrived compatriots and actively helping the Czech authorities with problems.

A question of great concern to some mothers who have fled their homes in haste is whether their children will be admitted to school without any documentation regarding their education so far and without the visa process having been completed. Vít Šimral, Prague’s councilor for education, says it doesn’t matter since the right to education is enshrined in the Constitution as a fundamental human right.

“These children can enroll in any school in Prague without any documentation. This applies to all students from grades 1 to 9. Refugee status is granted with enrollment, so they can start school right away.”

There are currently 100,000 Ukrainian refugees in the country and many more are expected to arrive in the coming days. One of the great challenges facing the Czech Republic will be not to disappoint them in the education of their children. As well as helping them, it will also help the Czech education system, which has long struggled to help non-native children overcome language and cultural barriers.