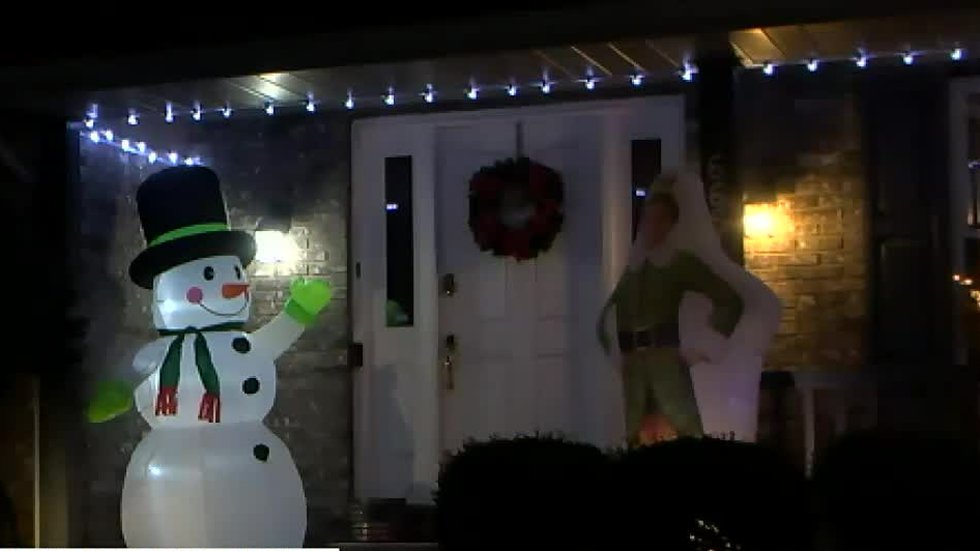 FAIRFIELD TOWNSHIP, Ohio (WXIX) – Two residents of the Weathered Oaks Subdivision are responding to letters they received calling on them to remove their Christmas lights and signs.

Both Amy Lillis and Julie Palagyi received the anonymously written letters which they described as “hate mail” from a “bully”.

The letter sent to Lillis reads in part: “Please turn off your Christmas lights. They have been operating 24/7 since Thanksgiving. Christmas was over two months ago, and you don’t live in Kentucky.

Lillis says her Christmas lights were down by the time the letter arrived.

Once she read it, Lillis changed her mind.

“The second thought I had was, ‘you know what, we’ll put them back together,'” Lillis said.

Palagyi lives with her autistic daughter in a house around the corner from Lillis.

She has signs in her yard urging people to drive safely around the neighborhood.

Palagyi says the signs in his yard were the main subject of the anonymous letter.

The letter says: “You [Palagyi], you must remove the “children” signs in your front yard. You fly down your street in your noisy truck. Such a hypocrite. You don’t even own it. Take down your sign or follow what it says.

In response to the letter, she adopted a tactic similar to that of her local neighbor.

“I put up other signs to make a statement, but at the same time I’m hurting for this person because they have to go through something,” Palagyi said.

Both letters arrived without a return address, so they don’t even know who sent them.

Lillis and Palagyi said that if the person who sent the letters had just spoken to them, they would have been happy to resolve the issues.

See a spelling or grammatical error in our story? Please include the title when you Click here to report it.