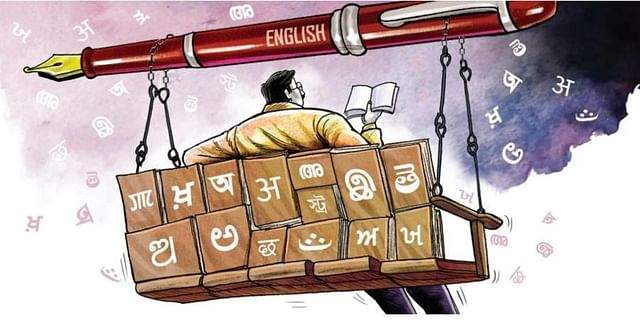 Chennaiites give their views on mother tongue

Telugu spoken in Andhra Pradesh and Telangana is enjoyed as Eastern Italian. The letters are derived from the Brahmi script.

This is why the majority of classical Carnatic plays were composed in Telugu, even by other South Indian poets and musicians. Those of Saint Tyagaraja and Sankirtana Acharya Annamayya are the best examples.

A language is usually created with spoken form, then literature, grammar, and finally structure. Tholkappiyam, the oldest long work of Tamil literature, is a comprehensive text on grammar and shows that Tamil is older than we think.

Although it has survived for so long, the ancient literature is still understood by a Tamil-speaking individual without being a scholar. Moreover, those who fled the genocide as refugees and immigrants from Tamil Eelam did not take much with them except their language.

When it is one of the only assets that we can pass on to the next generation who may never see the Tamil homeland, then it truly becomes a part of us.

By its very nature, Hindi is a single language. About 45% of Indians speak Hindi. The writing and pronunciation of the language, compared to other languages, is very clear and simple. The specialty of Hindi is that it is written exactly as it is spoken.

When reading, each letter of the word is pronounced phonetically; the letters are never silent. Each sound has its own letter. It is these qualities that make Hindi distinctive in a sea of ​​so many languages.

I think Malayalam is so linguistically unique in the kind of sounds and pronunciations it has, like pazham and all the high “l” sounds. To a non-native listener it sounds almost musical, but it’s lovely how the tiniest nuances can change the meaning of whole words.

As panni (Sharp n) is cotton, panni (like a ‘nya’ sound) is pig, pani is fever and pani (sharp n) is work. Malayalam gives me so many ideas for making videos and it’s also a great learning experience for me!

The best part about my native language, Kannada, is that there are so many dialects to learn, even in my own home. My maternal grandfather is from Bellary, Karnataka so he has his own vocabulary that many of us couldn’t understand.

My father’s side has a completely different style of vocabulary. Even with these differences, the situations do not end in chaos, because we have a common understanding. Sometimes our language is more like a melody or a raaga.

Born of a Telugu father and a Badaga mother who speak Tamil between them, I speak all three languages. Did you know that Angadi means ‘shop’ in all three? It’s fascinating. What I find unique about Badaga is that it is a spoken language that has no script. In my family, even though we speak to each other in Badaga, we text each other or write in Tamil. Thus, for generations, the language has only been preserved through oral traditions, songs and dance forms in our families.

Beyond the letters, words and meaning of a language, the principles and politics conveyed by Tamil have always set an example for other languages, be it Latin, Chinese, Greek or Sanskrit.

If you take the ancient literature of these languages, it put their kings, zamindars and nobles in the foreground and told their stories. But it was Tamil that propelled the common man to the forefront of his literature. Tamil literature also brings women to the fore.

I am from Kodagu, Karnataka and we speak an endangered language Kodava Thakk (Kodava Paje). Being a small community with a scattered population of less than 3 lakh people, it took conscientious efforts from our people to keep the language alive.

I write and tell Kodava children’s stories on my YouTube channel, “Smitha’s Kaleidoscope” and my mother is the author of 11 books. We also have newspapers like Brahmagiri and Poomale.

The Malayalam alphabet is vast and contains many more sounds. Some are even unique to him. Those who speak Malayalam well find it easy to understand, adapt to and pronounce even difficult words in new languages.

It is also one of the youngest languages; yet there is a rich literature and great works of translation. We tend to localize English words and integrate them into Malayalam. Historically, Malayalam originated from Tamil and Sanskrit. So this tendency to adapt has always been there.

Learn the joy of the Germans | Linguistic