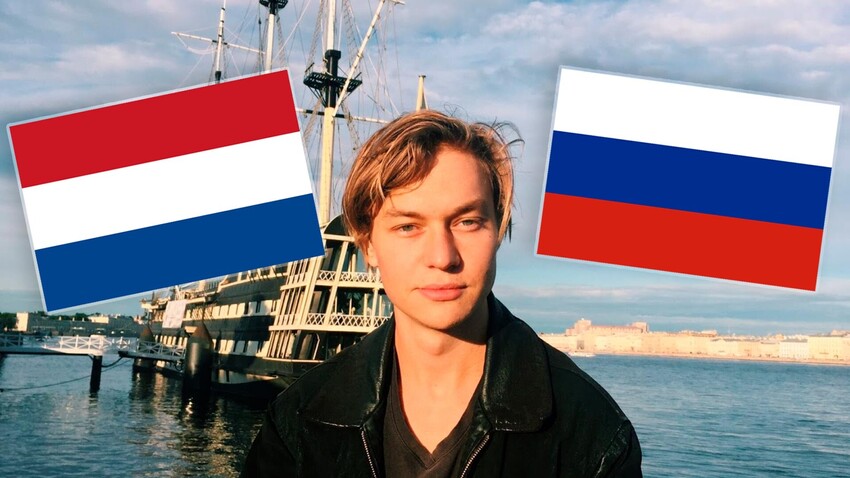 Is it difficult for a Dutchman to learn Russian?

Arie Helderman is a Dutchman who learned Russian because he met a Russian girl while studying at university. Here he explains how he learned Russian and the difficulties he faced.

It was in 2016 and I had been learning Russian for a few months. With my girlfriend, we were sitting in a cafe in Crimea having lunch. While I was eating, a middle-aged man approached me and said:

He said with a smile and a wink: – because soon all of Europe will speak Russian!

So why would a Dutchman start learning Russian?

I did not expect to speak Russian. But everything changed after meeting a Russian girl in college. We started dating, and after a few months she asked me if I wanted to travel to Russia for two weeks in the summer to see her parents.

We traveled to Moscow, St. Petersburg, Tver and Crimea. And here are some of my first impressions: 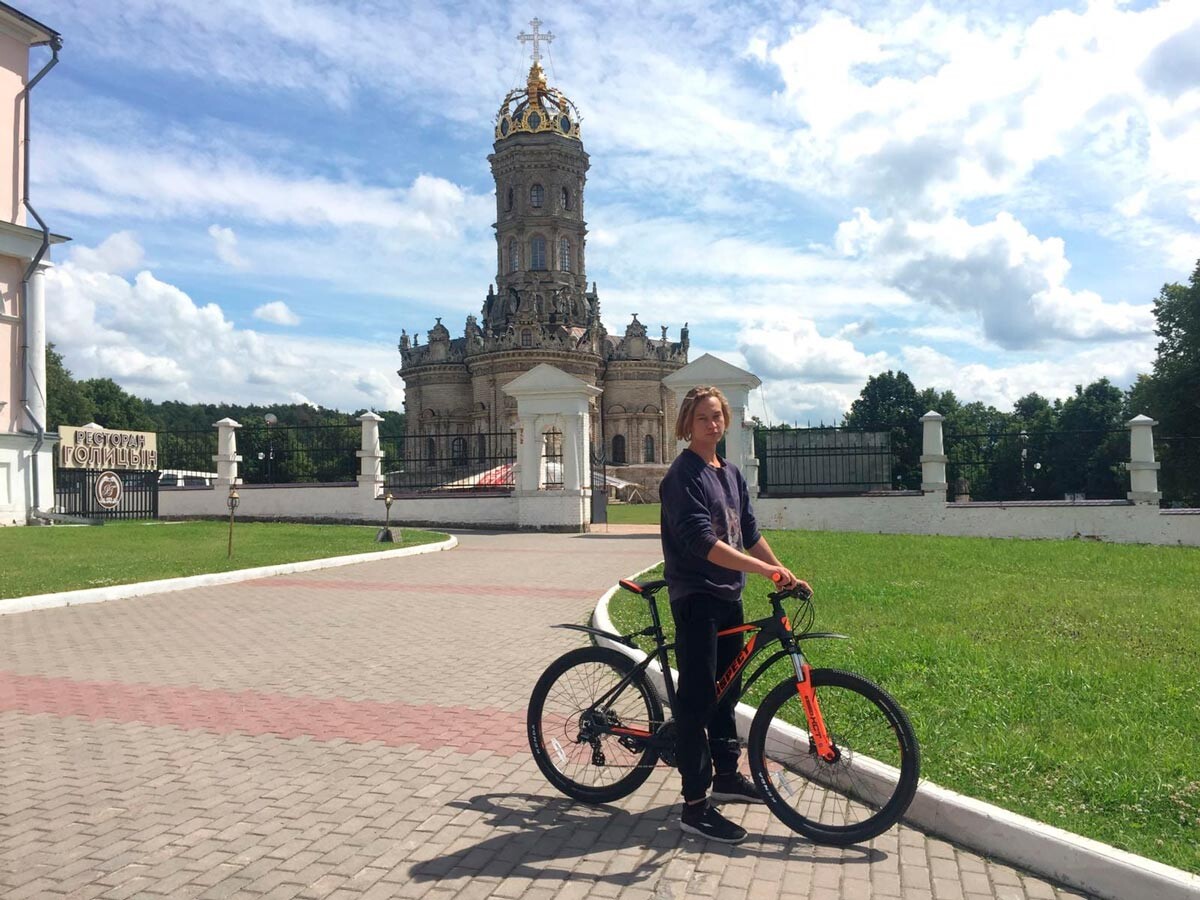 A bike tour in the Moscow region

Needless to say, my first time in Russia was not my last. My girlfriend and I are still together. We live in the Netherlands. But, we still travel about twice a year to Russia. During this time, I did not stop learning Russian. So now I think I know a thing or two about language.

Is Russian easy to learn?

Many people who want to learn Russian complain about the difficulty of the language. Now it’s understandable, because you have six difficult cases, movement verbs and a new alphabet (Cyrillic). 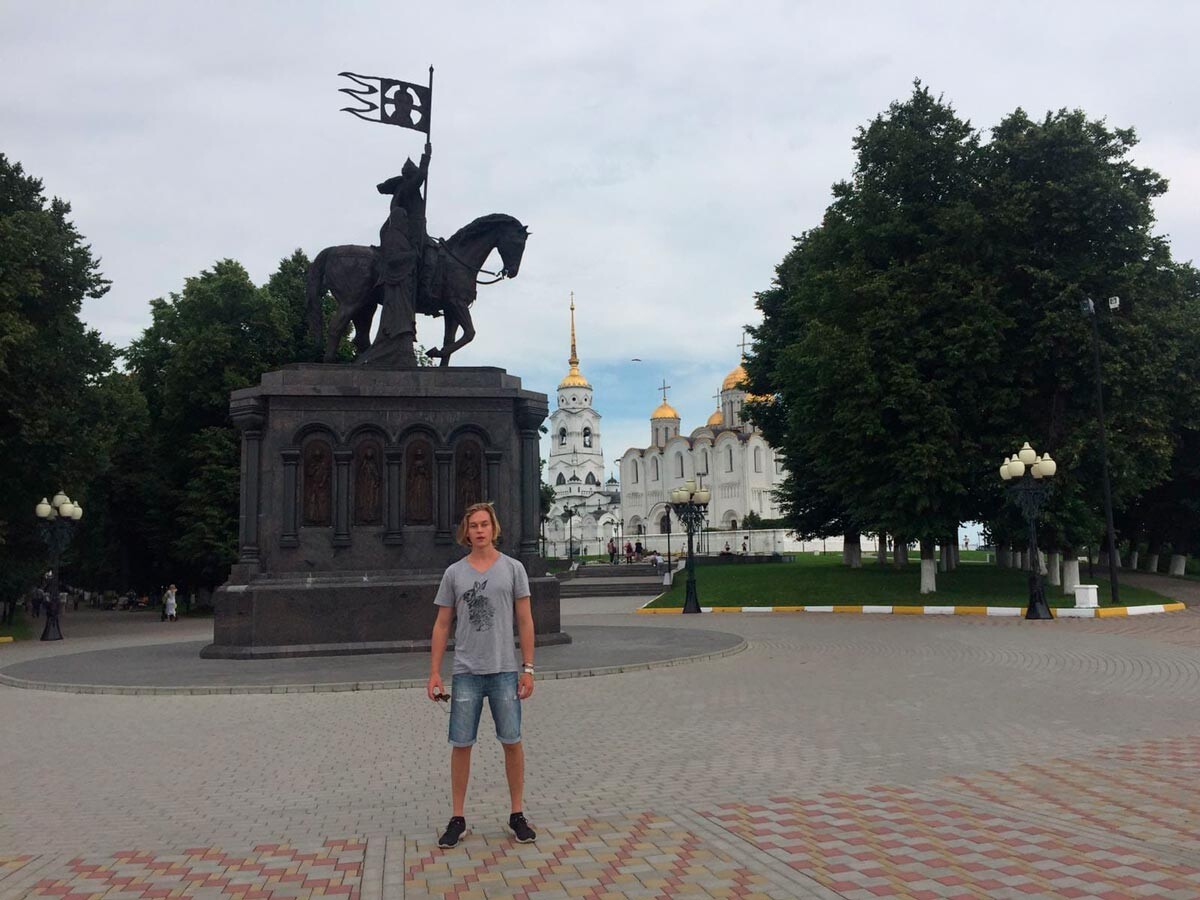 Arie in the city of Vladimir

But, in my experience, Russian is not that difficult to learn. Because many aspects of Russian make it easier to learn the language. For example:

Lack of items: If you’ve ever tried to learn a language like French or German, you know how insidiously difficult it can be to remember all the little items. There are no obvious rules whether it’s ‘le’ or ‘la’ in French, and you have to remember an extra unnecessary word for every noun you learn.

But what about Russian? Russian has no articles. And that means you can’t make a mistake here. It helps foreigners a lot when they want to sound like a native speaker.

Flexible word order: Russian uses cases to show the function of each noun in a sentence. This means that you don’t need a strict word order (as in most Germanic or Latin languages) to make a coherent sentence. 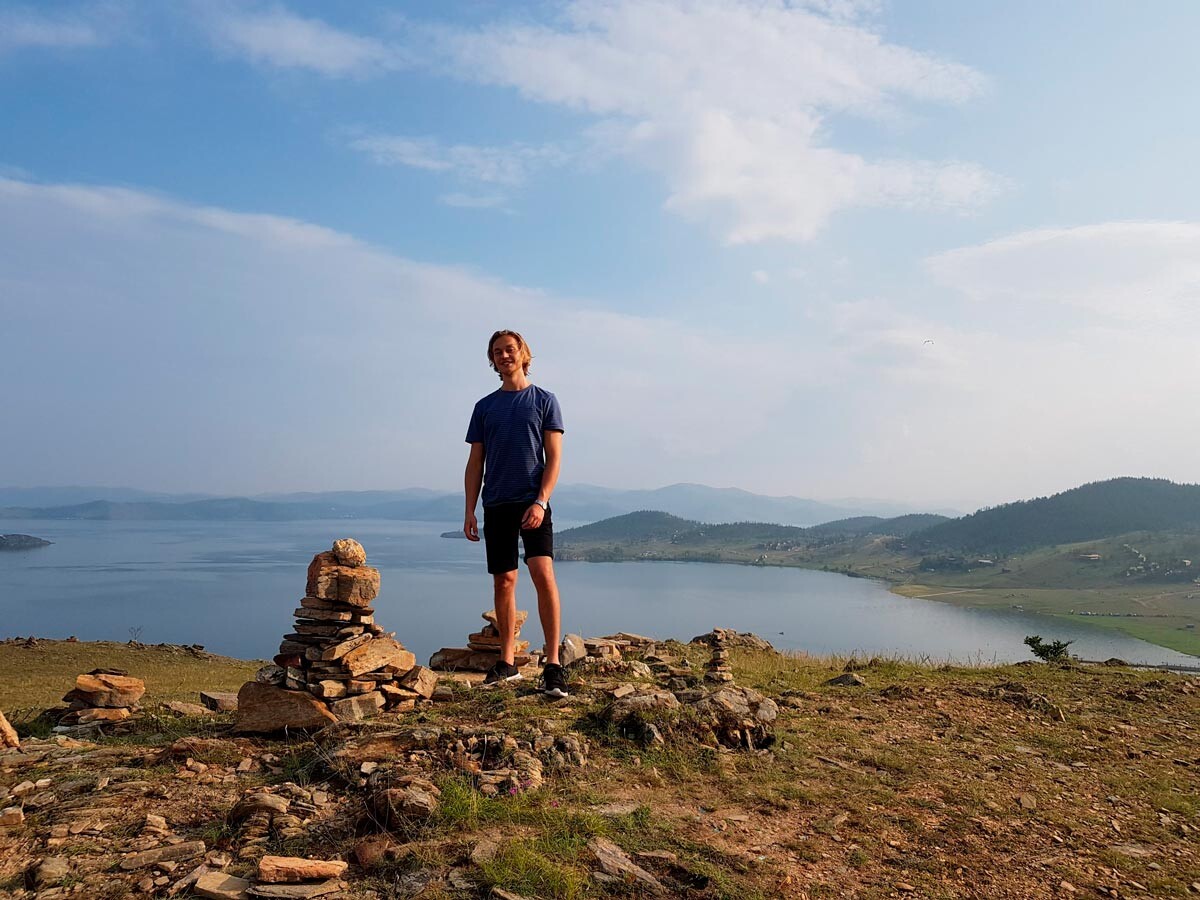 This is very good for Russian students, as it frees up a lot of gray matter. You can start speaking a sentence with the first word that comes to mind. And while you say the first word, think about the second word. When you learn other languages, you must form a complete sentence before you open your mouth. It makes your speech much smoother and more dynamic when trying to speak Russian.

You MUST speak Russian in Russia: Since the level of English is not so high in Russia, you are basically required to learn Russian if you plan to spend a lot of time in Russia. It may sound harsh, but it’s a disguised advantage.

In the Netherlands, where I come from, English is spoken well. This means that foreigners living there do not need to learn Dutch. So, unfortunately, many end up not speaking Dutch, even after living in the country for years.

With Russian, it’s the opposite. It is impossible not to speak Russian if you spend years (or a few months) in Russia. 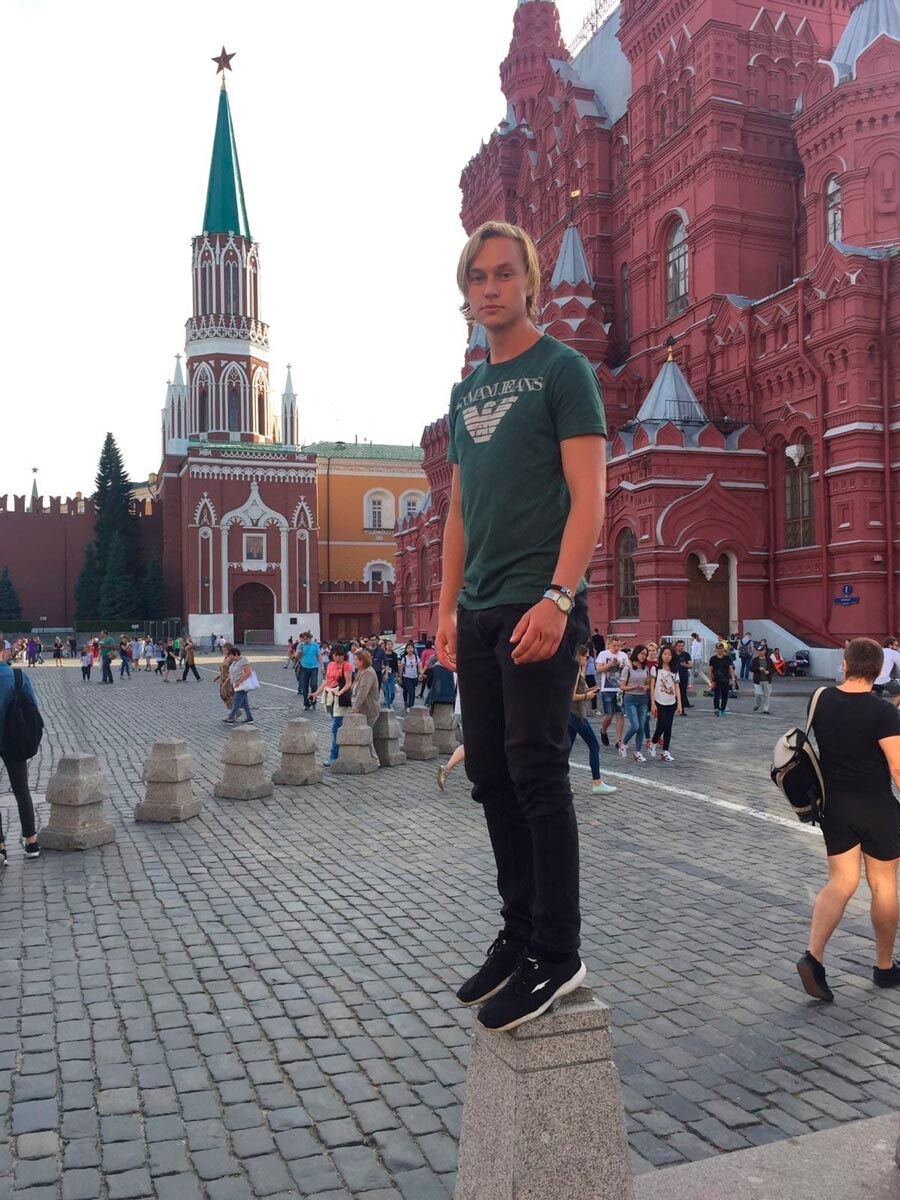 If you are thinking of learning Russian, I recommend you give it a try. As I mentioned above, it’s not as hard as it looks. And there are a lot of benefits you get from learning Russian:

Tips for those who want to learn Russian 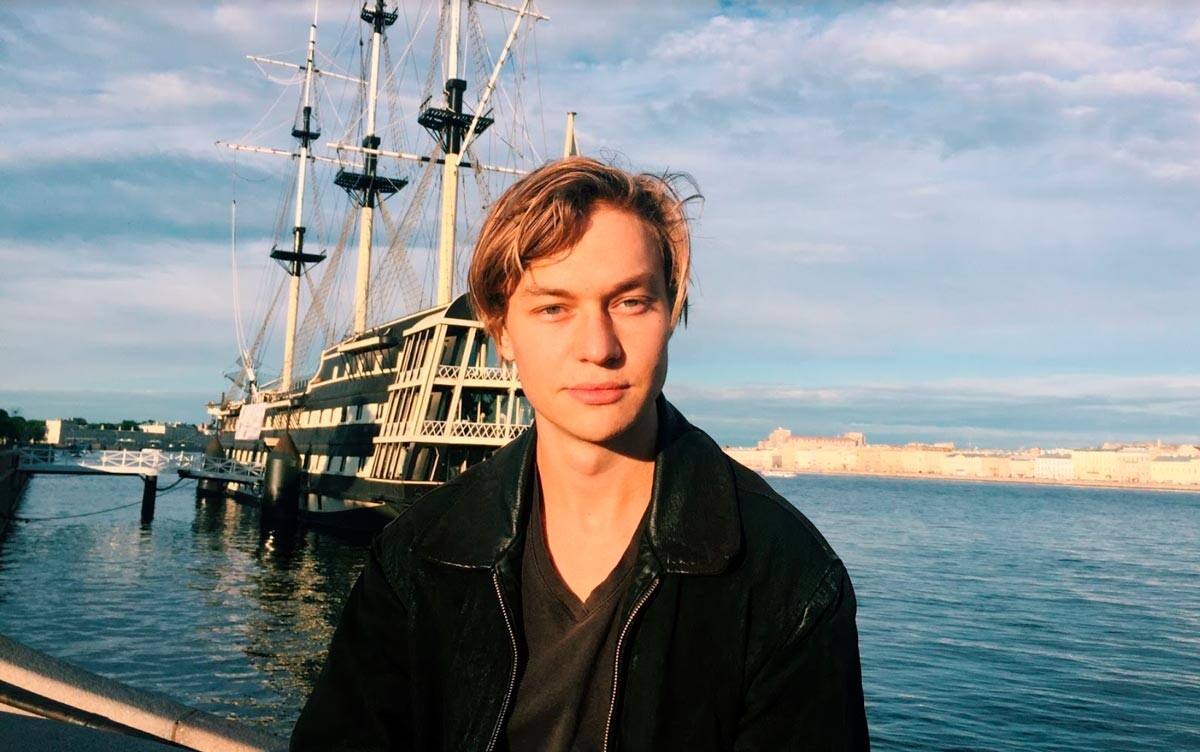 Although Russian is not as difficult as many believe, it is not easy. Although you can have basic conversations after several weeks or months of learning, mastering Russian is something that will take years.

Here is my advice if you are aiming for fluency in Russian: 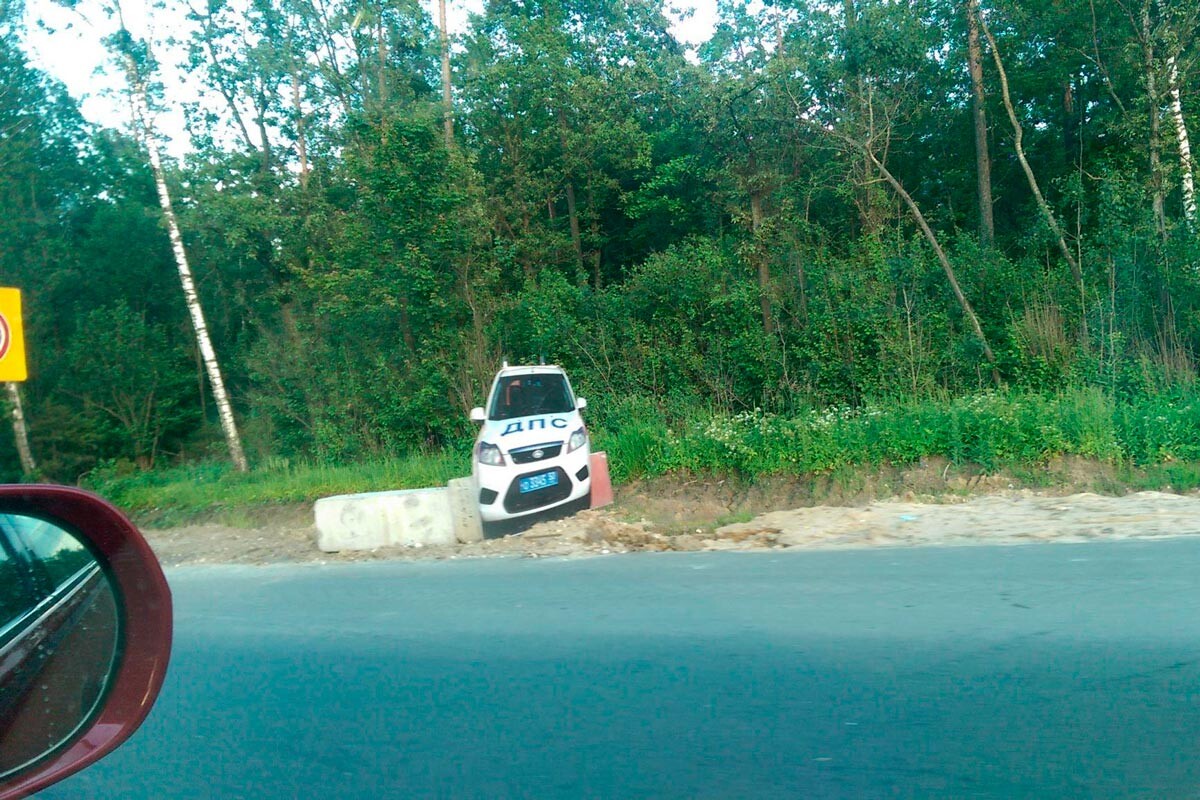 During my stay in Russia, I received many compliments on the fact that my Russian did not sound bad for a foreigner. So when I got home, I decided to start a website where I help other foreigners learn Russian. Later, as part of this project, I uploaded a video where I was speaking Russian on YouTube to practice my own Russian.

But, after a few months, the YouTube algorithm started showing these practice videos to Russians. And suddenly, thousands of Russians were looking at them. Now, many years later, I have over 100,000 subscribers watching me speak Russian, which I never expected.

Here is the most watched video, in which I talk about 11 things that surprised me as a foreigner in Russia, enjoy:

If you use content from Russia Beyond, in part or in whole, always provide an active hyperlink to the original content.

A classic English hotel with a contemporary twist