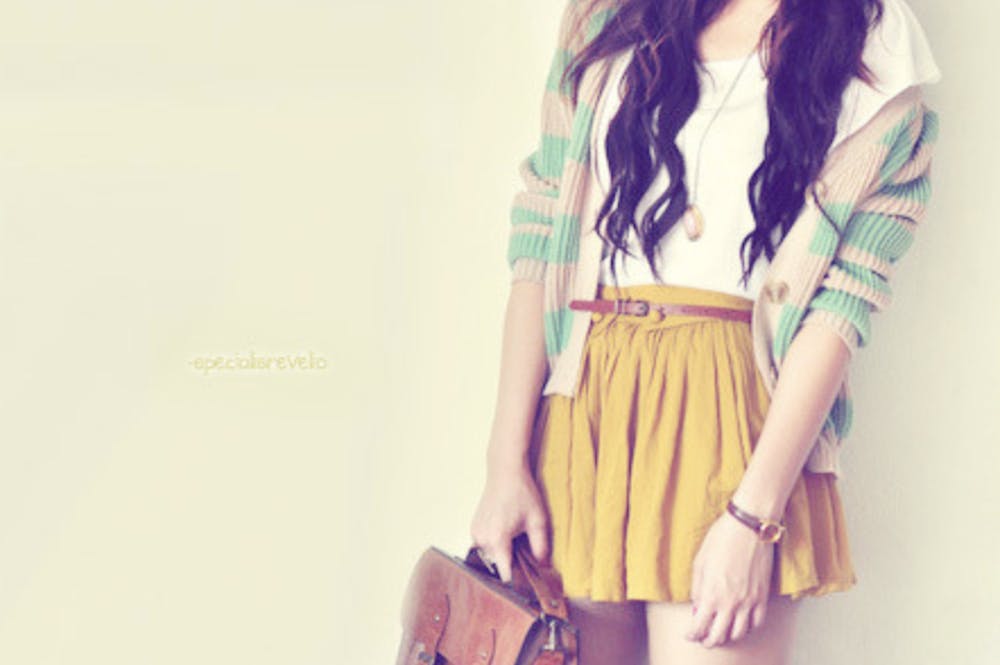 The return of 2010s fashion: lessons from the decade

Fashion is heading towards something no one wanted: the return of 2010s fashion. 20 year rule dictates that it takes 20 years for a trend to become fashionable again. Yet, thanks to TikTok and Instagram microtrendsfashion is changing at a much faster pace.

In terms of fashion production, microtrends are far more threatening to the environment. Styles become fashionable and within a few months they are outdated. With abusive labor practices, massive carbon emissions and more, this is a cycle we cannot afford to continue. And, with the recent boom in Y2K modeit looks like the next natural step will be the 2010s.

Beyond questions of sustainability, new trend cycles are dangerously pushing fashion back to 2010. For starters, let’s go back to the 2010s.

Some of these trends stemmed from the historical moment. Like Princess Diana, Kate Middleton and Meghan Markle’s additions to the royal family have definitely had an effect fashion impact. Middleton’s style of high-waisted pants, conservative dresses and heels has attracted many followers. Likewise, Markle’s choice of smaller designers and brands like Aritzia and Reformation has increased their relevance to many consumers. Both, like WWD writing, seem to have “the magic touch when it comes to influencing consumer purchases”. The outfits they wore to the royal engagement sell minutes after posting the photos.

Additionally, we have seen the increased role of Gen Z internet culture in the fashion world, inspiring the rise of trends like the VSCO Girl and the E-Boy. This late 2010s boost came thanks to the emergence of TikTok and continues to have a powerful influence on the consumer market.

Even with these modern takes, we shouldn’t bring everything back from the 2010s, especially its growing cultural appropriation within the fashion industry. Some examples include the 2010 Victoria’s Secret fashion show titled “wild things», the 2012 trial against Urban Outfitters for using “Navajo” when marketing “tribal” prints and Valentino’s spring/summer 2016 fashion show. As London-based international fashion director Zadrian Smith writing on representation and appropriation, “If the people at these tables come from only one culture, they don’t see how the appropriation of another culture could be considered problematic.

That’s not to say cultural appropriation was new in the 2010s. Its roots to expand from the 17th century. English and French aristocracies wore three-piece suits clearly inspired by the traditional clothing of Islamic countries. But, certainly, in the 2010s, such appropriation has become a place of normality within the fashion industry. It is only recently, with greater hindsight, that the fashion industry seems to be taking some responsibility for its role in diluting and exploiting global cultures.

One of the many brands that could stick around in the 2010s is Victoria’s Secret. Following Jeffrey Epstein’s investigations, news has emerged of L Brand CEO Lex Warner’s involvement as a client of Epstein. And although Victoria’s Secret has tried to be more inclusive, including hiring trans model Valentina Sampaio, sales have fallen from $8 billion to $7.4 billion in 2019.

Unfortunately, all these abuses do not seem to escape. Dov Charney, who founded the famous American Apparel brand, was accused of sexual harassment and fired in 2014. Regardless of the charges, Charney went on to create the now famous brand, Los Angeles Apparel, generating $32.20 million in Sales. So while we seem to be making progress in certain areas of fashion, ever-growing pockets of exploitation and abuse continue.

Like WWD writing, “Fashion is a top-down system.” When luxury brands market pieces that exploit and abuse traditions and cultural values, it translates to the commercial market. And, when abusers run companies, it translates to labor practices, the market, and the overall ethical impact of the company. Can we learn the lessons of the 2010s? I hope so.