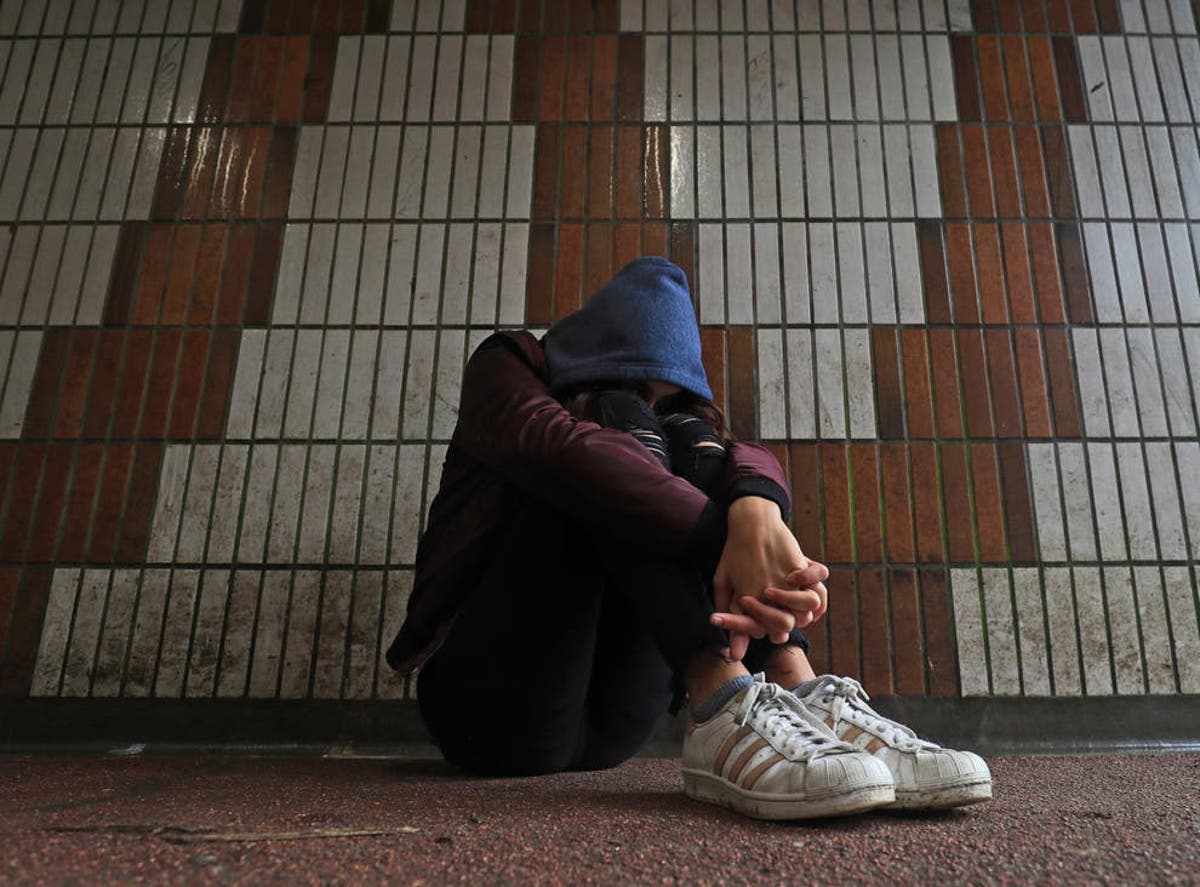 Dozens of teenage girls have been trafficked and exploited to commit fraud by an organized crime group in what is believed to be the first such case of modern slavery in UK law.

Four members of a criminal enterprise based in Cambridge, London and Essex have been convicted of modern slavery and fraud offenses after at least 30 vulnerable girls aged 14 to 17 were recruited and used to commit crimes. thefts and frauds for the gang over a period of more than two years.

Most of the victims were recruited through social media while in foster care or semi-independent residences, and many suffered from abandonment issues or had learning disabilities such as ADHD. It is believed that the gang targeted girls with existing vulnerabilities.

The girls would be taken to established retailers across the UK and asked to claim reimbursement for high-value items using fake receipts and barcodes produced by Isaiah Olugosi, who orchestrated the operation. They were also sometimes told to shoplift high-value merchandise.

On May 20, 2021, Olugosi, of Ely in Cambridgeshire, pleaded guilty to conspiracy to arrange or facilitate the travel of children for the purpose of exploitation, two counts of conspiracy to defraud, money laundering and possession of items for use in fraud at Snaresbrook Crown Look.

It is believed to be the first time the Modern Slavery Act has been applied to a fraudulent business in UK law.

The UK’s independent anti-slavery commissioner, Dame Sara Thornton, said she welcomed the use of modern slavery legislation to tackle this “substantial and serious exploitation of vulnerable people”.

“It is really encouraging to see police and prosecutors using the trafficking legislation rather than opting for lower level offenses which might be easier to prove,” she added.

Olugosi’s victims were often missing for several days, committing fraud during the day – driven by the gang on pre-planned “routes” to target each retailer’s branches – and being lodged in hotels each night, where gang members would have sex. exploit at least two of them.

A typical day would include theft and fraud at over ten stores, making thousands of pounds per route for the gang. Funds won were laundered through at least 100 UK bank accounts, often on behalf of girls or adults with mental health issues and other vulnerabilities.

If they were stopped by security, they had to face the consequences, and in some cases that meant they were abandoned several miles from home.

Marie Olo, of the Crown Prosecution Service, who filed the complaint, said the girls had been “selected because they were vulnerable with difficult backgrounds or mental health issues”, and that when they were arrested, Olugosi was “fully willing to step back and leave them at risk of being arrested and possibly prosecuted”.

In a court statement, one of the victims, who suffers from ADHD and a personality disorder, said: “My bank accounts have since been closed due to the amount of refunds they made to my account. I can no longer receive my disability benefits and now they have to be paid into my mother’s bank account.This whole situation has played in my mind, it has affected me mentally.

Another victim said: “I look back on all this time and feel like I was stupid and vulnerable and took advantage of…I’m shocked they’ve been getting away with it for so long. years. It’s as if they were the mafia.

Sergeant Jones, from the Metropolitan Police’s Predatory Offenders Unit, who worked on the case, said text messages showed the defendants talking about the girls “like they were cattle”.

“The way they talked about girls was like a commodity. It was, ‘we haven’t fed them yet’. ‘What are you going to feed this one?’ and ‘This one is mine, this one is mine. No, no, you have your own daughters, I have my daughters in this way’”, he said The Independent.

A girl claimed that she started a sexual relationship with Olugosi when she was 17 and that he hid the fact that he was married from her. She overdosed the day she decided to quit working for him, she told the court during her testimony.

To evade the authorities, mobile phones and vehicles have been registered at the addresses of adults with mental disorders or severe learning disabilities.

Since at least January 2018, Olugosi began making money by targeting two retailers, Tesco and Boots, using fraudulent receipts and printed barcodes produced at his home. Banking data shows that the proceeds of crime entered the accounts as early as 2013.

The operation was too large for any one person to control alone and Olugosi soon began building a network of trusted associates including “team leaders” and drivers willing to participate in this criminal enterprise at across the country.

Two of her team leaders, Eva Dambrauskaite and Baran Karamagara, were tasked with recruiting and managing vulnerable young girls. They would approach them on the street or through Snapchat or other social media.

Once a girl had made an itinerary she would be paid £100 and told she would get an extra £50 if she brought a friend next time. “They were creeping into different peer groups and just working through them,” Sgt Jones said.

She pleaded guilty to money laundering at Snaresbrook Crown Court on May 20, 2021.

Karamagara, of Tottenham in London, pleaded guilty to conspiracy to arrange or facilitate the travel of children for the purpose of exploitation and two counts of conspiracy to defraud at Snaresbrook Crown Court on December 17, 2021 .

Dambrauskaite, of Buckhurst Hill in Essex, was convicted on Thursday after a three-week trial at Snaresbrook Crown Court of two counts of fraud, modern slavery, possession of articles intended for fraud and money laundering.

They will be sentenced between April 18 and 22 at Snaresbrook Crown Court.

Officers from the Met’s Predatory Offenders Unit were first alerted to the actions of this organized crime group after receiving intelligence from partners within children’s services and when offenses came to light by the retailers who had been targeted.

From March 2020, officers from the Predatory Offenders Unit executed a number of search warrants in London, Essex and Cambridge, where they seized evidence including printers, computer equipment, fake receipts, barcodes, money and devices used to communicate with the girls.

Sgt Jones said: “This is a serious case involving the criminal exploitation of large numbers of young girls over many years. Olugosi and others were too cowardly to carry out their own crimes and actively recruited girls with obvious vulnerabilities. They infiltrated peer groups of vulnerable people, using them to commit fraud and using their accounts to launder money.

“This was a protracted investigation which involved countless enquiries, witness statements and searches of premises to obtain evidence of offenses as widespread as Glasgow and Devon. Throughout the proceedings all suspects in this case did everything they could to conceal evidence, minimize their own involvement and delay justice.

“I am grateful to the staff at both retailers for highlighting this case as a safeguarding concern from the outset, expressing concerns about the ages of the girls involved.”

Ms Olo added: “The criminal exploitation of others is a serious criminal offense and, where possible, the CPS will work with the police to help victims escape the clutches of modern slavery, while by prosecuting the people who pulled the strings”.

The Best Wordle Tips and Tricks