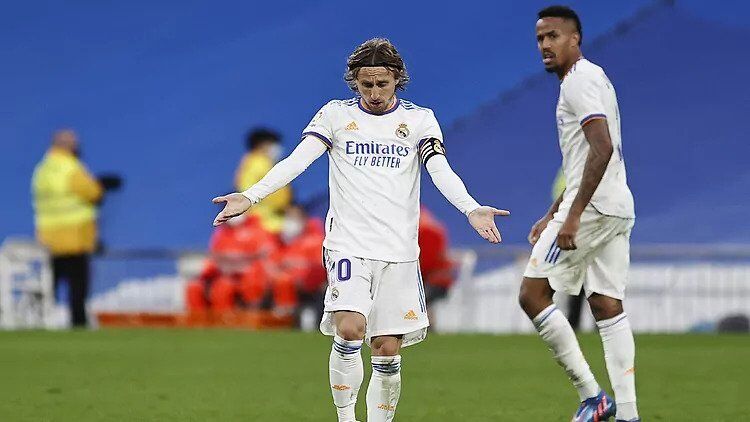 Aathletic club host real Madrid in what promises to be captivating King’s Cup quarter-final at San Mames Stadium on Thursday, just two weeks after Los Blancos beat Los Leones in the Spanish Super Cup in Saudi Arabia. The Basques qualified for the last eight of the competition after a famous 3-2 win over Barcelona in injury time, while Los Merengues also had to do it the hard way against Elche in overtime. Stay with us for all the preparation of Athletic Club v Real Madrid then updates to the match itself.

This is the start of our Athletic Club vs Real Madrid live blog, with updates of this LaLiga Santander game from here. As always, the entries closest to the top are the most recent.

It’s finish! Athletic, after knocking out Barcelona in the previous round, eliminated Real Madrid from the Copa del Rey. Berenguer’s late strike proved decisive and largely deserved as the Basques dominated throughout the game.

Athletic finds the breakthrough at 89 minutes! Madrid fail to clear the ball three times and end up being punished. Berenguer receives the ball at the entrance to the surface, turns inside and strikes powerfully into the top corner.

Casemiro bursts into the Athletic defence, coming face to face with the keeper, but it’s not powerful enough and Real Madrid’s best chance of the night is wasted.

After such a torrid encounter, it looks like Athletic have eased off slightly, while Madrid regain possession.

In a surprising move from Carlo Ancelotti, Isco comes in to replace Vinicius. The Brazilian was discreet, it must be said.

Raul Garcia climbs the highest to meet a cross in the box but his header goes just wide. In fact, it is deflected from Nacho and it will be a corner.

Minute 46: We are back on the road

The second half started in San Mames.

Both teams enter the break all square. Athletic dominated the first 45 minutes and created some fine chances but the visitors are holding on and we imagine another Real Madrid will emerge for the second half.

A corner from the left for Athletic finds Inigo Martinez in space but the defender seems to mistime his jump and header wide.

Muniain makes some space for a shot from the corner of the penalty area, but he leans back slightly and the ball goes over the bar.

Minute 24: Kroos picks up a card

Kroos receives a yellow card for an awkward move on Yeray.

Munian cuts inside Lucas Vazquez on the left flank and ventures into the box before going for goal. Still, the striker sends the ball into the side netting. A cross shot would have been the best option, but it was a nice solo attempt.

While Madrid seemed to be off to a good start, Athletic took

Minute 9: Courtois makes a superb save

Dani Garcia fires a shot from the edge of the box and heads for the top corner… but Courtois makes a nice save.

We are on our way to San Mames!

It’s a familiar formation for Athletic Club, with veterans Raul Garcia and Muniain from the start.

There aren’t many more passionate supporters in Spanish football than that of Athletic Club. San Mames looks in pristine condition, and the modern stadium will no doubt be rocking in just over two hours.

Why are the countries not listed in alphabetical (Latin) order at the opening ceremony of the Winter Games?