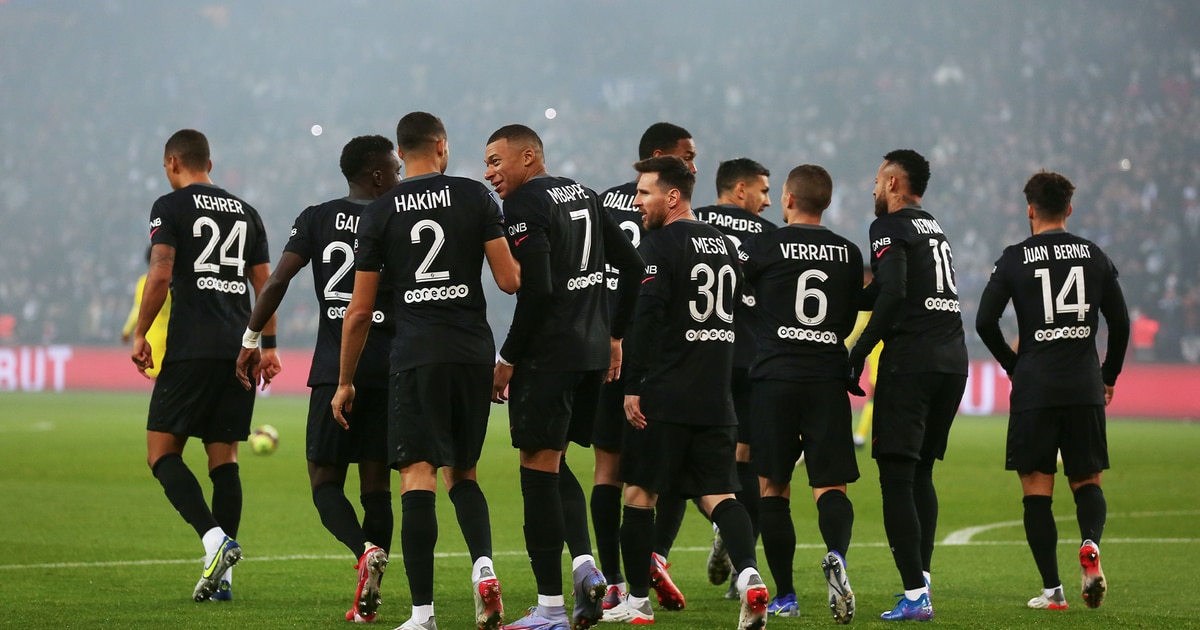 Why luxury brands want to participate in football

Moncler and Dior are among the brands that signed agreements last year to design ceremonial wear or playing equipment for major European football clubs. Italian football club Napoli’s ongoing partnership with Giorgio Armani – which included a range of on-pitch apparel and special-edition pieces – in September began selling what has become football’s most expensive shirt, at the price of €125 ($141). The merger generated positive press; the british tabloid The sun noted that opposition players would be lucky to get your hands on Napoli match clothes after a game.

The spate of deals between luxury brands and football clubs represents the culmination of a decades-long shift in attitude on both sides. Until the 1990s, many brands feared any association with football, then known as much for its rowdy fans as it was for the action on the pitch. Dr. Martens were once the shoes of choice for English football hooligans, so much so that in the 1970s police required fans to remove their laces – or even the shoes themselves – at stadiums. Italian label Stone Island was known as the unofficial uniform for the violent hardcore fans known as ultras in European football.

Since then, the commercialization of the football industry and the evolution of teams and footballers themselves into global brands have forced the sport to clean house. Europe’s big clubs are now global entities, owned by billionaires or (in the case of Manchester City and PSG) by Middle Eastern sovereign wealth funds.

The importance of menswear to brands means that football’s predominantly male audience is a ready audience for marketing efforts. July’s European Championships were seen by five billion people across 229 territories, according to UEFA, the tournament’s governing body.

Meanwhile, streetwear has become a key driver of luxury sales; Stone Island, now owned by Moncler, is a favorite of Drake, Spike Lee and British rappers Skepta and Dave, and the brand’s gritty past plays into its authenticity in the eyes of customers.

Football is particularly useful for global luxury brands that aspire to fully integrate into the lifestyle of their customers. The global reach of Europe’s top clubs – many have large fanbases and business operations in China – is another advantage. Moncler’s recent formal wear partnership with Chinese-owned Italian club Inter Milan was designed to “connect with new communities in a meaningful and authentic way,” the brand’s chief executive, Remo Ruffini, said per E-mail.

“It wasn’t so much that fashion brands were trying and wrong, it’s just that it wasn’t really happening at all. Nobody was looking to infiltrate the world of football through the lens of fashion,” he said. said Hamish Stephenson, co-founder of GAFFER and False 9, the London-based digital platform and marketing agency dedicated to “bridging the gap” between fashion and football. Luxury brands are realizing the “true business potential of football, in terms of exploring and amplifying the cultural currency of the game,” he said.

“Social media has given us [athletes] the ability to get out of the football bubble,” said Bellerín, who walked the runway for Louis Vuitton at Paris Men’s Fashion Week in 2019 and now runs (alongside business partner Ehsen Shah) B-Engaged, a agency that brokers partnerships between brands and its roster of top footballers.

An added benefit for brands is that modern footballers are increasingly comfortable publicly embracing social causes such as anti-racism, youth education and equal pay for women in sport. There have been notable campaigns led by players like Manchester United footballer Marcus Rashford, Rapinoe and Héctor Bellerín, the Spanish footballer turned model, designer and environmentalist.

Brands now have the confidence to forge partnerships in football, knowing that the players wearing their apparel have distinct personalities, opinions and cultural significance that go far beyond the sport itself.

This has cultivated a more modern and socially conscious image of the sport, reflecting the fashion industry’s efforts in recent years to address shortcomings related to inclusivity and sustainability.

“Brands now have the confidence to forge partnerships in football, knowing that the players wearing their apparel have distinct personalities, opinions and cultural significance that go far beyond the sport itself,” Bellerín said. .

The rise of footballers as creators of cultural tastes has also created opportunities for new businesses, as well as luxury brands. A host of creative agencies such as False 9, Super Vision Office and B-Engaged have positioned themselves at the center of the convergence of fashion and football, giving brands such as Valentino, Burberry and Calvin Klein coveted access to commercial activations with teams and players.

“The modern footballer, and the game as a whole, is now so diverse, so relevant and so authentic with so many [commercial] avenues to explore,” said Jordan Wise, co-founder of GAFFER and False 9.

For Bellerín, fashion and football have come a long way since “the days when there was only one player brands could do anything with: David Beckham”.