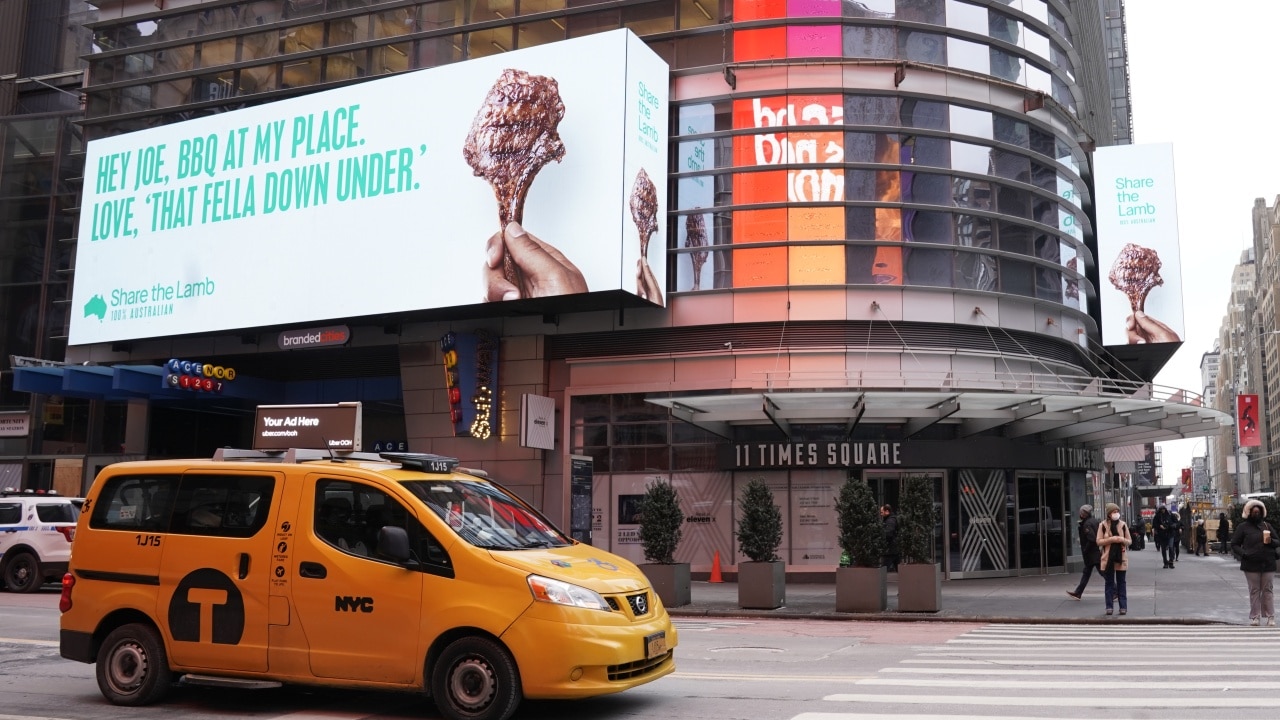 ‘Letters to Leaders’ billboards popped up in London, New York, Paris, Auckland and Perth this month to promote Australian lamb – but the fun adverts had a lot more to say and were sure to speak languages.

The billboard hung at Waterloo Station, London, targeted England’s searing defeat to Australia in the 2021-22 Ashes series, reading: ‘Hi England, cook some lamb on ashes if you wish?”

“Hey Joe, barbecue at my house. Love you, that ‘dude from downstairs,’ read the billboard.

As publicity in Paris tried to soothe sour relations between Mr Morrison and French President Emmanuel Macron over the nuclear submarine saga.

“Hello Manny, let’s forget the past. BBQ at my house? Kisses, Scotty, ”we read, translated into English.

“Hey Jacinda, BBQ at our house. No need to bring lamb,” the advert in Auckland said, while the billboard in Perth read: “Hey Mark, come visit Australia someday. We’ll light up the barbie”.

The billboards will remain on display until Sunday, January 30.

“Now that international borders (and almost all of our state borders) are starting to open up, we wanted to spread our message of Aussie Lamb unity a little wider this summer,” said Graeme Yardy, Domestic Market Director at MLA.

“We hope our letters to leaders will make people laugh, but also serve as a reminder that Australia is home to the most delicious lamb.”

Letter to the Editor: Justification Sought for O’Dell’s Firing | Letters