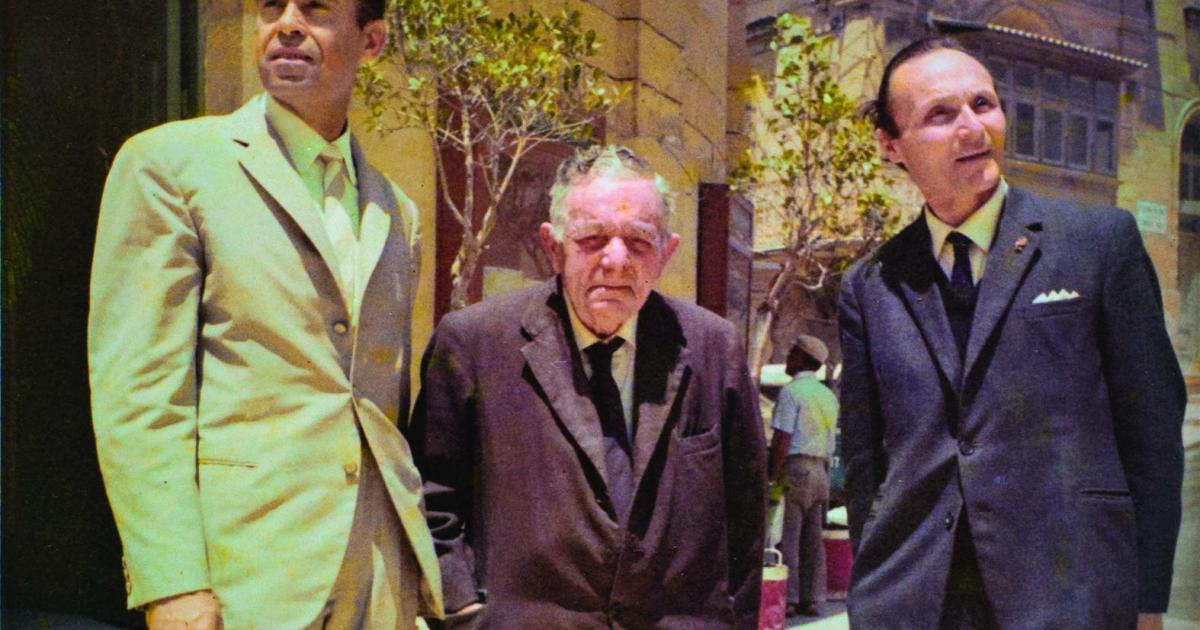 A humble giant of the Maltese language – Aaron Attard-Hili

Antonio Cremona, popularly known as Ninu or Is-Sur Nin, was born May 27, 1880, at 3-4, St Mary Street, Victoria. He was given the names Antonio, Giuseppe and Giovanni and was baptized the next day at St George’s Parish Church.

Ninu was the son of the notary Dr Felix and Margaret Pace, who was the niece of the Bishop of Gozo Mgr Pietro Pace (1877-1889). He was the youngest among three siblings; his sisters, Giovanna and Maria Assunta, were four and two years older respectively.

His father died at the age of 55 when he was only three years old. Two years later, he was sent to live with his uncle, Achille Pace, in Tunisia. There he attended a school run by the De La Salle Brothers (Brothers), then at the French college St Charles, today Lycée Carnot.

In 1888 Cremona returned to Malta with his uncle after a three-year hiatus. He was enrolled as a student at Flores College in St Paul’s Street, Valletta (later the premises of the Allied Printing Office). But his stay at the college was very short because, at the age of 10, he was enrolled as a student at the Jesuit Seminary in Gozo under the rectorship of Father Alberto Amico. He spent two years at the seminary during which he acquired a good command of the Italian language rather than English.

At this young age, Cremona showed a love for acting, so much so that he enlisted in the seminary’s theater group, made up of older members. He also participates in the reading of poetry during the Christmas parties organized at the seminary.

Cremona continued her studies at the Seminary of Floriana for five years. There he studied mainly Latin and Italian, but also studied mathematics, physics and English. He distinguished himself from the traditional professions of his family who were more inclined towards the legal profession, namely his paternal grandfather, the notary Dr. Joseph Cremona, and other relatives.

While studying at Floriana Seminary, Cremona met Fr. Carmelo (Dun Karm) Psaila, later the national poet of Malta. He furthered his studies in Italian in light of the predominance of the Italian language in academic circles in Malta. He wrote his first poem A Maria Vergine in his final year of the seminary course. He even wrote prose in Italian and spent his summer holidays reading literature in Italian and Maltese.

His friendship with Father Psaila, ordained in 1894, led him to go to the latter in Żebbuġ. As a teenager, Cremona, along with her classmates and friends, also spent her evenings singing and playing tunes on a mandolin. Cremona’s love of literature made him particularly familiar with the Italian works of writer and teacher Augusto Monti (1881-1966) and poet and novelist Alessandro Manzoni (1785-1873). 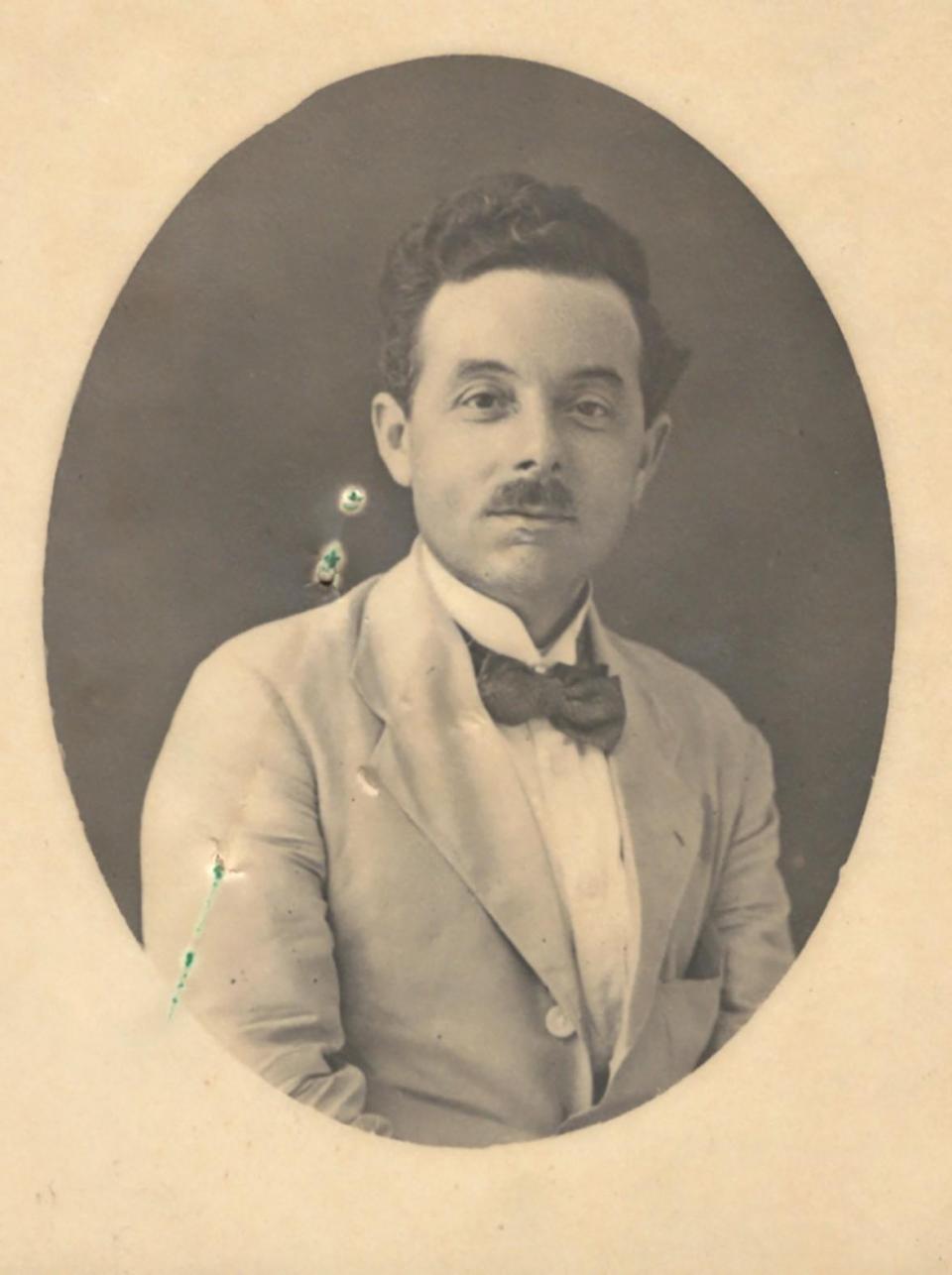 Meanwhile, the Cremona sisters set up a private school in Sliema to help their mother make ends meet, and he too felt the need to do his part. He first got a job as a government clerk in the stores of Floriana Hospital, then in 1904, at the age of 24, he managed to get a job as a government health inspector. As part of the latter job, after some time he was sent to continue his studies at Ashton Hall School of Hygiene at the University of Liverpool in the UK. There he took courses in sanitary engineering and bacteriology.

Upon his return to Malta in 1912, Cremona’s penchant for academic study in the Maltese language began to gain prominence. Cremona’s writings spanned all sorts of genres and are published in English, Italian and Maltese, but the latter make up the bulk of his literary works. Besides inventive narrative verse in his poems, novels, dramas and romances, he also excelled in historical research, especially biographies and folklore.

Besides inventive narrative verse in his poems, novels, dramas and romances, he also excelled in historical research, especially biographies and folklore.

In 1913 Cremona wrote his first and most powerful classical drama, Il-Fidwa tal-Bdiewa. It was published as a serial in The teacher magazine in 1936. He also wrote the biography Mikiel Anton Vassali and Żminijietu, which was the very first extensive research conducted on Vassalli, and was translated into English by May Butcher in 1940. He also published a series of works on philology and grammar, and had his poems translated into French by his compatriot from Gozo, Laurent Ropa.

He applied for a new position at Valletta High School, teaching Maltese in evening classes from October 1927. After nine years, he was appointed as the first high school Maltese teacher from 1936 to 1941, responsible for the last three years of maturity course. This was the first step in teaching the Maltese language as a compulsory subject in schools. During this time he was appointed Maltese language translator and editor at the Government Press from 1927 to 1941. 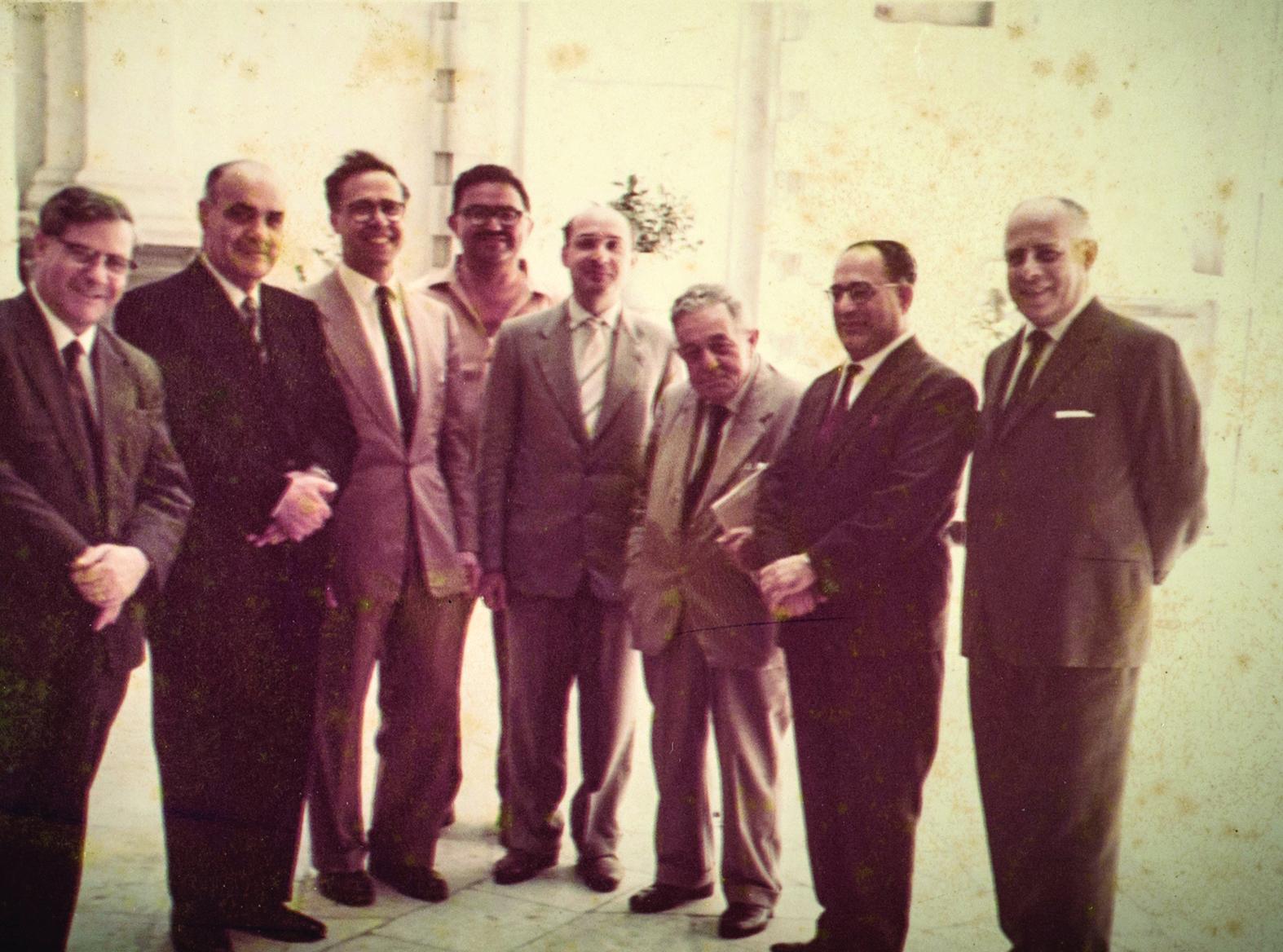 Ninu (third from right) with a group of Maltese writers in the 1960s.

The Maltese language engaged Cremona in a busy academic life as he served on several government boards responsible for the first novel writing competition as well as the compilation of the English-Maltese dictionary (1947-1955), which was later taken over by Fr Psaïla. Cremona has also been named one of the leading examiners in Maltese on several public interview boards.

A milestone in Cremona’s Maltese academic achievements was his membership of the founding committee of the Għaqda tal-Kittieba tal-Malti, now the Maltese Academy. Along with Father Psaila, he was one of its 10 founding members. He served as Vice President of the Ghaqda until his old age, although his council repeatedly offered him the post of president. He was in charge of the Ghaqdathe publication of Il-Malti, published quarterly. 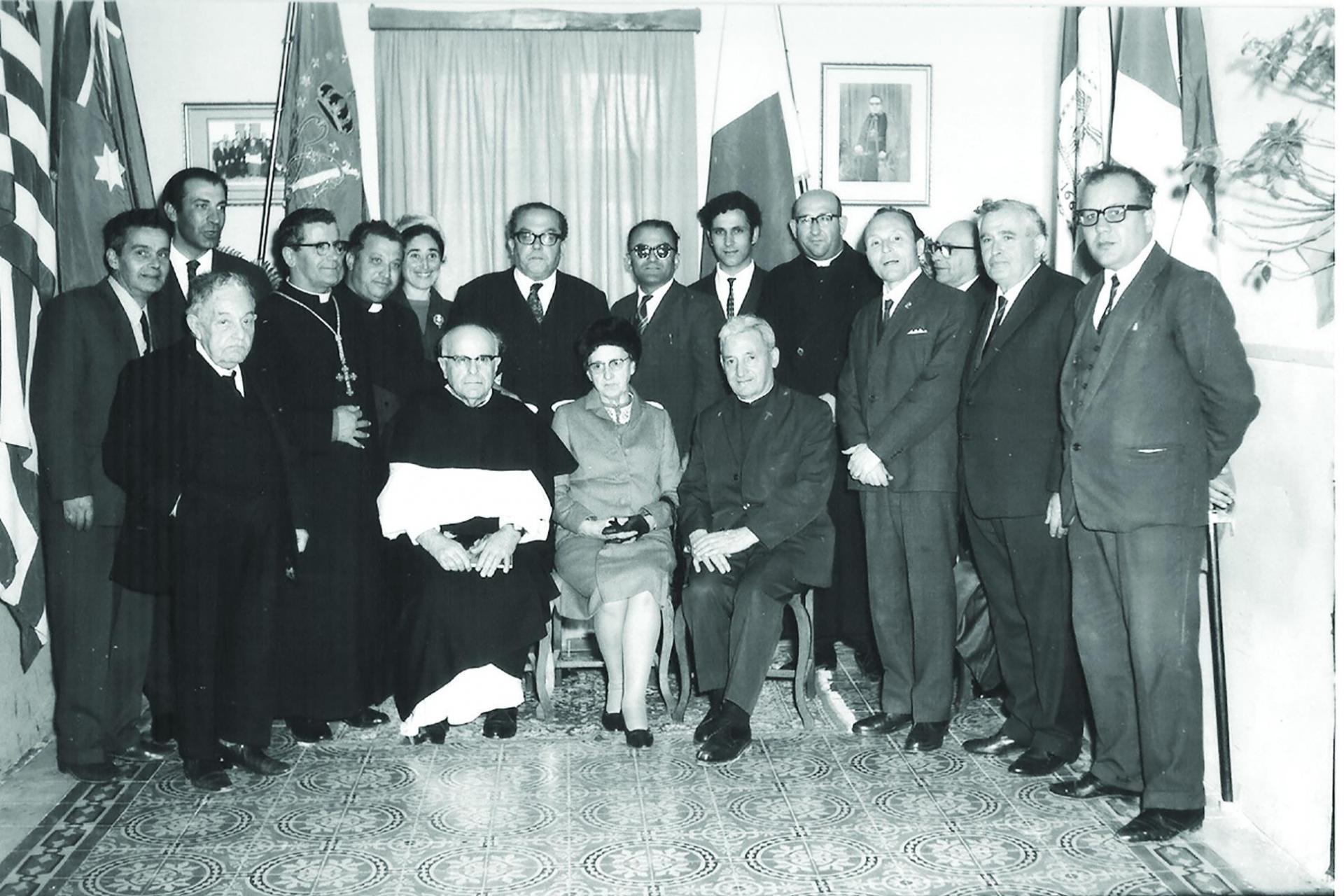 Ninu (front row, first from left) at the Laurent Ropa exhibition in Xagħra in 1970.

For a time, his role in Ghaqda was characterized by the question of the proper Maltese spelling to be used in all official documents. Cremona was responsible for laying the foundations of the Maltese alphabet and grammar rules on which the new Maltese spelling would be built. In this task he was assisted by another member of the committee, John Vassallo. This was eventually published in a publication Tagħrif fuq il-Kitba Malta to the government press in 1924. The new Maltese spelling was officially recognized and adopted by the government in 1934. 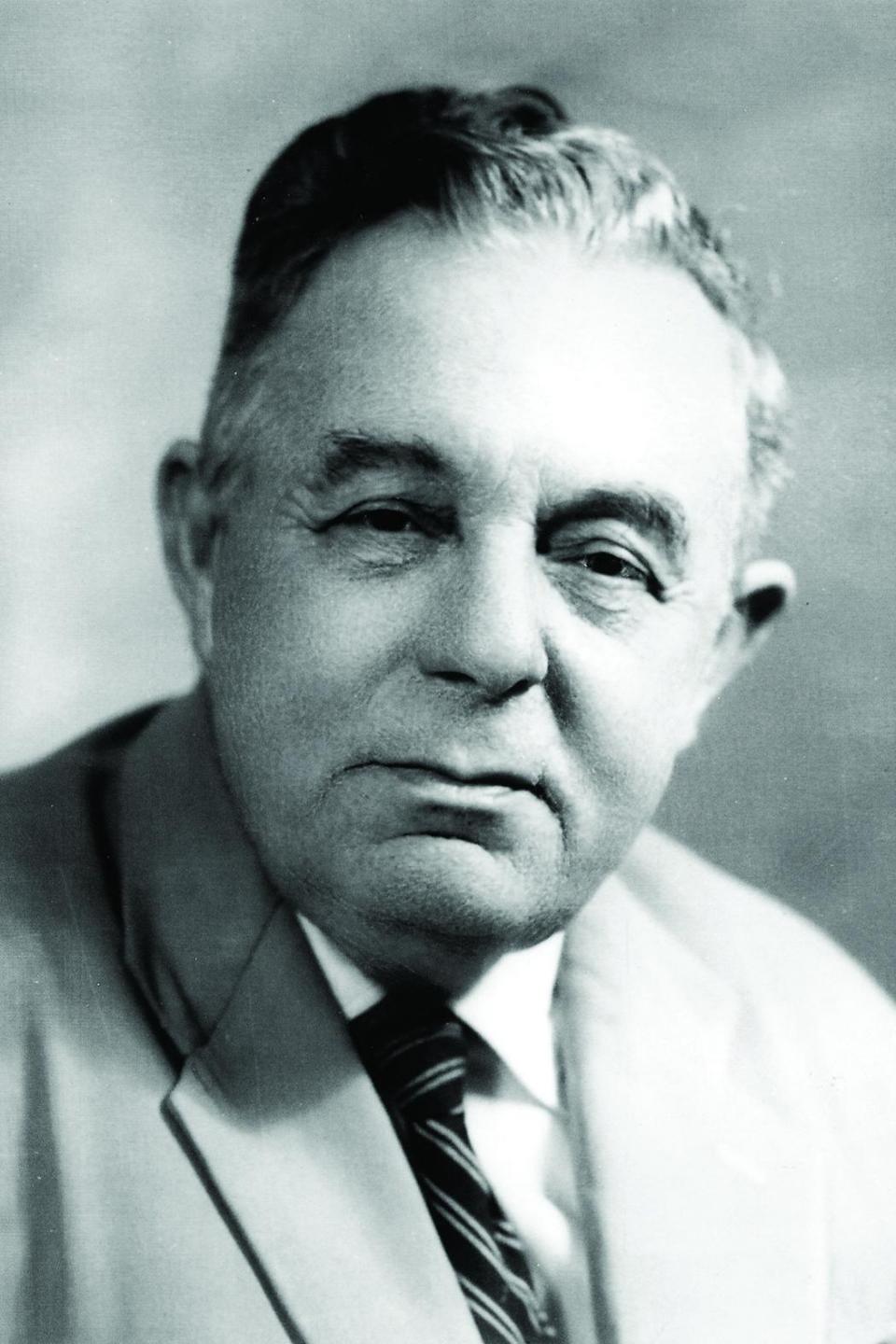 In 1947, the Maltese Governor, Sir Francis Douglas, awarded Cremona the Ġużè Muscat Azzopardi Medal for his intense work on the Maltese language. Thirteen years later, the University of Malta awarded Cremona the honorary degree of Doctor of Literature (D.Litt.). The last honor received by Cremona was awarded by the Federation of Civic Committees, consisting of a silver medal in recognition of his distinctive work and achievements that honored his country.

Cremona spent the last years of her life in Gozo. It was just over 50 years ago, on January 4, 1972, when news broke that the 91-year-old Is-Sur Nin had died. The news was broadcast on Rediffusion and on television. Dr. Anton Buttigieg, then Minister of Justice and Parliamentary Affairs, and an old friend of Ninu, gave a short speech during the parliamentary session on the same day, which the Leader of the Opposition joined. The main newspapers the following day were dominated by the news of Cremona’s death. The funeral mass was held at Gozo Cathedral. Eminent personalities and representatives of several committees from across the Maltese spectrum attended. He was buried in the cemetery of Santa Marija in Xewkija. 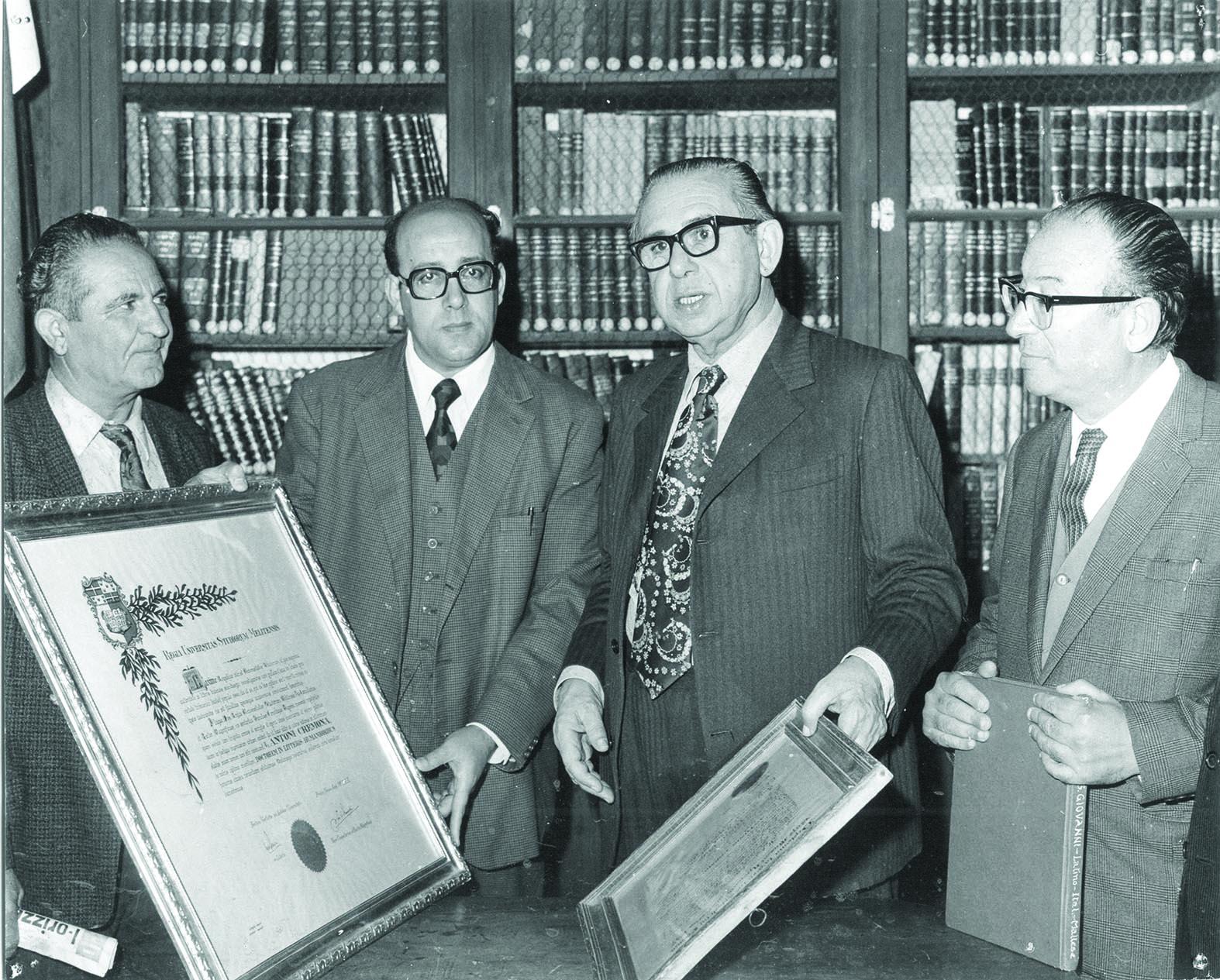 Dr Anton Buttigieg, then Minister of Justice, donating Ninu’s papers to the Gozo Public Library in the 1970s.

Shortly after, a fundraising committee under the chairmanship of Gozo Lyceum Principal Peter Paul Grech and Joseph Camilleri as secretary was set up by staff members to raise funds for the erection of a bronze monument in Cremona. The sculptor, Alfred Camilleri Cauchi, was commissioned to make a model for the monument, for which he worked for free. The monument was cast in bronze at the St Carlo de la Marsa foundry. Funds have been raised from students in Gozo schools, some staff and other activities organized by the committee.

Originally it was planned to erect the monument in Savina Square, Victoria, but it was eventually erected on the grounds of the old Lyceum complex in Victoria. It was inaugurated on May 25, 1973 by the then Minister of Education, Agatha Barbara. Three thousand students attended the inauguration ceremony. The poet George Pisani and the linguist Joseph Aquilina gave speeches on the personality of Cremona and his works. Peter Paul Grech also announced that the Gozo Civic Committee would name the road to Villa Rundle Gardens after Ninu Cremona. 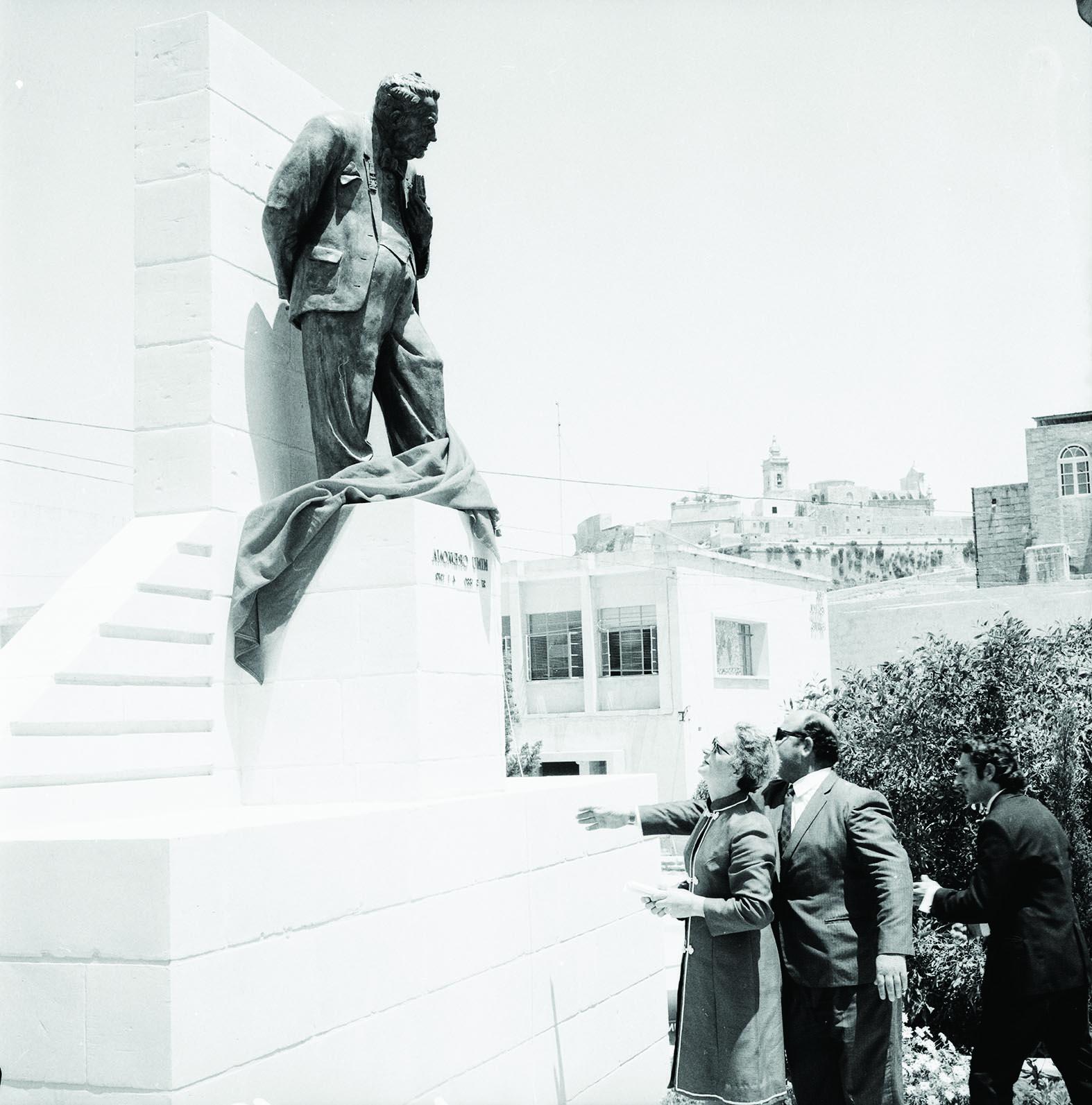 The inauguration of its bronze monument in 1973 by Minister of Education Agatha Barbara.

The ceremony ended with a speech by the Minister who congratulated the students and teachers for the initiative. This was followed by the unveiling of the monument and a marble plaque mounted on the side wall of the building where Cremona was born. Another plaque has been fixed to the wall of the last residence where Cremona lived in St Ursula Street, Victoria, on the initiative of the Klabb Kotba Malta.

Several writings published in Il-Malti of March-June 1972 testify to the humble character but the literary prowess of Cremona. His small physical size, standing only five feet, also belied his status as a giant of the Maltese language. The character of Cremona is frankly described in the poem by N. Biancardi Xbieha bil-Kitba published at the beginning of Father Alfred M. Previ’s biography of him in 1973.

Independent journalism costs money. Support Times of Malta for the price of a coffee.

Another Modi message to Delhi from Lutyens on transfer of power

Letter: Only you can prevent global warming | Letters to the Editor