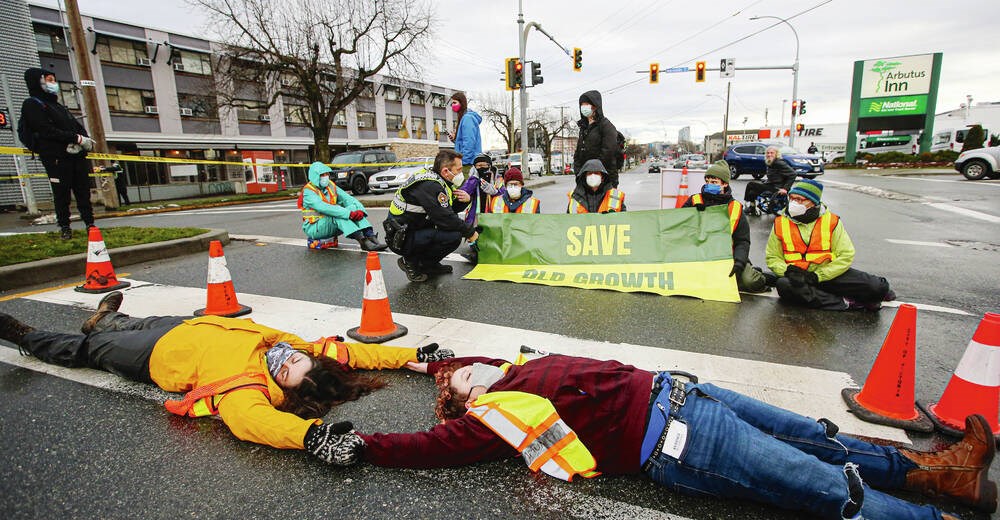 If these disruptive protests are effective, then our society is likely to be inundated with similar tactics by groups for virtually any “cause”.

This is why the main governments refuse to negotiate or accede to the demands of the kidnappers.

The protesters say they are not criminals, but what they are doing is in fact illegal. That is, after all, why they do it. And, yes, that makes everyone a criminal, convicted or not.

A sense of hope for the Langham Court Theater

Over the past two weeks, many letters have been sent from people concerned about the future of the Langham Court Theater. I am worried too.

I am concerned that the harassment that I and my friends have suffered and seen in my 10 years there will continue unchecked; that the organizational system that protected the racist actions of a director instead of the safety and humanity of a black actress will remain in place; that new young actors will continue to be told “Oh, they didn’t mean anything by that” when they raise concerns about sexual harassment.

Letters from the past two weeks have assured us that the previous council had anti-discrimination policies in place. But that is not enough.

That wasn’t enough to stop that same board from intimidating and demeaning two of their own members into resigning, or stopping the racist comments shouted at people of color at the recent AGM.

And that was not enough to put an end to the harassment suffered by the members of the new board of directors since this meeting.

But I also have high hopes. It was electrifying to watch the community come together to vote for new leadership.

Cries of a hostile takeover are false: a majority of members voted for change and it was done openly and democratically.

I have no doubts that this new board has the vision and the strength to make tough decisions, like canceling this season, to put in place the right staff and policies to ensure this theater lasts another 90 years.

Re: “Can Langham Court rise from its ashes?” letter, January 11.

I was particularly troubled by the characterization of the current management of Langham Court Theater as “a small group of people who put together what was essentially a hostile takeover of the Langham board of directors”.

The current board was elected at Langham’s annual general meeting by a vote of the membership, in accordance with standard procedure. They do not represent a radical fringe of foreigners, but rather the collective will of the voting members.

The fact that some members do not agree with the current policies of the board of directors, or with which the candidates were elected, does not invalidate our choice. A vote is only legitimate if you win.

Finally, with regard to the Langham Code of Conduct mentioned in the letter, I can say that I have witnessed several incidents of bullying and misconduct in Langham over the years that have gone unaddressed. adequately, and that the existing code of conduct is therefore clearly not sufficient.

I also don’t think it would be safe to mount a season now given the Omicron push and how easily disease can spread among the cast and crew behind the scenes (like any worker in experienced theater should know).

These bright headlights are a safety risk

Re: “The glare factor is an increasing risk on the roads”, January 7.

Thanks John Ducker! These blinding headlights should be illegal. They pose a threat and danger to the safety of oncoming drivers.

Until they are taken off the road on cars, I will continue to flash my high beams to let drivers know they are a danger to others.

Our legislators should draw inspiration from the notebooks of their European counterparts and do like them, namely to oblige car manufacturers to change their product and to make it safer.

Bad behavior has become the norm

I love reading John Ducker’s column every week and appreciate his interest in road safety, especially his recent column on vehicle headlights which blind oncoming drivers.

The same column highlighted the problems of doing anything in the face of this growing security risk.

Driving has become an increasingly dangerous activity. There is no effective, continuous or widespread application of motor vehicle legislation. We are, for all intents and purposes, on our own.

We have to trust the other driver to do the right thing. Don’t count on it. Occasionally, the police will set up a speed camera or stop check if sufficient concerns are expressed; however, this type of application is inefficient, expensive, limited and inefficient.

All are now routine, with predictable results. It is not pleasant outside whether you are a pedestrian, a cyclist or just a driver trying to follow the rules of the road.

What can be done? A lot, but it will take a determined political will because driving has always been seen (wrongly) as a right rather than the privilege that it really is. A moving car is a weapon and we have to start treating it as such.

More than anything, market cars differently to emphasize the responsibilities and dangers of driving.

Broadmead does what’s best for patients

I was disappointed to read the article about a man who couldn’t see his wife on her birthday.

The nursing home is simply trying to keep our loved ones safe. They do their best to help families stay in touch. Working under difficult conditions, often short of staff, they remain smiling, caring and loving towards their patients.

My husband Tony Bennett, who I have been married to for 62 years, is in good hands, although I wish I could visit him, I know he is safe, well cared for by a group of dedicated and caring people .

Please be thankful that you can visit our loved ones when the time is right. Many patients do not have visitors or their families live far away.

You should be so grateful that we are fortunate enough to have our loved ones in such a caring home.

Please be patient, be kind, and appreciate the wonderful staff who take care of our loved ones whom we cannot take care of on our own as we all wish we could.

With great appreciation to all the staff at Broadmead Care Home.

Put Captain James Cook back in his place

Why hasn’t Victoria restored and replaced the statue of Captain James Cook in front of the Empress?

Is Victoria a city where the uneducated and the discontented make the rules? Should we show no respect to such a brilliant navigator, sailor and innovator because a tiny part of our population is somehow hurt or offended by such a man solely because of his own misinformation?

Stop the madness and return us a beautiful statue of an honest man who has done more than most to make the world a better place for all mankind.

SEND US YOUR LETTERS

• Submissions should not exceed 250 words; subject to editing for length and clarity. Provide your contact details; it will not be published. Avoid sending your letter as an e-mail attachment.