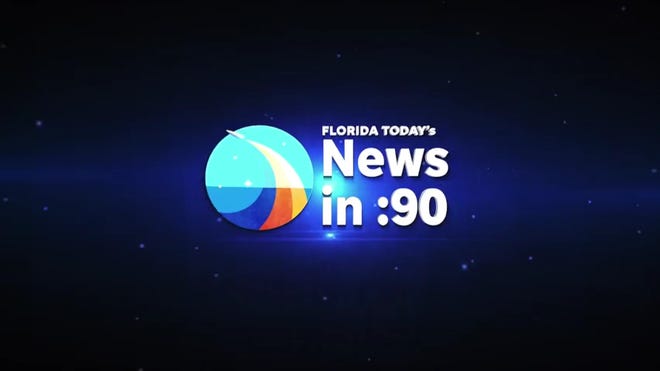 Your # 1 responsibility is the health and safety of students and employees in order to operate our schools to their full potential.

We ask that upon the return of district staff on January 5 and students and teachers on January 6, the BPS leadership put all security measures back in place, due to the uncontrollable spread and high infection rate of the Omicron variant, the two-week winter. pause, the state government’s lack of accountability regarding Omicron, the behavior of the citizens of Brevard regarding COVID protocols, etc.

1. All staff and students wear masks inside all BPS schools and facilities.

3. Send data to all employees on the effectiveness of vaccinations and boosters against Omicron, such as a report from Imperial College UK essentially stating that the boosters are at least 80% effective against Omicron.

4. Host an emergency board meeting at 9:00 am Jan. 4 with health officials who can provide the latest data and discuss what needs to be done for the students, such as masks, rallies. students and sporting events.

Note: It will be logistically easier to implement all effective strategies now rather than when schools reopen.

As we learned in the first two weeks of school to deal with COVID in August, we need to take ownership of what we can control. We can’t control COVID, but we can definitely control our behavior.

I admire Pat Rose and Bob Atkins for their commitment to their respective causes. .

I just wish they would put the same amount of effort into the real problem, which is the lack of seagrass in the lagoon. When this community removes the causes of pollution from the lagoon, we will again see enough seagrass to support an optimal manatee population and reduced propeller injuries.

FLORIDA TODAY missed the boat as her front page article did not address stormwater runoff, nutrient loading, fertilizer leaching, septic tank pollution, aging sewer infrastructure, overdevelopment, political inaction and the tidal flow limited by the causeways. When these issues are resolved, then we can be concerned about hungry manatees and overfishing.

Following:Florida thinks the unthinkable: feeding hungry manatees in the wild

The December 27 editorial cartoon, “I’m sorry, we have to increase your electric bill, ma’am, but we also have hungry mouths to feed,” casts a low blow on the process of raising the electricity rate.

An increase of $ 810 million was approved by state regulators in December to cover rising natural gas costs. The increase would add $ 7 per month to a residential 1,000 kilowatt-hour bill, which is more than the 34 cents per month per account for CEO compensation.

A four-year rate regulation was approved by the Florida Office of Public Counsel in August. The increase is used to finance the continuation of the plan to install 30 million solar panels by 2030. It also includes other green initiatives such as an integrated solar energy battery storage system that is needed for provide solar power at night.

Even with this investment, not all fossil fuel production will be replaced. So electric vehicles won’t be emissions-free in Florida without an additional investment in production capacity.

One can debate the appropriate rate of remuneration for executives. But that does not determine the cost of electricity.

Thanks to everyone who rolls the meals

This letter recognizes the Meals on Wheels volunteers who deliver our meals five days a week.

The Monday lady, who I’ll call California, is one of the nicest people I know. She may be my favorite. The Tuesday delivery man, a gentleman, is great and always asks about our health. The Wednesday girl is not over 20 but has informed me that she has five children. Our Thursday lady is from Pennsylvania and goes out of her way to make sure my wife Shirley and I are okay. And the Friday delivery boy, a Suntree area real estate agent, is a very classy gentleman.

My wife and I are both 90 years old and this program saves our lives. We have lived here for 43 years and this Christmas Eve was our 70th anniversary. This program is to be commended for its selection of people who reach out to the public and represent their program.

Dragging UF in the mud: shameful

It’s a wonder that the fifth public university in the United States is now under investigation by the Southern Association of Colleges and Schools Commission on Colleges, as it could have significant issues with non-compliance with its standard of freedom. academic and undue external influence.

Why? Because our governor and his staff have pressured the faculty and administration of the University of Florida to ensure that they do not speak out against or contradict any of the policies or statements of DeSantis or its surgeon. general, especially those relating to COVID.

This university has worked too hard and done the right things to get to where they are. The hundreds of thousands of former students, including three in my family, do not deserve to have their university dragged in the mud because a politician does not want to hear the truth. Shameful.

What would a “state guard” do?

Be careful who you line up with, Rep. Fine.

I have read that Governor DeSantis, during the new session in Tallahassee, asks for his idea of â€‹â€‹re-establishing a 200-member Florida state guard.

It doesn’t matter whether we have a national guard, highway patrol, sheriff’s offices, and police offices. I guess our governor needs his own army.

He also wants an office of at least 52 people to monitor election-related crime and security. It’s funny that after his election he claimed that “Florida had the smoothest and most successful elections of any state.” Would these 52 people be needed in certain polling stations to intimidate certain voters?

He made no mention of passing what the majority of voters (64%) wanted, allowing previously incarcerated people who have served their time to vote. These people are languishing without their civil rights.

As a former competitive swimmer, I would be remiss if I did not comment on Lia Thomas, a transgender woman who competes on the USA Swimming women’s team. It is not only an unfair advantage, based on a man’s biological makeup, to compete with women, it is a parody of God’s creations.

If someone wants to change their gender, that person must “stay in their lane”, [sic]. This route does not include the limelight, on a small or a large stage, for personal use.

How did we come to this unfathomable problem? If I were a current member of the USA Swimming team, I would leave this situation. Beyond the swimming competitions, there is the situation of the changing rooms which should only be reserved for women. If a biological woman were to seek a position on a men’s team, the situation in the locker room would be the same. Ugly.

I congratulate Cynthia Millen for taking a stand in stepping down from her official USA Swimming position. That being said, isn’t that what we are doing?

Tired of the time spent in front of a screen? Here’s how to get your kids to love reading