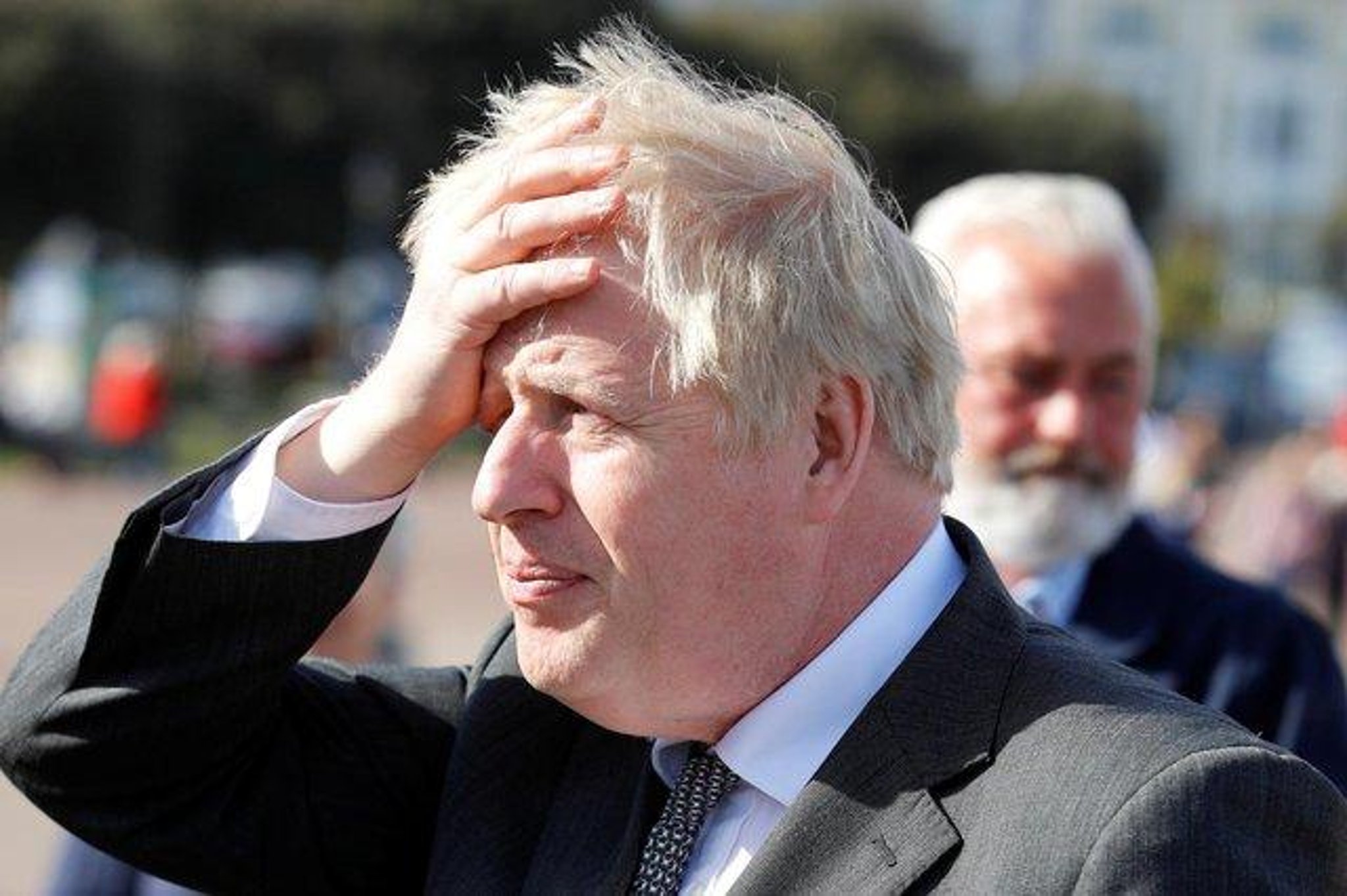 Letters to readers: what a tangled web Boris Johnson weaves

For Mr Johnson, it was not the same as millions of people leaving offices, shops, hospitals or factories and illegally gathering in outdoor cafes or on terraces, “talking about work” with their friends. There are indeed two crucial differences. First, office, retail, NHS and factory workers did not rally, talk and drink because it was not allowed. Second, only Boris Johnson thinks that being “at work, talking about work” and “actually working” are the same thing. Every employee knows very well what opportunistic skiving looks like. The Prime Minister needs the grace to admit it.

Rather than via a press conference or in Parliament and subject to scrutiny, however, the Prime Minister presented his absurd explanation with a pale face, trapped in a corner of the Downing Street library, leaning against a wall of books imprisoned behind brass grilles. A perfect visual metaphor for Walter Scott’s trap: “Oh, what a tangled web we weave, when we first practice cheating!” “

Register to our Opinion newsletter

Register to our Opinion newsletter

As Lord Frost’s fantasy of a British global Brexit also faded, his resignation letter mentioned “freedom and independence as a country” and “the process of building a new relationship with the EU. “: 55% of Scots would say” yes, we’ll take that “. Lord Frost also praised the lightly regulated, low-tax entrepreneurial economy, adding that “300 years of history shows that countries that take this path grow and prosper.” Not only the majority in Scotland, but 100% of the people north of Birmingham know that the failure to achieve 300 years of equal growth and prosperity across the UK now needs a ‘Department for Leveling Up’ , whose first spectacular failure was to level the audience. transport for the north.

Armando Ianucci, creator of satirical sitcom The Thick of It, admitted that the cast improvised some wacky “policies” for the series, jokes that, surprisingly, have become law (the “room tax” is one of them) . Now that we have seen a policy emerge of ‘people talking about work’ over a few drinks, it is clear that the UK government is beyond satire. If only Scotland had a way out.

As this Conservative government’s deception and lies escalate, all credibility it once had is gone. The twin disasters of Brexit and Covid have created a now endemic culture of corruption, led by declining star Boris Johnson. The choice Scotland faces is either independence or stagnation within a struggling British state. It is only as an independent nation that we can work for a fairer, greener and more prosperous country. The desire to make such a change must come from the passion and soul of the Scottish people.

However, in the warmth and spirit of Christmas, I rejoice in the words of American author and poet Richelle E Goodrich: â€œEvery sunrise is an invitation for us to rise up and brighten someone’s day. “. In such terms, I hope Boris can rejoice in Mark Twain’s words: â€œIf you are telling the truth, you don’t have to remember anythingâ€!

Gerald Edwards says the UK government will toughen its stance towards supporting Scotland over the SNP’s “whines” (Letters, December 21). It is an inconvenient truth ignored by Mr Edwards and Martin Redfern (Letters, same day) that what was pointed out by the SNP was the fact that the first Â£ 220million of ‘extra’ money was in fact an advance on previously planned funding and no additional money, as distorted by the Treasury.

But what are we to take from Mr. Edwards’ assertion? That we are in a partnership of equal nations with shared challenges and aspirations and a common goal? Or that we in Scotland are ruled by a British administration driven by chauvinism and vindictive grudge? Hope he is wrong.

Scottish off-grid communities can apply for a share of a Â£ 3million fund to develop greener, cheaper electricity (your report, December 20). Net Zero and Scottish Energy Secretary Michael Matheson said that “this represents a huge opportunity to make our energy supply not only greener, but also cheaper and more secure”. The Ministry of Business, Energy and Industrial Strategy used similar wording when talking about smart meters “which will make our energy system cheaper, cleaner and more efficient”. Obviously, they go to the same brainwashing seminars. Greener ? Over the past year, renewables, mainly wind turbines, have provided only 21% of our electricity, fossil fuels 45%. Cheaper? Wind turbine owners in Scotland have received Â£ 1 billion since 2010 to shut down their wind turbines. This billion pounds has pushed up British bills. Secured? This week, the wind supplied less than six percent of our electricity and over 63 percent of gas.

Postulating politicians and green fanatics want to ditch gas – some even want to ditch nuclear, which provides 15%. With this type of leadership, blackouts are imminent.

The call for the round-the-clock opening of vaccination centers should be seen as nothing more than a politically motivated response to our current situation, as it is certainly not based on sound scientific principles (“Call for round-the-clock reminder appointments â€, December 20). Biological systems are known to vary widely over the course of a 24 hour cycle. There is already some evidence that such diurnal variations can alter the functioning of the human immune system and, therefore, the body’s response to vaccination may be less effective at certain times of the day. Indeed, a study in the East Midlands, published in 2016, showed that a month after a dose of influenza vaccine, the antibody response to the vaccine was better if the recipient was vaccinated in the morning rather than in the afternoon. While the Covid vaccination may well be just as effective if given at night rather than during the day, there is currently no scientific evidence to confirm this. Covid vaccines are a scarce resource, especially off these coasts – let’s not risk using them unnecessarily just for political ends.

We welcome your thoughts. Write to [emailÂ protected] including name, address and phone number – we will not print all details. Keep letters under 300 words, without attachments, and avoid â€œletters to editor / readersâ€ or the like in your subject line. If you are referring to an article, include the date, page number and title.

Thank you for reading this article. We depend on your support more than ever, as the change in consumption habits caused by the coronavirus is having an impact on our advertisers. If you haven’t already, consider supporting our trusted and verified journalism by purchasing a digital subscription. Click on this link for more information.