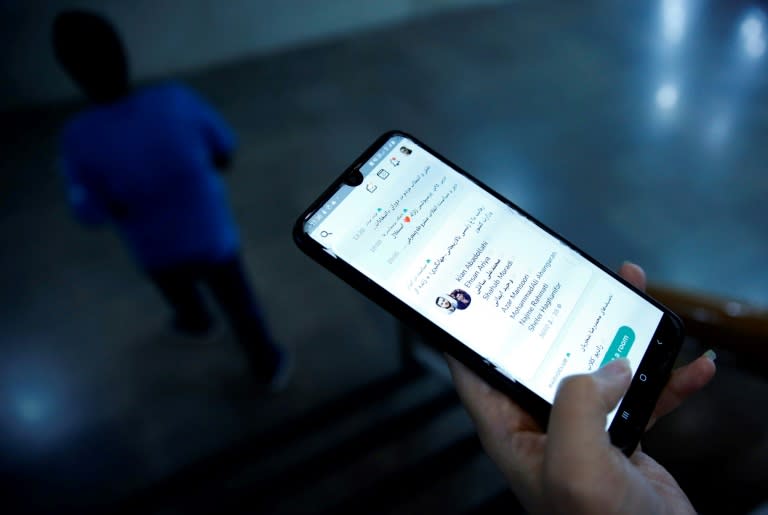 Internet gatekeepers want to break down the web’s language barriers

When website addresses using writing systems like Chinese and Arabic were introduced in 2009, it was hailed as a step that would transform the internet.

But 12 years later, the vast majority of the web remains committed to the Roman alphabet – and ICANN, the organization tasked with protecting the Internet’s infrastructure, is on a mission to change it.

“The truth is that even though half of the world’s population uses the Internet today, it is the world’s elite – mainly those who live in cities, mainly those with good incomes,” said Goran Marby, director of the US-based agency. nonprofit, told AFP in an interview.

It is thanks to ICANN – the Internet Corporation for Assigned Names and Numbers – that when you type an address at the top of the screen, your computer can find the web page you are looking for.

Nowadays, it’s theoretically possible to type an address in over 150 scriptures, including obscure scriptures like ancient Egyptian hieroglyphics, and watch the page load.

But large parts of the Internet remain incompatible with writing systems other than the Latin alphabet. Many US websites, for example, would not allow you to make a purchase or subscribe to their newsletter if you entered a Tamil or Hebrew email address.

When a group of organizations, including ICANN, tested the world’s top 1,000 websites last year, only 11% accepted a Chinese or Arabic email address, for example trying to contact them via an online form.

– Focused on the West from conception –

One of ICANN’s priorities for the coming years is to ensure that 28 commonly used writing scripts are usable on the Internet.

The problem isn’t limited to the West: in China, even WeChat, the country’s most popular messaging app, doesn’t recognize email addresses written in Chinese characters.

This is partly because it can be difficult to remember how to spell a web address in Pinyin, the Romanized version of Chinese, and partly because number-based word games work well in Mandarin (“520” sounds like “i love you”).

In many parts of the world, people have simply tried to adjust to an Internet that does not speak their language.

“It never even crossed my mind,” Hadeer al-Shater, a Cairo finance worker, said when asked if she had considered setting up an Arabic email account.

“The key is to be able to communicate with the rest of the world. And unfortunately, Arabic is not very practical on the internet,” she said.

Marby points out that today’s Internet was largely born out of the work of American and European computer scientists. As a result, it has disproportionately benefited those who can read and write Latin scripts.

According to the UN’s International Telecommunication Union, about 37% of the world’s population – 2.9 billion people – have never used the Internet, 96% of them in developing countries.

And Marby maintains that number will remain high if people who don’t use the Latin alphabet are stranded.

â€œWe think it’s very important to make sure that the original idea of â€‹â€‹the Internet – to connect people – is not forgotten,â€ he said.

Progress has been made on some fronts. Users of Google’s popular Gmail service, for example, can exchange messages with people whose email addresses use non-Latin characters since 2014.

In Russia, around 40% of businesses have a version of their website that uses a Cyrillic “top-level domain” (TLD), that is, a website’s suffix, such as “.com” or “.org”.

But while most Russian hosting services allow email addresses with a Cyrillic domain, the part before the “at” symbol remains in the Latin alphabet, the Russian Coordination Center for TLDs explains on its website. .

Marby points out that “universal acceptance” – the idea that all scripts are usable on the Internet – will never happen unless companies help solve the problem on their end.

â€œWe have to continue to work with software developers and manufacturers to make sure they actually do this,â€ he said.

In the long run, he argues, universal acceptance will be good for business by allowing companies to reach new markets.

â€œBut that’s not something we’ll do over the next six months,â€ he said. “It will take years.”

“R is a beautiful alphabet, but so is he,” says Alia Bhatt for Ranbir Kapoor

Letters: We need a Christmas miracle in the fight against COVID; We only pretend to care about health