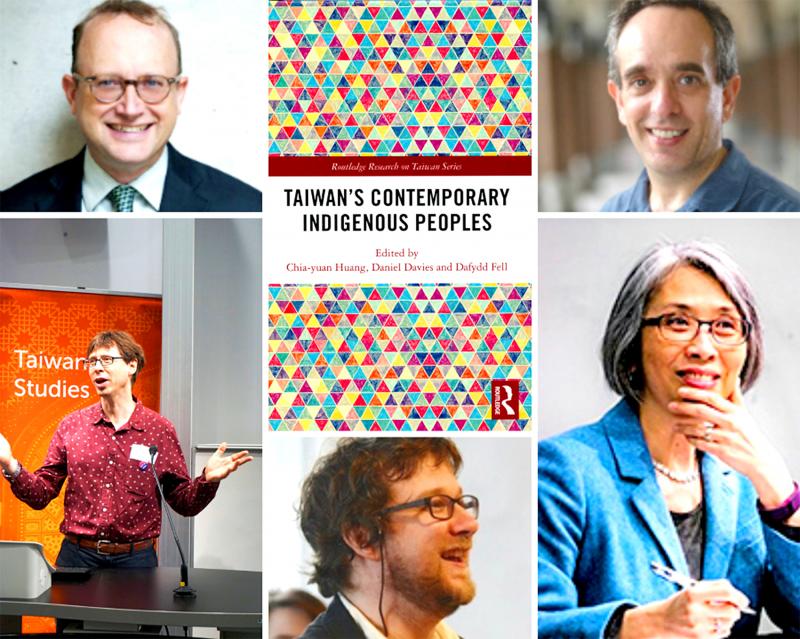 New book sheds light on the lives of Taiwan’s aborigines

Last month saw the online launch of an English-language book that will hopefully enhance Taiwanese studies at universities in Europe and beyond, providing a wider audience with a unique insight into a field. studies that is attracting more and more attention.

Contemporary Indigenous Peoples in Taiwan is the result of a series of lectures at the Center for Taiwanese Studies in London, part of the School of Oriental and African Studies at the University of London. These discussions on issues related to Taiwanese Aborigines formed the basis of the new publication, the whole project facilitated by a grant from the Shung Ye Museum of Formosan Aborigines of Taipei (é † ç›Š å°ç£ åŽŸä½æ°‘ åšç‰©é¤¨).

â€œWithin Taiwanese universities, there has been a rapid growth in the number of indigenous teaching and research programs over the past decade,â€ said Dafydd Fell, director of the center. â€œThere have also been parallel trends in the promotion of indigenous languages â€‹â€‹in media, such as indigenous television, and in schools. Since some of these native studies programs in Taiwan also develop English language lessons, we hope that our book can be widely used in Taiwan.

Fell added that in the field of international Taiwan studies, there has been a similar growth in interest in indigenous subjects, but much of this work tends to be scattered across different disciplines. The book brings together studies on modern Taiwanese indigenous subjects.

Both trends are part of a growing global interest in indigenous studies of which Taiwan is only one part, with the nation providing fascinating examples of a number of aspects of contemporary indigeneity. Part of a multi-ethnic society with diverse cultural characteristics, the indigenous peoples of Taiwan have lived on the island for thousands of years. Their languages â€‹â€‹belong to the Austronesian family and they have strong cultural ties with Oceania and the South Pacific.

The book has four section themes: historical perspectives, the arts, education, and politics. The chapters are written not only by academics, but also by writers from the Taiwanese indigenous rights movement.

The authors who spoke about their respective chapters of the book when it was launched, described by Fell as “four giants of Taiwanese studies”, underline the diversity of its content.

Niki Alsford has shown that due to land dispossession, lack of employment opportunities and the deterioration of traditional livelihoods, there has been a significant increase in indigenous domestic migration to urban environments. It is therefore important for indigenous peoples to maintain a framework of traditions and values â€‹â€‹compatible with multiple Taiwanese communal, pan-indigenous and broader identities.

Scott Simon explained how indigenous peoples have adapted Christianity to their local cultural context rather than passively accepting external values, defining contemporary religious communities and institutions as hybrid creations and not as foreign impositions.

Fell says there has been a growing interest in the indigenous peoples of Taiwan among students at the Center for Taiwan Studies.

â€œI think students are often curious about how many of the trends we see in Indigenous society are quite different from the rest of Taiwan. For example, Aboriginal electoral behavior patterns and party identification, â€he says.

A more inclusive approach to Indigenous cultures today contrasts with past efforts to enforce assimilation.

â€œThis has caused enormous damage in the area of â€‹â€‹language policy, as many indigenous languages â€‹â€‹in Taiwan have been threatened,â€ says Fell. â€œIt is encouraging to see how indigenous cultures have become a source of pride and part of Taiwan’s national branding in recent years. “

Fell says Taiwan has used Indigenous or Austronesian heritage as part of its international diplomacy efforts, especially in its dealings with the Pacific region, which is the subject of one of the book’s chapters.

However, as was pointed out at the launch of the book, the indigenous peoples of Taiwan are still often misunderstood, with a tendency to misrepresent them as a homogeneous and exotic group.

There is also plenty of room for further study of a number of important issues, including indigenous sovereignty, urban indigeneity (bearing in mind that over 50 percent of indigenous peoples now live in urban areas) and indigenous knowledge, especially with regard to environmental issues.

Comments will be moderated. Keep comments relevant to the article. Comments containing abusive and obscene language, personal attacks of any kind or promotion will be removed and the user banned. The final decision will be at the discretion of the Taipei Times.

The Omicron variant: what we know and what we don’t know