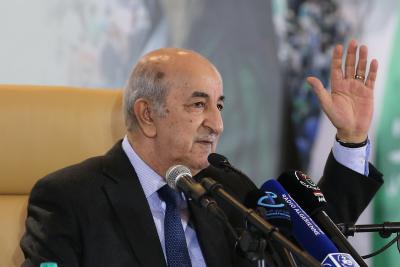 Algiers, November 28 Algerian President Abdelmadjid Tebboune has declared that local elections will pave the way for a modern Algeria.

“Elections are the last stone in the process of building a modern state. For now, we will meet the economic challenges within the framework of democracy, freedom and with legitimate institutions chosen by the people,” said he declared on Saturday during his vote in the capital Algiers. , according to a brief statement to local media.

Local elections in Algeria began on Saturday as some 23 million Algiers are expected to elect their representatives in 1,541 municipal assemblies and 58 prefects for a five-year term, the Xinhua news agency reported.

The elections are the last step in the process of renewing state institutions since Abdelmadjid Tebboune came to power at the end of 2019 in place of the late Abdelaziz Bouteflika, forced to resign following a popular movement calling for change.

The renewal process began with a popular referendum on a new constitution in November 2020, and parliamentary elections were held in June this year.

According to figures provided by the Independent National Election Authority, more than 15,000 candidates are vying for the elections.

Disclaimer: This article was posted automatically from an agency feed without any text changes and has not been reviewed by an editor