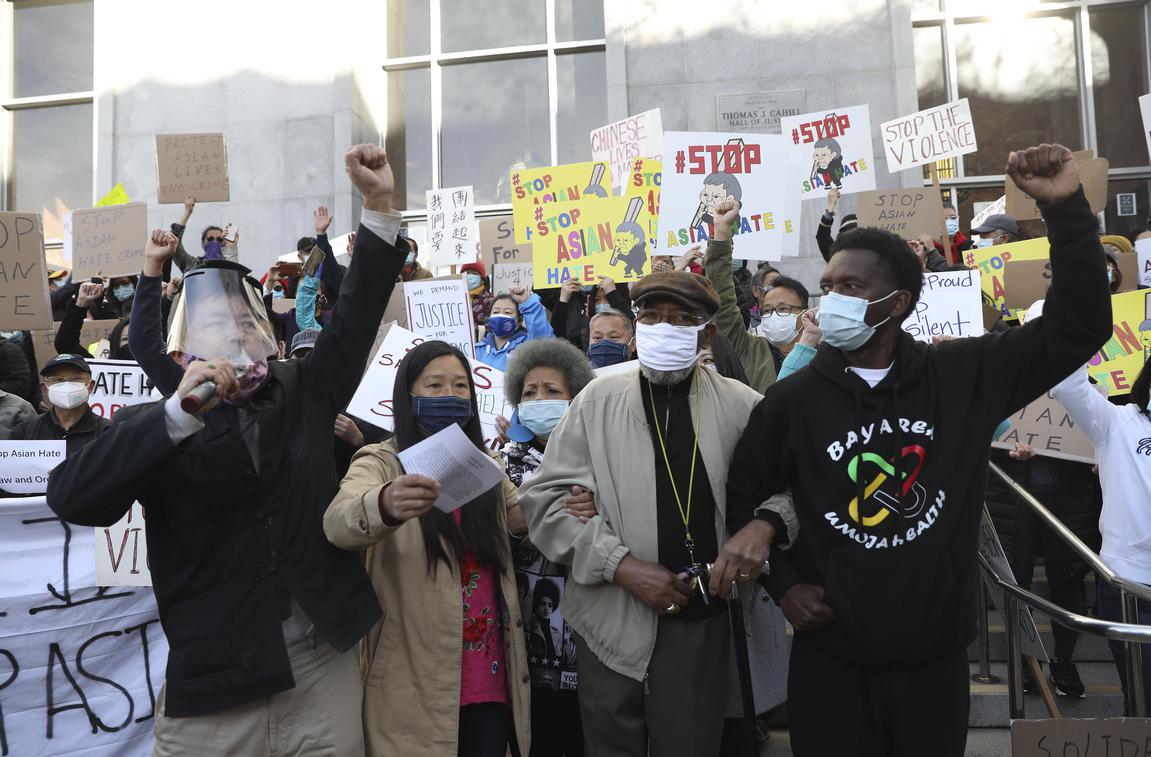 On “Asian Americans Must Be More Inclusive” (Letters, October 8): We must do all we can to resist white supremacist tactics of dividing minority groups. It is particularly troubling between Asians and Blacks, who have historically opposed each other. The only way to stop the hatred is to love, support and uplift each other.

I understand that the experiences of Asian Americans and Pacific Islanders are not the same as those of black Americans. Some people in AAPI escape the worst brutality of systemic racism, but many subgroups are subjected to persistent harassment and violence. And the wave of violent anti-AAPI crime shows that any of us could become a target.

Along with many of my AAPI sisters and brothers, individually and through organizations, I have fought for the equality of all humans our entire lives and have stood in solidarity with Black Lives Matter since its inception.

Why on earth doesn’t the city provide toilets, sinks and garbage cans for tent camps? It’s so stupid it just makes me want to scream. No wonder there are feces everywhere that need to be pressure washed. Where else are the homeless supposed to poop and pee? No one will let them into a restaurant.

It would be so much cheaper and so much more humane to provide them with toilets, sinks and bins. I just can’t believe that a city that spends so much on the homeless can be so stupid that it doesn’t provide basic sanitation to people in these camps. It is a scandalous dereliction of duty.

Regarding “Children are better off with more sleep” (Open Forum, October 5): I strongly disagree with Nate Watson. His math doesn’t add up!

I am a high school student who takes eight courses, including two advanced internships and two specialization courses. My high school now starts at 8:30 am. If school starts later, it means school ends later. We still have the same amount of homework. I go to bed later because of the time spent doing homework. I slept less because of the schedule change, and today I almost fell asleep in class. Students who play sports have it worse. They wake up even earlier because they now have a sport practice before the start of the school year. Now they sleep even less!

School should return to the normal start time so that it can end earlier.

PS I sent this at 10pm, and I’m still doing my homework.


Let go of the blue angels

Those of us who have been bombed – be it WWII, the Korean War, or Vietnam – experience vivid reminders when the Blue Angels roar above our heads. Not everyone likes them!

Regarding “15-year-old girl dies in road rage shooting in Oakland” (Bay Area, October 8): Again, we have another shooting in Oakland. Other than the mandatory 109-second moment of silence to acknowledge this year’s 109 murders, Chief Armstrong is without any solutions, suggestions, or thoughts.

The violence will continue despite community policing, diversity awareness programs and other welfare projects that come to nothing. The idiocy of funding the police finally hit the nail on the head. Perhaps the unfortunate mayor and the chief could come together and come up with a workable solution.

Supporting the police could be a good place to start.