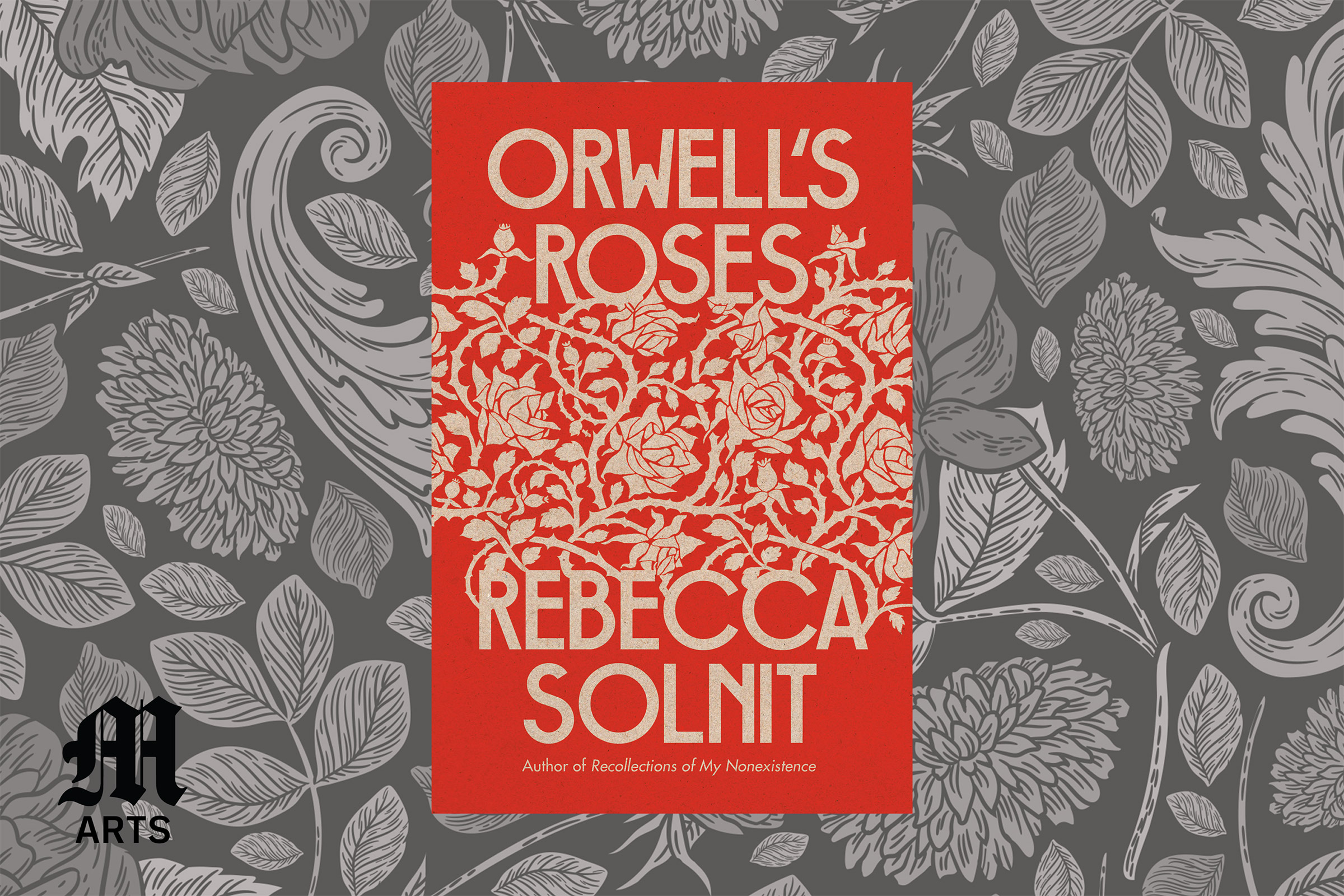 “1984” is one of the few novels that correctly sums up the terror of the 20th century. Universally referenced and recognized as the work that coined the eponymous phrase “Orwellian,” “1984” is the truest expression of the end state of totalitarianism – a dystopia of frightening realism. When I first read “1984”, I was in awe of the author’s imagination. I imagined a stern author, his forehead wrinkled across his dark, uniquely British face, leaning over a typewriter as he pondered the evils of his time.

Yet Orwell was much more than a dark political theorist. A thoughtful and humorous man, Orwell reveled in many of England’s quaint traditions – English puddings, flea markets, and unintelligible, friendly accents – even though he rose up against his nation’s imperialism.

Throughout his years as an Imperial policeman in Burma and his time in the trenches of the Spanish Civil War, Orwell retained a love for the natural world and the English countryside. In her new book “Orwell’s Roses,” activist and historian Rebecca Solnit reveals this lesser-known side of Orwell – a side as concerned with beauty as with truth.

“Outside of my job, what matters most to me is gardening,” George Orwell wrote in 1940.

On a trip to Orwell’s Wallington Cottage, Solnit came across a pair of rose bushes planted by the writer himself. Inspired by “the apparent frankness of the link between these two plants and him”, Solnit explores the links between Orwell’s love for gardening, his literary inspirations and his anti-fascist ideology. Delving deep into the natural history of the rose and its ever-lush cultural significance, Solnit traces Orwell’s path from the coal mines of England to the rubble-strewn streets of London during the Blitz. A truly genre-defying read, Solnit connects stories from Orwell’s personal life into an unforgettable blend of botany, biography, and political commentary.

A conventional reader might not appreciate Solnit’s style – if you need a clear plot and a strict timeline, “Orwell’s Roses” isn’t the book for you. Its introduction confused me at first. A rambling start that intertwines Soltin’s personal experience with the book’s purpose, I struggled to pin down the purpose. Still, if you can handle the twists and turns, Solnit’s ability as a biographer will quickly reward you.

Solnit describes his method as “a series of forays from a starting point, that gesture by which a writer has planted several roses”. His forays often lead to fascinating tangents, such as the one on the suffragist origins of the expression “bread and roses”. Some of these diversions are theme related, but others may seem superfluous.

“Orwell’s Roses” is loosely organized into sections rather than chapters. Each section is an 8-10 page digestible bite, focusing on a historical anecdote or modern reflection on current issues. I found his method convincing. With each chapter, a fascinating new tidbit from Orwell’s life (often a quote from his extensive correspondence) has been revealed, allowing me to witness Orwell’s development through his writing. Although frustrating at times, Solnit’s method kept me engaged, yearning for more detail as I continually reconstructed Orwell’s life story in my head.

As Solnit recounts, Orwell’s life was episodic, defined by his geography. Born to a British colonial official in northern India, Orwell grew up in pastoral England before attending the most elite school of all, Eton. In the decades that followed he served in the British Imperial Police Force in Burma, held a series of odd jobs, fought briefly in the Spanish Civil War, and eventually returned to his cottage in Wallington to write and grow books. roses. Each of these places – Spain, Burma and England’s West Midlands – served as inspiration for his less famous works, which Solnit draws heavily on to construct his narrative.

While his segments on the origins and genetics of the modern rose are quite interesting, Solnit hits its stride in the chapters recounting Orwell’s experience during the Spanish Civil War. At 33, Orwell, “in pursuit of socialism and brotherhood”, went to Spain at the end of 1936 to join the POUM (Workers’ Party for Marxist Unification) in the fight against fascism. Like his more famous counterpart, Hemingway, Orwell intended to work as a journalist, but he soon found himself carrying a gun, holding the line against Franco’s forces.

Even in the midst of the misery of the trenches, Orwell found the joy of observing the natural world around him. “On a bullet-chipped tree in front of our parapet, thick clusters of cherries were forming… Wild roses with pink flowers the size of saucers struggled against the shell holes around Torre Fabian.” With quotes like these from Orwell’s war memoirs, “Homage to Catalonia”, Solnit – always keen to return to the rose motif – nonetheless delivers a fascinating war story.

Orwell written once that “there is no such thing as truly apolitical literature”, and the same is true here. Solnit’s past as a feminist environmental activist often shines through the pages. When describing the exploitation of the Colombian flower industry in a chapter titled “The Price of Roses,” Solnit discusses how roses, a minor luxury in the West, are paid for in the sweat of underpaid and overworked contract workers. The workers’ slogan “Lovers have roses but workers have thorns” succinctly sums up the chapter.

Of course, this phenomenon is not new. In Orwell’s critical but formulated novel “The Road to Wigan Pier” he states: “Under the capitalist system, for England to live in relative comfort, a hundred million Indians must live on the brink of famine – a business, but you consent to it every time you get in a cab or eat a plate of strawberries and cream. Orwell was kind of a mess, and Solnit fits her mold. After describing the investigation of Orwell on the British coal industry, Solnit skillfully links his sentiment to the invisible supply chains of the modern world.

“Orwell’s Roses” is hard to describe concisely. This is not a biography and should not be read as such. If you can accept a few twists and turns, Solnit’s book is cultivated read, immensely enjoyable for those interested in early 20th century politics. “The best books… are the ones that tell you what you already know,” Orwell wrote in “1984”. In this case, the opposite is true. By unearthing the lesser-known qualities of Orwell, Solnit has created a book worth reading. When combined with her own powerful reflections on writing and morality, Solnit guarantees that “Orwell’s Roses” will leave a lasting mark on those who read it.

10 wild theories about the upcoming game, according to Reddit