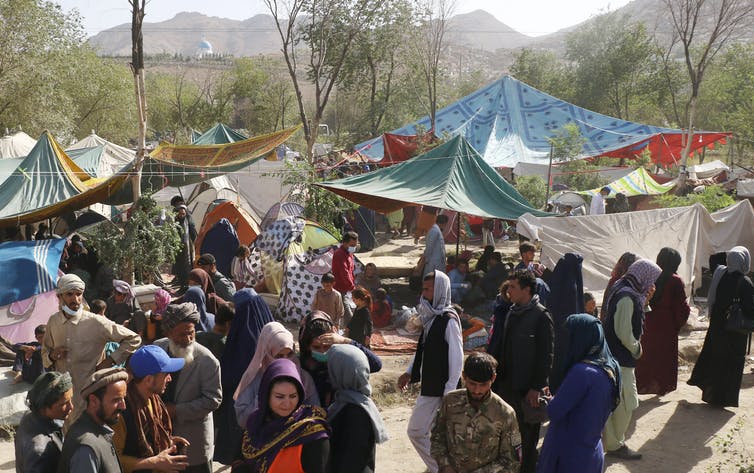 James Sayavong knows what it’s like to be a refugee in America. His father was a military officer in Laos when the Communists invaded his country after the United States withdrew from Vietnam and the surrounding region. Her mother buried documents in the yard for fear that the Communist government would attack their families. They escaped government authorities and James and his siblings were able to continue attending school in Laos for several years. The family eventually decided to flee, first to a refugee camp in Thailand and then to the Philippines. By the time they arrived in Milwaukee, James Sayavong was 21 without a high school diploma and an uncertain future.

Today, Sayavong is the director of the Milwaukee Chinese Language Academy (MACL), a Milwaukee public school (MPS) located just half a mile west of Marquette University. MACL is also home to the International Newcomer Center (INC), often the first stop for refugee children arriving in Milwaukee. His school is preparing for the first wave of Afghan children who will soon arrive in town from Fort McCoy.

Thousands of Afghans who were airlifted to the United States are now accommodated at the military base in west-central Wisconsin. MPS officials say federal officials told them about 500 of them would eventually settle in Wisconsin, but the latest tally was 399. We don’t know exactly how many school-aged children. will be in this establishment group.

MPS officials believe the majority of Afghans who settle in Wisconsin will find their way to the state’s major cities for several reasons.

First, large cities like Milwaukee, Madison and Green Bay have the infrastructure to help refugee children make social and educational transitions. City school systems have already gone through this process, most recently with children from Somalia and the Rohingya from Myanmar (Burma).

Second, refugees from the same countries tend to congregate. Along the highway between Minneapolis and Milwaukee, in every major community, there are Hmong families.

Finally, many Afghans here come from large urban centers. The capital, Kabul, has a population of over 4.5 million, so big cities might feel more like home.

MPS is preparing for the arrival of an unknown number of children.

Mike Blecha, a retired Green Bay School Board member, recalls the language challenges faced by Somali parents and students when they first entered his school district. No one in the district spoke Somali; no Somali parent spoke English. Finally, the school system found a Somali high school student who spoke French, a language widely spoken in Somalia, where France was a colonial power. This student became the translator.

Kourosh Hassani is the ESL Teacher Leader for MPS and speaks Farsi Persian. About 78% of Afghans speak Dari Farsi, so Hassani and others who came from Iran should be able to speak to Afghans in their mother tongue. In addition, many Afghans who came here have worked as translators for US military and government officials and are fluent in English. While the Somalis and Rohingya came to the United States without knowing anyone, many Afghans have contact with American soldiers with whom they worked, often fought, side by side.

Erin Sivek is an English and English as a Second Language (ESL) teacher at INC. For three years she taught English as a Second Language at South Division High School, initially teaching predominantly Spanish speaking students. But very quickly, his program was overwhelmed by students from other countries in Africa and Asia. MPS officials asked her to come to INC because she seemed to have the ability to fill in the gaps with students coming from those foreign countries.

She says she wasn’t sure if she could make the transition from high school to college, but now thinks it was the right decision looking back on the ten years she spent at INC.

MACL is a K-8 school, and K-3 refugee students are integrated into mainstream classes with the added support of ESL teachers, a psychologist and a social worker. The idea here is that while the refugee children received little or no formal education before coming to Milwaukee, the younger ones are still only a few levels behind. They can catch up.

But for college students, the educational gap can be significant. Sayavong says they had students who didn’t know how to hold a pencil.

Sivek says there is a lot to learn even for students who can read and write in another language. The written Afghan language is similar to the Arabic script, moving from right to left and using a different alphabet.

Some INC students come from countries with few computers and little Internet access. The entire MPS system is web-based, and students must learn to navigate Chromebooks to accomplish their educational tasks.

Some students come from education systems heavily dependent on memorization and rote learning. Sivek says these students sometimes struggle to make the transition to teaching that focuses on critical thinking. All of these differences do not apply to students from other countries. Students from Zambia and Malawi, for example, were educated much like students from the United States.

There are also cultural and religious gaps to navigate.

During recess, a student asked Sivek why she wasn’t wearing a hijab because “You are a Muslim”.

She replied that she is not a Muslim.

“What is your religion?”

Other girls said, “But we hate you, no wait, no we don’t.” The girls had to rethink their attitude.

Several years ago, she remembers talking to a college student, “We don’t have to listen to you,” he told her. “The men are in charge. ”

Although Afghan children come from an ethnically segregated country, most of those who come to America have been exposed to a Western way of life, attending classes with both genders and seeing women in positions of authority. all levels of business and government. Girls and women can wear headwear, but not burqas which cover women’s bodies from head to toe.

Hassani says, “They don’t want to be under the burqa. “

Some of Sivek’s best memories are from the students who return to visit him. “Even those who had behavioral issues or didn’t think this was the place for them, we have students who come back every year, whether they’re from high school or college; they often come back together: ethnic, religious, cultural… that’s one of the biggest things.

Many students have traumatic memories of the difficult experiences they had while fleeing their home countries and of living in refugee camps.

Sayavong recalls that Rohingya refugees were unable to come to the United States right away because of COVID. In one family, the mother was diagnosed with cancer while the family was in a refugee camp in Malaysia. She died two weeks after her family arrived in Milwaukee. The young father, who had a four-year-old and a second year old, was trying to start a new life in a foreign country without a mother. The four-year-old cried every day at school. It took a while before it could function normally.

For students who experience trauma, the reaction can be a reaction of resignation, Sivek explains. She remembers a student who wrote about the disappearance of his house. For a while, he stopped participating. Then he completely stopped coming to school. It took a long time to get it back on track. But he is now in college.

The emotional toll of the Afghan children now arriving in Wisconsin is still unknown. The experience of being uprooted and taken thousands of miles to an unknown land will certainly have an emotional impact.

This year INC will have a dedicated psychologist, social worker and parent coordinator who was once an INC student after fleeing his home country to Africa.

Since many Afghans coming to the United States speak English, and some may have college credits or graduate degrees, MPS is exploring the possibility of hiring Afghans as class paraprofessionals, and ultimately moving them to l English as a second language or to classroom teachers.

Many MACL middle school students attend high school at Milwaukee High School of the Arts, just half a mile away. MHSA music teachers come to MACL for instrumental music. “The students may not be able to speak English yet, but they can play music,” says Sayavong. Their participation in the instrumental program becomes their audition for the MHSA. In turn, the high school has added additional ESL teachers for their support.

But high school students who come directly to MPS without going through the INC program should have a full bridging program like they did at MACL, Sivek says. Today, many high school refugee students are in the South Division with extensive ESL support, but Sivek believes that is not enough. A more elaborate transition program was on the drawing boards several years ago, but has never been implemented. She hopes that the superintendent and the board of directors will reconsider the creation of a reception center at the high school.

Sivek reflects on these experiences: “We are so lucky to have students from all these different religions, language groups and countries. … And once they get into the program, learn together, they see all of these things that they have in common.

Sivek concludes: “We are really going to have a great year. “