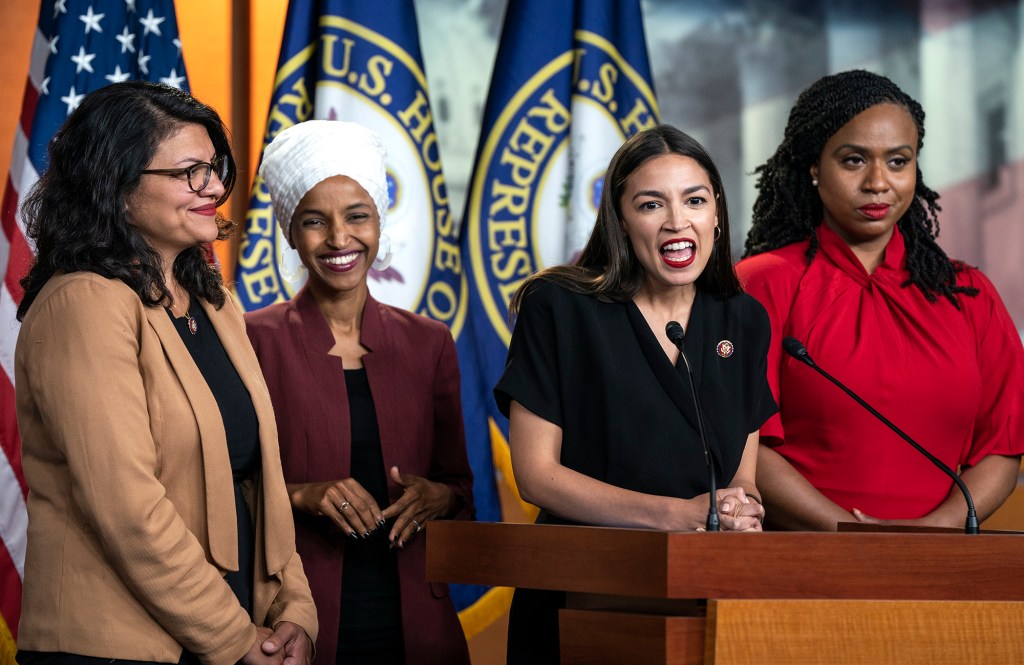 The problem: the members of Leftist House who pushed for an end to US funding for Israel’s defense of the Iron Dome.

It is shameful that a group of House lawmakers are holding a bill – which sought to prevent a federal government shutdown – hostage because of their hatred of Israel (“Anti-Semitic squads win again,” editorial, September 23).

The disposition the squad demanded was intended to fund Iron Dome, a defensive system that protects Israeli civilians from rocket attacks.

During the recent war, Hamas fired more than 4,000 rockets from Gaza into Israel, killing 12 people, including two children. Without Iron Dome, thousands of Israelis could have been killed.

The Iron Dome will be funded regardless – Democrats and Republicans overwhelmingly support Israel. However, this anti-Semitic House clique must be held responsible for threatening to harm their own country in order to facilitate Hamas’ efforts to kill innocent Jews in Israel.

It’s no surprise that Representatives Alexandria Ocasio-Cortez, Ilhan Omar, and Rashida Tlaib influenced temporary funding for the Iron Dome, which protects all citizens of Israel – Jews, Christians and Arabs.

Perhaps they should read Micah 6: 8: “What is God asking of you? Only the exercise of justice, the love of kindness and to walk humbly with God. We get the exact opposite of these individuals.

There is only one reason to cut $ 1 billion for Israel’s Iron Dome from the government funding bill, and that is to kill Israelis: Jews, Christians and Muslims. .

While it appeals to anti-Semites, inside and outside Congress, it is incredibly short-sighted.

In May, radical Islamic terrorists in Gaza fired more than 4,000 rockets at Israel.

What if the Iron Dome hadn’t worked properly? What would have happened if one or more rockets had hit skyscrapers in Tel Aviv, or a school full of children in Beer Sheva or Nazareth or the al-Aqsa Mosque?

The answer is clear: there would have been a full-scale war in Gaza, with thousands of deaths.

The Squad is made up of outright anti-Semites who are beginning to take control of the Democratic Party.

The latest proof is that the squad has called on House Democrats to withdraw US funding for Israel’s Iron Dome system that protects Israeli civilians from rocket attacks by Hamas and Hezbollah.

Representative Omar tweeted: “Don’t sell weapons to anyone who violates human rights,” as if the only democracy in the Middle East, by standing up for its citizens, somehow violates the human rights of people. Palestinians.

By forcing the party’s so-called moderates to bow to its radical platform, the Squad is demonstrating that it is in charge of the policies the Democratic Party will pursue in the future.

So the reasonable party now finds themselves with a difficult choice: stay on board while the Democratic Party descends into the sewers of radicalism, or get off the ship.

The Iron Dome is not an offensive weapon and protects the innocent from terrorist attacks.

The left has proven that sacrificing Jewish lives is once again acceptable in the 21st century. The anti-Semitic attacks, coming mainly from the left, are alive and well in a House controlled by the Squad.

Want to weigh in on today’s stories? Send your thoughts (with your full name and city of residence) to letters@nypost.com. Letters are subject to change for clarity, length, accuracy and style.