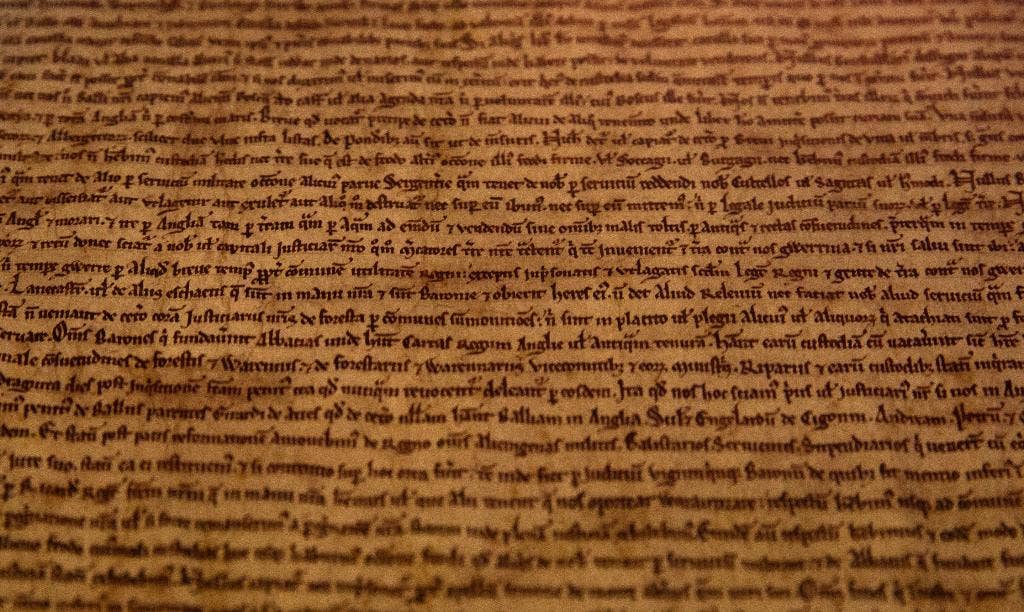 A new exhibit at the Museum of the Bible in Washington, DC will examine the struggle for freedom in the context of the role of the age-old Magna Carta and the English Church from its inception to the present day.

Written in 1215, the Magna Carta forced the King of England, King John, to cede absolute power. Today, this is seen as the first step towards constitutional law rather than the hereditary power of royalty, LiveScience reported.

It was the first English charter to directly challenge the authority of the monarchy with a declaration of human rights. The nobles gathered in 1215 to declare their rights to King John.

A detail of the Salisbury Magna Carta, one of four original Magna Carta manuscripts that were first collected by the British Library, on display at the library during a media preview in London in 2015. The document established the timeless principle that no individual, even a monarch, is above the law. (AP Photo / Alastair Grant)
(The Associated Press)

The exhibit, titled “Magna Carta: Tyranny. Justice. Liberty.,” Begins in medieval England in the early 12th century when the document was created and explores the people involved. The second part of the presentation looks at the American colonies in the 17th and 18th centuries, when they took on new meaning amid the struggle for freedom against British rule.

The exhibit concludes with a review of the Magna Carta in modern times, starting with the United Nations Declaration of Human Rights to the impeachment of former President Bill Clinton and beyond.

Also featured will be interactive screens and a film featuring award-winning actor Andy Serkis on the document’s impact on the world.

The exhibition opens Friday and runs until January 2, 2022.

From Aries to Pisces, know how your day will go on Thursday