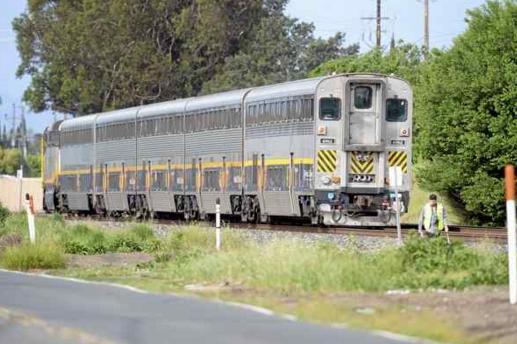 Send your letter to the editor via this form. Read more Letters to the Editor.

Re. â€œMegaprojects: Over budget and behind scheduleâ€, page A1, June 27:

I have been involved in the design of railroad and rail transportation projects, including many in the Bay Area, for over 35 years. One of the main reasons, in my opinion and in my experience, for cost overruns is the inability to adequately account for contingencies in project planning.

Engineers typically add around 30% to the estimated costs to account for contingencies, but I’ve found a figure around 100% to be more reasonable. But the clients I’ve worked for don’t want to take that large number, and the engineers don’t want to offer them because that makes the estimates bad.

As for the projects described in the article, each had particular changes the audience made to the original design, known as scope creep, which could not have been anticipated in the beginning. projects.

Oakland’s mayor and police chief lament a budget that will only increase police funding by $ 9 million (“Oakland Chief: Budget Makes City Less Safeâ€, Page B1, June 29). They cite a year-long increase in gun violence and lower police numbers than the former leaders allowed.

The police cannot stop crime: people do not commit crimes in their presence and we cannot place an officer on every corner.

A thief shot me on a residential street on November 29, 2009. An officer one block away heard the gunshot. A jogger immediately showed him his location. He could not prevent the crime, and nothing he could do would lead to the author’s arrest.

Gun violence erupted across the country, regardless of police levels. The Fort Worth chief explained, “We can’t stop our way out of there.” Forty-five years ago, Boston Police Commissioner Robert DiGrazia referred to “the misconception of politicians that the police – in ever-increasing numbers and with more and more gadgets – can single-handedly control the crimes “. Why are they putting more emphasis on what does not work?

The origin of COVID could
threaten all virology laboratories

The East Bay Times this month published a number of articles on suspicion that the COVID-19 virus had emerged from a Chinese laboratory in Wuhan.

Unfortunately, blaming a single lab misses the real danger. If the virus comes from a lab, the culprit is virology itself. A laboratory origin of COVID-19 is linked to virology, what Chernobyl and Fukushima are to nuclear engineering. After these terrifying nuclear accidents, Germany and Japan pledged to shut down all their reactors.

Now our world must decide whether the virus labs should shut down. And not just the one in Wuhan. Maybe all of them.

No confusion about the United States
bishops power game

In response to â€œCommunion Controversy Misunderstood by Manyâ€ (Letters to the Editor, page A6, June 25): There is absolutely no misunderstanding. It is blatant power play on the part of the American bishops to pressure President Joe Biden to withdraw his support for abortion since official Catholic doctrine prohibits abortion in all circumstances.

Behind the scenes, of course, there are Catholic lay right-wingers, down to their silver hips. But Joe Biden’s duty as chief executive is to uphold the laws of this country, which include Roe vs. Wade. And the purpose of the First Amendment was to remove religious doctrine from the laws of our land.

Pope Francis is not happy with these actions of the American bishops and has already warned them against this “militarization” of the Communion against Joe Biden. But they persisted. Perhaps the Pope could (and did with Chile) require all bishops to submit their resignations, and keep only those with little brains.

the meat shortage caused by the COVID-19 pandemic will keep our outdoor grills safer on Independence Day.

Enterprising American food processors have faced this dilemma head-on by developing a rich variety of convenient, healthy and delicious veggie burgers and veggie dogs. These products do not contain nasty insects or carcinogenic compounds. They lack the cholesterol, saturated fat, drugs, hormones, and pesticides of their animal-based alternatives. And they are available in the frozen food section of our supermarket.

On this Independence Day, let’s declare our independence from the meat industry and their barbecue bugs. Let’s welcome convenient, delicious, healthy and environmentally friendly plant-based meats and dairy products into our kitchens.